Sali’s neighbor is an insomniac. She lounges on her balcony every night—provided the sky is clear and the mosquitoes aren’t nipping—and she waits. Sleep will come, but sometimes it doesn’t, and Sali’s neighbor has the privilege and curse of watching the sun rise. Sali drives in circles all day—a university bus route—and her dreams have descended into analogous, sinister loops, so now Sali is frightened to sleep. She fears she’ll wake up mad, one morning. She lives alone, but you’re never really alone when there’s a human being on the other side of your east wall and your west wall.

Sali eases back on her scarcely-used lounge chair, and she looks up at the moon. It gives her a side-ways smile, but that only reminds her of turning her bus to the left. She squeezes her eyes shut for a rattling moment. The night is warm, bordering on muggy. Cicadas screech from the trees, a safe two-hundred feet away from her balcony, but they still put her on edge. She faces west, but she doesn’t acknowledge the insomniac, who has of course taken up her nightly post beneath the stars. Our dream-fearing bus driver craves silence. She things the absence of everything will chase the dreams out of her head, and float them into space. The long-suffering insomniac smiles to herself and shakes her head, because she knows better.

“Sali?” calls a smooth voice above the persistent chorus of cicadas.

The young woman in question sits up from her uncomfortable chaise. She pretends not to have noticed the presence of her western neighbor. “Oh. Evening,” she says distractedly, although there was nothing she could have possibly been focused on.

“Welcome to the Synergetic Slumber.” The neighbor’s eyes glint despite the lack of lighting. Her smile is as pleasant as her voice is unnervingly calming. She sits at the edge of her own, considerably more plush lounge chair, legs spread, elbows on her knees, torso leaning forward like a cat. But for her light-brown skin, her black clothing would all but meld her into the darkness. She embodies the night.

“I’m sorry, the what now?” Our Sali’s never been one for riddles.

“Hmm,” the neighbor responds pedantically. “Don’t worry, dear. I can help you.”

“With?” Sali is unaware she had asked for help.

“Your slumber. What else?” She gave a short, spurious laugh. “You’ve got that look about you, dear.”

To be clear, Sali is not much older or younger than the pretentious insomniac. There’s no need for such frequent use of “dear”. Let’s just hope she doesn’t introduce “sweetheart” tonight.

“Is it that obvious?” asks Sali, who has spent night after night silently screaming for her dreams to be more forgiving. Had she been inclined to self-harm, she would have torn chunks of her hair out, weeks ago. She has endured such repetitive torture that tonight, she doesn’t feel tired. Adrenaline. It keeps you awake, but if you were to only let go, you’d see how exhausted you truly are.

“Terribly obvious, sweetheart.” Ah, there it is. But our darling, sweet Sali is desperate for help. She’s long known that her neighbor—whose name she has long forgotten—is an insomniac. A part of her was hoping—while the rest was denying—that the sleepless neighbor would offer to help her tonight.

“Lie back, my dear,” the neighbor instructs gently. Sali does, ignoring the feel of the hard frame beneath her cheap, thin cushion. “Close your eyes. Breathe deeply. Listen to my voice and think only of the moon.”

“The moon?” Sali questions. She is reclined, eyes closed.

“Unless you would rather think of your demons.” So this was not some witchery. Sali shudders to think about thinking of her demons. She welcomes the moon into her mind as if her eyes were still open. “Good. Now take yourself to a vast, open space. A field, perhaps. Or an empty beach. A deserted parking lot, if that’s your fancy. But I would prefer nature. It’s easier to paint with.”

These last statements are confusing, but Sali follows the instructions. She settles herself on a hammock between two palm-trees, surrounded by miles and miles of sand, with the ocean roaring to her left.

“Excellent,” the neighbor intones, as though she is there with Sali, on the beach. “Now, say the following phrases aloud. I am allowing my Slumber to be peaceful. I am willing to heal my sleep. I am not alone in this Synergetic Slumber.” Sali repeats the phrases as her neighbor says them, although she’s unsure what the last phrase means. Perhaps it just acknowledges the presence of her neighbor.

“Excellent,” commends the neighbor, soothingly. “Excellent,” she repeats, softer this time. There is a sound of wood creaking, like she is leaning back into her own chair. “I am not alone in this Synergetic Slumber,” she says, and Sali repeats it with her, only half present in the waking world.

With her eyes closed, Sali looks up at the moon while resting in a hammock on the beach. It doesn’t have to make sense, it only has to be peaceful and healing. And then, Sali is not alone on the beach. The image of a woman glistens into being. She is back-lit by the moon. Unlike her corporeal persona, she wears the warm colors of the rainbow. Happiness in so many blending shades. She’s the sun, and nothing like the moon. But how is she here?

Sali asks the question, but she doesn’t use her voice. She speaks into her dream.

“So you wouldn’t be alone in your dreams,” the neighbor smiles. She imagines her own hammock beside Sali’s, and joins her neighbor in looking up at the moon-lit daytime sky. “This is the only way I can sleep,” she admits darkly.

“What is this?” Sali doesn’t sound as shocked as she should be. But shouldn’t she be? What indeed?

“It’s a gift and a curse,” says the neighbor sadly, as she makes sparks appear in thin air, and dissolve in the next moment. “I can only sleep in dreams. The dreams of others. It’s not something people willingly allow…”

“My dreams are my curse,” says Sali soberly, and the image of the beach flickers slightly.

“No, no! Don’t think about those dreams. We are here, Sali. On this beautiful beach, a product of your own mind. Don’t you feel at peace?”

“Hmmm…” Sali hums, in the throes of early sleep.

“Good night,” murmurs Sali, and her neighbor can only smile as she finally closes her eyes. 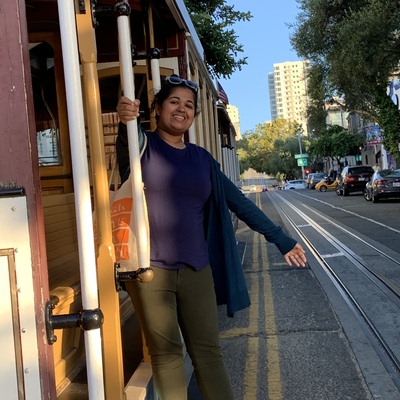 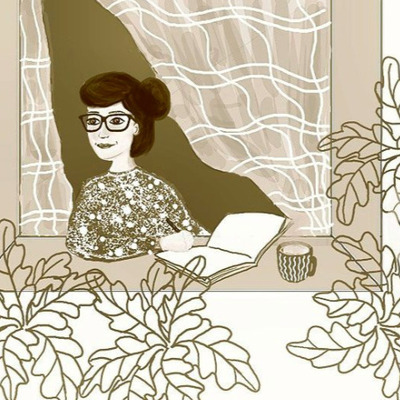 Oh my, this is magical. You've made insomnia magical. Well done! p.s. I found one typo and that's my only quibble with your creation — "She things the absence of everything will chase the dreams out of her head, and float them into space."

Thank you, I’m glad you enjoyed the magic! (Thanks for pointing out the typo, whoops! I wrote this really quickly on the night it was due, lol.)