The Piano From My Memory

Submitted for Contest #38 in response to: Write a story about someone learning how to play an instrument. ... view prompt

I stared at my phone screen, scrolled and scrolled the video-sharing website for some more. It has been 3 hours since I woke up, yet I am struggling to get out of bed. Knowing that I cannot go out anywhere does not motivate me to do anything.

It was then I arrived at the video of piano performance. Seeing the familiar name of the pianist immediately brings my legs towards the corner of my room.

Taking out the black fabric surrounding it, clearing the dust off the fallboard, I sat at the stool of my unused piano, taking the trip down the memory lanes as I hit the notes.

The first song that I have ever inspired me to play was Moonlight Sonata by Beethoven. The slow start of the music gives me a comfortable feeling, yet followed by the gradual upbeat tones as the music goes on. All it took was my mom playing the music for one time to get me allured into the world of piano.

My mom was once a finalist in a national piano competition. She did not become the winner of that competition, despite the remarkable concert that she delivered. Some rumours were that the winner had a personal affair with the head judges, allowing her to come out on top of my mom. But, my mom never had a chance to find out the truth.

My mom retired from being a pianist after the competition. She pursued a different career, got married, gave birth, moved on with her life. Despite all of that, she never forgot to play her piano, at least once per day.

I was attracted to the beautiful melody, so whenever mom is playing, I would drag a chair, sat beside her, and watched her tuts the notes. The picture of her being happy and beautiful sitting in front of the black grand piano that she owned was deeply engrained in my brain. With that admiration, I begged her to let me learn to play the piano.

Making some space on the wide stool, she gestured me to sit beside her. She taught me the very basic of the piano on that day; about the seven white block called notes, about the fingers that I should use to tap into each of the notes, about how the music is made up of a combination of the notes with varying tempo.

Soon after, she enrolled me in a class to have a piano lesson.

The first song I have ever played alone was Twinkle Twinkle Little Star, originally written by Mozart. It was the first song that I learned in my piano lesson. Clumsily pressing each note, which I am sure was with no tempo whatsoever, I was happy that I managed to move a step closer to my mom.

The first piano lesson that I have was nervewracking. I was left in a room with many pianos, along with ten other kids around my age. The teacher told me to take a seat at whichever piano I wished as the class started.

We moved on to practice the musical scale, basically pressing the white notes in sequence, forward and backward. The teacher was moving on from one student to another, and as she reached me, I was confidently playing the scale, as my mom has already taught me beforehand.

“You are so good at this! As expected of a daughter of a national-level pianist!” Surprised, the teacher complimented me.

The teacher then turned to me. “Good job, Thea,” she uttered as she pats my head, then gestured me to walk back to my seat as the class goes on.

That day, I came out of the lesson smiling from ears to ears, oblivious to the envious stare that the other students gave me.

The first song that I played on the stage was To A Wild Rose by Macdowell. It was the song that I chose to play for my first ever piano competition. The seemingly slow and relaxing melody was really difficult to play, requiring many black notes and careful finger movement to play. The song that I botched up badly when I showcased it before the judges and audiences.

As the class goes on to more complex technique, the number of students were gradually decreasing. There was only three of us when the teacher suggested us to take part in a competition.

The teacher brought us a couple of musical sheets and told us to choose as she played the music one by one. I was attracted by the clear melody of the music and made my choice immediately.

The week after, the teacher asked me to play the song for her. I had completely forgotten to practice before the lesson. Along with that, the song was filled with the many sharps notes, hence I kept making mistakes as the song goes on.

“Thea, did you not practise this at home?” the teacher asked in disappointment after I made mistakes over and over. I remained in silence, could not answer her question with honesty.

“If you do not want to practice at home, then I have nothing to teach you here,” she uttered as she shook her head, let out a sigh, leaving me to teach the other two students.

Sadly enough, it was around the final exam period at school. Focused on studying, I came back to the lesson without practising again, upsetting my teacher even more. From that point onwards, she decided that she did not want to teach me anything about the competition.

Left on my own, I decided to just practise once the final exam was done, which was a week before the competition. With very little practice time and without much guidance, I managed to deliver my worst ever performance for my first stage.

On that day, I came home crying, promised myself to put as much effort as I can for my future performance.

The first song I played after changing to a private lesson was Solfegiotto by Bach. The even more complex finger movement gives out a grand, upbeat melody. A very difficult song that I chose to avenge the losses that I had in the previous competition.

After my first competition, I came back to the piano lesson. What I found was appaling; the teacher had completely alienated me. She turned her back on me and instead, favouring the other two students who managed to win the second and third place on the competition.

I thought she purposefully showed the attitude so I realized how grave of a mistake it was from my part. I thought everything will be better as time goes on. But that was not the case.

Week after week, she kept her negative behaviour towards me. She scolded me even for a very small mistake, yelled at me when I happen to press the wrong note, and forced me out of the classroom when I cannot play a part of a song.

I was standing outside of the classroom, waiting for the class to be over to offer her my apology, when I heard the chatter between her and my other two classmates.

“I wonder why did she keep coming to class if she no longer wants to play music,” Alia, one of my classmates uttered.

“I know! She was good when she first joined the class. But now her play is rubbish, yet she came to the lesson with no practice,” Maya, the other classmate replied.

“Such a shame, isn’t it? Her mom is such a fine pianist, even went to the national-level competition, yet the daughter is talentless,” the teacher said. They went on and on, blabbering bad stuff about me. I walked away before they even finished their discussion.

Those hurtful words made me realize that I cannot bear to face them anymore; I changed my lesson to the private one.

The first and the last song that I played before completely leaving the piano for good was Raindrop Prelude by Chopin. The soft melody at the beginning, followed by a thunderstorm-like tone rushing in, ending with notes that gradually fade away, was picture perfect to illustrate my short journey in music.

I was in the last year of high school when I find playing the piano getting harder and harder. I practised and kept practising, yet I never once won the piano competition. Yet, I clung tightly on the piano, coming to every lesson, hitting the note, again and again, hoping that someday I can lay my hand on the trophy, proving my worth.

At the same time, my two old classmates were partaking the same competition, and every time they were crushing the competition effortlessly. Watching their performance that significantly gets better for every competition, a swirl of negative thought entered my mind.

Maybe I am truly talentless at the piano as they said. Maybe this is not a world where I belong.

With those thoughts, I performed for one last time, then left the world of piano.

Ten years had passed since then.

I am no longer a girl in the last year of high school, but a proper woman with a successful career. Things happen and I moved on with my life, just like what mom did. The difference is that I did not touch the piano every day, not even once up until now.

Relieving all of the happy and painful moments about the piano from my memory, I took my hands away from the notes, closing the fallboard, covering the piano back, and left it once again, untouched at the corner of my room. 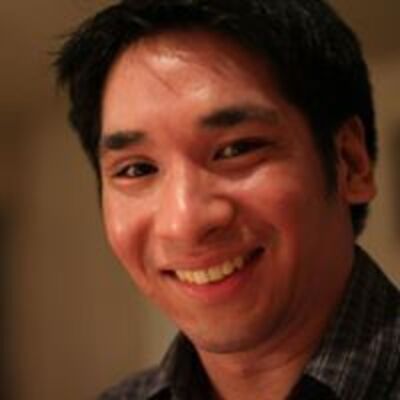 This was a wonderful story of love, loss and rekindling something you held dear before. Whether it be for nostalgic or sentimental reasons. I have a soft spot for piano, violin and cello music. So I really enjoyed this story. If you are into anime, I highly recommend Your Lie In April. Otherwise, kudos for bringing to life a bittersweet prompt.

it's a wonderful story

Thanks for checking it out, Amogh!