Luck in a Lockdown

“There would be a total lockdown” was the next sentence James heard from the television on Friday Afternoon. The painting were hung above His head, the air was filled with music coming from moving cars on the streets, hooting and horning, they sounded like the Mozart Concerto. James started hearing all of these at a very increasing rate, He could also hear His heartbeat. How would I go back to the Bay Area in California? James, an American had come for the branch meeting for His “Oil-Tech” Startup, He ran the Business with John, a Nigerian.

The Morning was hot, the flowers were looking pale, the wind was harsh, it was Monday morning, the first day of the Quarantine in Nigeria. James sat at the balcony of His friends House, holding His “Macbook Pro”; designing and simulating the next Artificial Intelligent Robot that could sense a Gas Leakage at about 200metres away, trying to be productive. He glanced at a scene that captivated His attention, He noticed a young lady dancing to the “classical”. Surprised, discomforted, James had never heard Beethoven playing His “Fur Elise” in Nigeria before, let alone someone dancing to the tune. He was discombobulated. Engrossed by the scene, James looked at the dancing ebony who was dancing with all vigor. He admired her and forgot both Beethoven and Fur Elise, James had lost it.

“James!, James!!, James!!!” John called, I’ve been standing here for some minutes, what were you looking at? Nothing, The clouds are moving at slower rate James retorted. John was there with a “Liquid-Gold”. He decided to test His source codes and the sensors with the crude oil sample John has brought, It isn’t working fine, He called the Head Office, but unfortunately, the Head office in the Bay Area was also locked down due to the Quarantine, His call couldn’t be answered.

The Sun came out in its magnificent retort, everywhere was beautiful, the birds were flying and chanting their melodious lyrics which sounded like some of Akon’s song, Nature wasn’t quarantined. The Earth’s still rotating, though the flowers were still looking pale. Rain was scarce; the Sun is doing a great deal of the job. Vanessa came out of Her house holding a “Canon Powershot A40”, taking Still-Life Pictures. James recognized the ebony, He could see a clear picture and fell for Her “award winning eyes”, Her boobs were magnificent, He hasn’t seen any of those before, save inside the television.

James wanted to communicate, He was on top of the world, His desires were at its peak. He didn’t want to play cheap, at least He’s white. He went inside and grabbed His drone, wrote a few words on it and sent it to Vanessa’s balcony. Vanessa saw a strange bird approaching, She wanted to take to Her heels, but She retired to stay. The drone stopped at Her legs and seeing a letter written on the drone, opened it and read three magnificent words. Words that set the Sun to come out each day, shining brightly, it read, “You are beautiful”. Looking around, found no-one, saw a white man but wasn’t excpecting to get complimented from a White. Africans believe Whites are “gods”. James waved at Her, so shocked, She pointed at Her Chest and asked “me?”. Reading James lips, He replied, “Yes, You, You are beautiful”. The drone came back to James who wrote another letter asking for Her Twitter’s Username. She replied and was sent a friend request, She accepted within 2minutes after James sent the request.

Perusing through Her profile, He decided to tweet Her not following the regular principles men use, He messaged, “I also love still-life pictures, but you look more like disney’s motion picture, you radiate from your spirit and take your body to attain an apex of excellence.” Vanessa felt Herself floating against the tide. She felt the roaring sea couldn’t take away Her joy, wanted to shout but James was watching. The White-Man was really into Her; She sensed. Caught up in two feeling, either to “play hard to get” or to be labeled as “too cheap”, Vanessa was confused, asking of His name His stupid since He sent a request and also Has a profile, She decided to answer, “Wow, I never knew Whites love Still-Life, Do you also like Fishing?” John had never gone fishing before but Vanessa was beautiful, He answered “Yes”. The conversation had started, everywhere is lited up.

The wind was now exhaling, they had eating brunch on the balcony apart, everywhere was flowing with natural endowment. Goose pimples were already on Vanessa’s Skin, She had messaged some of Her friends and told them about Her good fortune. Vanessa feeling guilty, asked James, Do you have a Fiancée in America?, James stopped the conversation, He looked up, they stared at each other for about half a minute, Vanessa perceived peril was a step away, She could hear the cock crowing, telling them the exact time. James had lied about fishing, He didn’t want to lie about His fiancée in the Bay Area since He was still confused. He tweeted Yes. Vanessa replied, who I’m I to you?. The question sounded to James a little funny because they just met. How come He was to give a quick answer, this must be some kind of a joke, He thought and didn’t want to end the conversation so He played it safe, at least that is the theme of COVID-19, Stay Safe. He replied “my heartbeat”. James was good at two things, programming software and a lady’s mind. He was the “Joker”. Vanessa believed Him and thought He couldn’t be lying, at least “gods don’t lie”.

The Sun was now getting ready to set, the sheep and goats were going back to their homes, humming their favorite tune, “Blah, Blah, Blah Sheep”. What would you be eating for dinner Vanessa tweeted, James replied “Amala and Ewedu prepared by you”; Me?, We are to maintain Social distancing. Don’t worry I was only joking, Have a sweet night rest James answered. Blacks are very good in magic, maybe that’s why its called black magic. He was wondering if He was under a spell. How come He fell for a black. John had watched part of the scene and tissed James on entering the beautiful Mansion. James and John ate dinner and went to bed.

It was morning already, James got down from His water bed, He couldn’t feel His legs and commented He had lost weight throughout the night. He went outside to receive nature’s abundance. Getting to His Balcony, He saw Vaneesa trying to jump down from the first floor of Her house, James was shouting, telling Her His love for Her, promising the Heavens but unfortunately, James couldn’t hear His voice, how would Vanessa hear. Vanessa had jumped, it was too late. James woke up from His sleep sweating profusely. He had been dreaming, was Vanesssa a dream from the start? To satisfy His curiosity, He ran to the Balcony and saw Her there, She saw Him and blew affectionate kisses at Him. James shouted “don’t jump” but it wasn’t a dream again. Vanessa could not hear what He was saying but reading His body movement She burst into laughter, thought it to another Taekwondo skill. She tweeted Him “Good Morning, Handsome, you impregnated me through twitter, I’m carrying your baby”

John came running, James, see this, your government has promised to transport you back home, just logon to the Embassy. James was heartbroken. He just met Vanessa yesterday, and asked when the plane would be leaving. John answered, tomorrow, Wednesday. Not able to hold it, James went inside, put on the television and sat oln the couch. Not able to watch, logged in to His twitter Handle and saw a message from Vanessa, “what’s up with the mood” James explained His returning, it was a grateful Tuesday Morning.

It was Wednesady Morning, the day was abnormally cold as if nature was playing to man’s calendar. John drove James through every checkpoint explaining their mission with their international passport on hand, they got to the embassy. Everyone was putting on a face mask, but the embassy was deserted, a place that once looked like “Kari Baoli, India” was now like the “Sahara”. He was to be tested by 9:00am but they were 10minutes late. He was tested and by 11:00am the results came out. He tested negative to the virus and was safe for travel. John drove to the airport where He entered the plane. The engine squalled, the airplane passed the hemisphere, James was still thinking of Vanessa but the USA was a greater challenge, He was going to meet His fiancée and to combat a great virus.

The cloud swallowed the plane, the earth was rotating, the sky was still blue, nature was doing its job and James had a blissful experience. 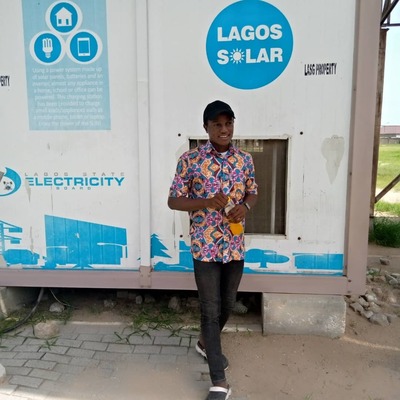 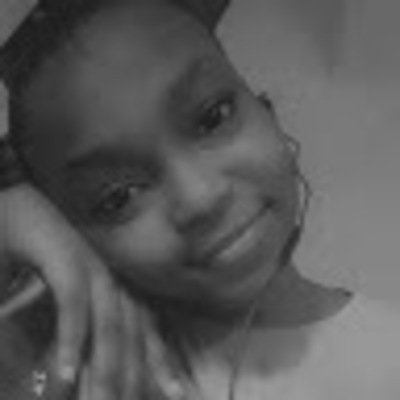 I like the metre of your sentences. There's rhythm, however, there are so many hiccups, courtesy of your underutilization of grammar(capitalizing where there shouldn't be capitalizations, quoting unnecessarily etc). You also describe well, but you tend to overdo it. Nevertheless, it's a good story with a nice setting! Keep writing! 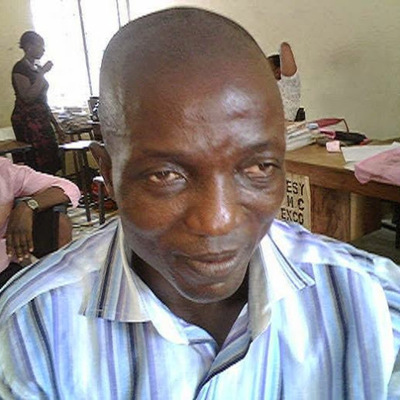