It's 6am when Bernie wakes up and stretches on his bed like a little baby. His dog , Rocco watch his master curiously as he makes his way to the balcony. Fresh spring air passes through his face and he shivers when it reaches the remaining hairs on his head. He stands proudly and look all over the town like he owns it. He turns to his door window and watch himself, taking some serious poses admiring how stunning he thinks he is.

-"Feeling hansome this morning, aren't we?" Bernie smells the cigarette scent before getting the sarcasm and amusement in the voice which just spoke to him.

He turns and give a dead stare to his neighbor, a young woman of about 20 years who lives next to his door. She smiles at him knowing she just annoyed the poor man.

-"why don't you just get a life kiddo, and work your ass up like all these brave young people going out to earn their lives" he points at the people walking down the street actively, some are even running and are probably late already

-"who was stupid enough to build this place like this seriously, one should sit naked on their balcony without being disturbed by their barbie doll spoilt neighbors " he says to himself shaking his head and sighting heavily "she won't spoil my morning ritual, nobody ever did"

In fact, Bernie had his daily ritual: standing on his balcony, take in fresh air, watch over the town like he was a god and contemplate how much he accomplished in life starting from the bottom to the top of the top. He smiles to himself...

-"so are you planning on wearing trousers or something? Not that your Calvin Klein undies are not good but they don't really fit with the big tummy and the three hairs left on your head "

He is giving the fake blond a murderous stare now, she did not just say his tummy was big, did she? He did some sports recently and his receptionist said he loosed some weight. The young girl knew she touched a sensible point... well many sensible points but she couldn't help it, the poor man was now red.

-"i meant no offense but leave the model poses to shawn Mendes, I mean you could still look like something if you did some physical activities " she says with amusement before inhaling her cigarette

-"excuse me?" she ask with indignation

-"you heard me well, didn't you? Or you could use some fresh water to wash out the extra wax from your ears" he knows this is childish, for God's sake he is 49 and divorced 3 times but this felt good anyways she looked for it "ha!!"

-"at least some of us have an active life, not my fault you are too old to possibly endure that much" she scolds him and cross her hands on her chest after crashing the rest of her cigarette on the little glass table next to her chair

He leans on the guardrail amused of what she just said

-"ohhh youths, what is it with you and sex, is that the reason why you added extra size to your breast ?" Now Bernie is laughing, holding his stomach and the fake blonde in front of him doesn't help it , she is furious and as red as he was when he got mad at her comments. Well that's what his daughter calls Express karma.

-"and you think your daughter is a saint?" She ask him now standing up and looking at him with disdain

-"oh my god Carla? No , she is not but was at least raised by actual human beings "

-"I guess you are talking of her mother, seeing how you are acting worse than you ugly dog"

Rocco, the little dog opens his eyes and closes them again like he didn't judge her worthy of disturbing his sleep .

Bernie sights heavily again, asking himself if its possible to sue someone for allowing stupid people to live in a building.

He reaches for his wrist watch in the pocket of his night robe and its almost time for him to leave . He even sees his driver parking the car in front if the building to wait for him.

He turns back to look at the young woman who could have been his daughter, she has watery eyes and avoids his gaze.

-"hey, seriously you are crying " he tries not to let his laugh burst out

-" I am not, okay? Just go on with your life and get a 4th divorce " she lights another cigarette and inhales deeply

-" and yet i though you were one of the thoughf ones" he says almost disappointed with what he saw but then his eyes softens when he remembers she is still young and have not seen half of what the world could give, be it good or bad

-" really? Cause you made me feel like shit just right now " she says quickly wiping the tears rolling on her cheeks.

He knows what she is referring to, in few words he pointed out all the things she does to get her parents attention . He knows her father well and he also knows he filled the gap of his absence with gifts and money.

He loses his gaze on this town he loves so much and scratches his tummy and seems to be considering something seriously.

-" you know, being young is not an excuse to be stupid " he says seriously and she looks at him with a mixture of curiosity and offense " i mean no offense but if you have to fight for someone's attention, then its not worth it, you better grow up and live your life maturely "

-" don't you dare disturb my morning ritual again " he says before going and mumbling something about spoiled brats and incompetent architects. Now she laugh out loud remembering Bernie's look when she spoke about his tummy.

She crashes her last cigarette and walks into her room closing the glass door of her balcony. 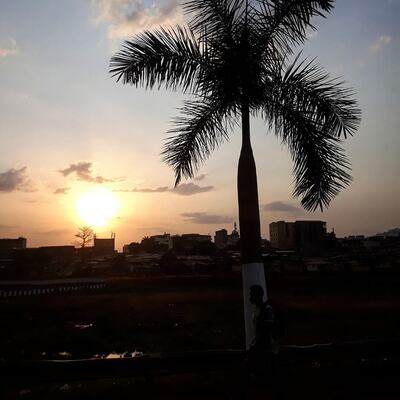