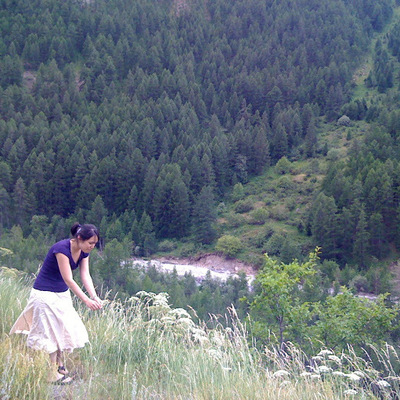 “They wouldn’t dare,” I breathed. A cold hand clutched at my chest. A life without Binky? It was too terrible to contemplate. Who would calm the tumultuous thoughts that clogged my brain before sleep? Offer me succor in the middle of a tantrum? Bring comfort when Big Mamma had abandoned me, as she did daily, in this alphabet-clad prison?

If what Skylar said was true, I would need to hide Binky away, devise some sort of plan to outwit the cruel overseers of our fate. I would never willingly let them take Binky from me.

I needed details, but Skylar’s information was tapped out. I considered other possible sources. Westyn usually had the scuttlebutt when it came to teacher gossip, but she was in time out and the countdown clock had just started; I couldn’t wait for five more minutes! My eye caught on Piper. She was smart, and often kept her ear to the ground. She might have the information I sought.

“Yeah, I heard that rumor, sugar,” she said when I found her, sitting in her usual corner, by the coloring table. She was wearing a cute little pink number, with “Future President” spelled out in sequins across the front. “I could give you details, but it’s going to cost you.”

“Damn it, Piper! You know I gambled away all my goldfish crackers already this week! Big Momma won’t refill my stash until Tuesday, and by then it may be too late.”

“We could arrange an alternative method of payment,” she purred. “I need a favor and you just might be the toddler to do it.”

I grunted my willingness to hear her out.

“Jason took something of mine last week and I want it back,” she said. “Bring me back my Dolly, and I’ll tell you what you want to know about the coming pacifier purge.”

Jason. God in heaven, why couldn’t it have been anyone but him? He’s bigger, louder and meaner than any other kid around these parts. Known for knocking block towers over just for fun, and throwing tantrums at the drop of a hat, he was a bully through and through. There was no way I’d be able to convince him to give up Piper’s Dolly. I’d have to steal it from him, plain and simple.

Lucky for me, Jason is big, but he ain’t smart. I made nice with him up until nap time- shared my apple slices, helped him make a fort of Lincoln logs, even let him color all over my drawing with the red crayon. But once the lights were out, I waited until I heard his breathing deepen, then I made my way to his blanket.

When I was halfway there, someone coughed, then Skylar started crying that he needed a diaper change. I saw Ms. Thompson look up from her magazine and I flattened myself to the ground. As she was walking Skylar to the changing table, I army crawled the rest of the way to Jason’s blanket, pulled a quick switcharoo of Minnie Mouse for Piper’s Dolly, then high-tailed it outta there. I took the long way back, past Piper’s blanket, and made the Dolly drop.

“Meet me by the sand box after snack time,” she whispered. Then she turned over and went back to sleep, with Dolly clutched to her chest.

The rest of nap time was torture. I lay awake, terrified that Jason would wake up and notice the missing Dolly, and that Ms. Thompson would know it was me who stole it. I worried that Piper wouldn’t keep her end of the bargain. She could be tricky, and she’d double crossed me before. Above all, I fretted over my precious Binky, and desperately tried to think of a way to save it from the coming purge.

When the lights finally came on, I hadn’t slept a wink. Jason, that big oaf, didn’t notice that Dolly had been switched for Minnie until 5 minutes into snack time. Once he did, he went into full on tantrum mode. I snuck out to the sandbox once he started throwing things, glad for the distraction to cover my absence.

Piper was already there. “It’s bad, Gus,” she said as soon as she saw me. “I overheard Ms. Jenkins talking with Ms. Thompson yesterday. There’s a disagreement between two parent factions. One wants to limit Binkies to nap time only, and the other wants to take away all Binkies from us forever!” Her voice caught, and a she angrily wiped a tear away. “They’re still in negotiations, and there’s going to be a parent meeting to try to broker a deal tonight. Whatever they decide, it will take effect on Monday.” She took my hand, a rare gesture for such a hard-boiled dame. “I’m not sure I see a way out of this one, sugar. I’ve already stashed a back up Binky here and one at home, and I suggest you do the same.” She squeezed my hand, then looked around. “We’ve been outside too long. Wait at least a minute until after I’ve left; it can’t look like we were here together.”

What to do? I had my doubts about the success of Piper’s “back up Binky” plan. I’d tried something similar when Big Momma started limiting my goldfish cracker supply last month, but she quickly found every secret stash I had. Could I scream my way out of this? Again, prospects seemed poor. I’d thrown some of my best tantrums for weeks when Big Momma and Daddy-o brought home Baby, yet here we were, 6 months later, and not only was Baby well-entrenched, his crying fits at times put mine to shame. I grudgingly admired his dedication to the craft; it was hard to perform every morning at 3am, but he did it.

Maybe it was time to strike out on my own. Without Big Momma and Ms. Thompson around, I could suck on Binky whenever I wanted, and eat goldfish crackers all day. No one would make me take a nap if I didn’t want to, and I’d never have to share the red crayon ever again. Besides, I had a feeling this Binky debacle was only the beginning of unwanted changes. Big Momma had started to drop hints about where big boys pee, and even Daddy-o had started to talk up the porcelain throne. The writing was on the bathroom wall, and I didn’t like what it suggested.

I was making a break for it across the playground when Big Momma’s voice stopped me in my tracks. “Augustus Theodore Winkler the third, where do you think you’re going?” She was at my side in seconds, and looked at me reproachfully before slinging me ignominiously over her shoulder. “You know you aren’t supposed to be outside by yourself. If I didn’t know better, I might think you were trying to run away from daycare again.”

Round one to Big Momma. I don’t know how she does it, but she’s always one step ahead of me. I wasn’t giving up, though. Tomorrow I would try again- for Binky, for goldfish crackers, for freedom!