If Only I Knew

If only I knew. I would have seen past the charming looks, the sweet compliments, those kind eyes.

If only I knew. I would have seen the dangers, the lies, the pain he was causing me.

If only I knew. I would have had a fighting chance, I would still have my freedom.

My mother always told me to be wary of strangers. They lured children away with promises of candy in white vans. Strangers can’t be trusted, but everyone is a stranger at one point. No one could be trusted then. A child could use that as an argument to place their trust in strangers.

If only I listened.

I loved my dog, I had named him Pebbles. Pebbles was my best friend, but then he went missing. I put up posters and called his name down the streets. I cried my heart out, waiting for my dog to return. And he did.

At the door, a stranger. I wasn’t going to open the door, but I heard Pebbles. On the other side was my dog, held by a stranger. A boy. Cute clothes, friendly face, excellent manners.

If only I saw it.

He was my hero, He brought back my dog and helped me teach him new tricks. I never caught his name, but he knew mine. A young, naive mind never saw past him bringing back my beloved dog. He asked for a kiss as thanks, and I saw nothing wrong with that.

But there was something wrong.

Years later, I saw him again at the mall. I wanted a game, everyone in my class had it. A new game was the only thing on my mind. The price was high, my wallet empty. I pouted and complained. All I wanted was the game; I cared for nothing else. I saw him again. He approached me, saying my name, but I didn’t know his. He said he could help me get my game, he had the money. Help from this familiar stranger couldn’t hurt.

He just wanted a favour. I trip to the bathroom together, with locked doors and a camera out. He said he was an artist in need of a muse. All I needed was to take off my shirt, and the game would be mine. It was that simple.

College parties were a hit in high school, all the cool kids went to them. I was ecstatic to be invited by my friends. I thought it would be the best.

But I was wrong.

They spoke of sex and loss of virginity as if it was a trophy. My friends had that trophy, but I did not. I wanted it. That’s where I was him again. I knew not his name, but I knew him. My familiar stranger. Friendly and helpful stranger. He offered to help me get my trophy. He told me that losing it to an older guy just made it more valuable. I thought I saw a golden opportunity, so I took it.

How I was so blind.

He came to the funeral. I had lost my parents. Drove off the rails and drowned in the ocean. It was a terrible accident, an unfortunate event.

But it wasn’t an accident.

If only I knew it was a fake.

If only I knew that he deserved nothing.

The burning pits of hell were the only things he deserved.

If only I knew the hope was a lie. Maybe I would still be living a life.

I thought everything was turning around. I thought I found myself a life where I could be happy. I was happy. Naively happy. I was living a beautiful life.

I was living a lie.

The worst of the worst came in disguised as a happy move. Into a bigger house, where a garden would grow, and his children could be raised. I wanted to raise his children. I thought I had found the one. I thought I was in love. We had become so much more than strangers after all this time.

But he was still a stranger.

I knew nothing at all.

He left for work, left me alone in the new house. I wanted to be helpful, I wanted to surprise him by unpacking his stuff.

I found the camera. The photos all there. I was looking for my dog. I was at the mall. I was changing in my room. I was passed out drunk. I was in them all. Hundreds. Hundreds of pictures. I needed to get out.

But I was too late.

He came home early, he saw me with the camera. I made the mistake of calling him out, telling him I was leaving. I thought I was the stronger person. I thought I could win.

What a mistake that was.

The basement was locked, I knew why now. He stripped me down, stripped everything I had left. I have no power, I have no control, I have no choice. Chained and alone, until he wanted to have his fun.

If only I hadn’t been so trusting.

If only I hadn’t been so naive.

If only I had pieced it together before.

If only I knew.

He was still a stranger, one I never knew. 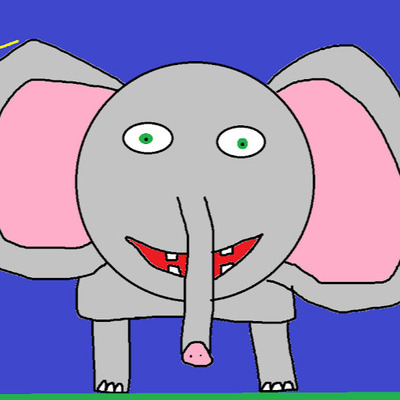 That was scary. Very descriptively dark. I'm pretty sure you're going to win the contest this go around with this piece.