The Wind and the Song

When Tom walked into Aunt Elizabeth's house, he couldn't deny he was glad to see the painting was gone. The aged home was filled with dusty art and ornaments that would generally be regarded as unsettling, but the painting had always been the worst.

Aunt Elizabeth was a retired archaeologist. The woman had once travelled the world and lived an explorers dream. Like many adventurers of her time she gathered queer and macabre objects from far away lands and filled every surface in her home with them, giving it the eerie, static weight of a museum.

Tom's mother - Elizabeth's sister - had died only a few months previously. An only child, and never having known his father, Aunt Elizabeth was now the only family he had. His weekly visits were more for her sake than his though. At 89, she was slipping away from reality at a startling pace. Tom didn't think it would be long until she would be in need of more permanent assistance.

Tom fetched tea and biscuits from the kitchen and placed them on the table in front of a compacted, greenish settee. Sitting down next to his Aunt, who was staring into space, he roused her back to him.

"Auntie, Where did the painting go, the one of you and my mother?" He gestured towards the empty wall.

Aunt Elizabeth turned her glazed eyes in the general locality of his point and cocked her head slightly, not focussed on anything in particular.

"Painting my dear? There was never a painting there".

Unconcerned, she poured the tea, sloshing a good deal of it over the brim of the cup. Seizing the pot, Tom steadied her hand and helped her replace the china back on the tray.

"There was a painting there, don't you remember? I came to see you last week and it was definitely there then."

This time, Aunt Elizabeth didn't look towards the wall but directly at Tom, confusion suddenly replaced with comprehension. She seemed to have completely broken through the clag and looked clear and unhindered.

'Ah yes, I remember now, your mother came by and collected it. She said it was to be put elsewhere, because you don't like it'.

Tom felt every single hair on his body stand on end.

But his Aunt had departed again, painted with a vague floating look as if her head was once again filled with helium.

Tom gave up after another hour of attempted questions. His Aunt failed to break the though the membrane of her delirium even for a second more that day. She babbled about a bygone lustrous night in Cambodia and then mithered about the orange man she has seen on the television who didn't understand the world like she did. When Tom tried to bring the conversation back towards his mother she fished out a photo album, that audibly creaked on opening. Showing him flaking pictures of their childhood, Aunt Elizabeth seemed to glitch from reality every time Tom reminded her of what she had said about her sister.

The carnage of daily life drew his mind away from his Aunt for a while and a job that he hadn't been looking forward to, but could no longer put off, reared it's head. His Mother's house was to be sold and the realtor had made it clear that he really should clear up before it went on the market. Tom coveted siblings, or a wife, or anyone really, to tackle this beside him. The thought of picking through all of his mother's belongings and being the sole decision maker as to what he would take and what was to be discarded was a loaded gun. Her life had been fragile and in her will she had turned the culpability over to him and him alone, her entire estate.

Tom had not entered the house since even before Wendy had died. The hospital had been her last residence and he guiltily tried to forgot how long it had been since setting foot in her home. Her shoes, neatly pointed towards the stairs, shaped and hollowed caught his eye as he let himself in. A large leafy plant trailed it's almost dead leaves across his shoulder as his passed into the kitchen. The washing up was all done, the bin was empty and not even an open carton of milk stood in the fridge. He wondered how long she had known she was dying. How long she had been planning for her departure. Had she done all of this with him in mind, knowing he would hate to look at her unfinished life? It seemed like the kind of thing she would have done, she always was a straight, neat woman.

Later that day a removal van had set itself up outside the house and two impatient and indifferent men were bundling furniture and boxes from the house with passionless vigour. Tom climbed the ladder to the loft hoping his mother hadn't hoarded here all the clutter the rest of the house lacked. He was so close to this ordeal being over. He reached the top and peered into the space. It was dusty and dim, but with a lurch of pure relief he could see absolutely nothing but bare floor and cobwebs. Turning to look behind him however, he recoiled so hard he slammed the back of his head hard against the edge of the trap door and lost consciousness, tumbling from the ladder to the landing below.

"He's been out too long, we need to call an ambulance"

Tom heard a indistinct voice. He was listening to it from deep underwater.

"Yeah you're right, I think we should"

"I'm here" Tom said, stupidly and opened his eyes to see the two removal men leaning into his field of vision. The black hole of the attic looming behind their heads.

"Are you okay mate?" The gravelly man asked. He had a round, ruddy face and his companion could've been his twin but 20 years earlier. His son, Tom thought.

"I think so, I'm just going to lie here for a bit though, okay" The men fetched a towel from one of the bags that was to be thrown away sitting outside the bathroom and placed it under Tom's head. It throbbed and hammered but after a few minutes of closed eyes and deep breaths he couldn't wait anymore and asked the men to empty the loft.

Tom propped himself against the banisters as they passed the painting down and stood it against the wall opposite. He gazed at the two young women depicted in oil. Both staring fixedly back at him, almost expressionless, lips pursed slightly. They lounged on a velvet chaise lounge dressed in flowing pale blue and pink dresses, it seemed like it was painted on a summer's day. Tom still didn't like it and in the moment of being confronted with it, he couldn't say why. The artwork was well crafted, and from pictures he had seen of his mother and her sister from this time, it was an accurate impression of them. But it wasn't real. The eyes that fixed him weren't the eyes he knew. He was reminded of 'The Treachery of Images' by Rene Magritte. This was not his mother.

It wasn't a whole week before Tom arrived back at Aunt Elizabeth's house. He cut an unexpected figure at her door, but she welcomed him graciously with unusual coherence that Tom perceived straight away. he didn't want to seem rude but didn't know how long she would hold her lucidity for. They had not even left the front hall when Tom burst.

"Auntie, When did my mother come for that painting? The one that was above the fire place?"

"Your mother dear? I don't know that she did exactly"

"What do you mean, you don't that she did?" Tom's chest was pounding so harshly that it almost blocked out his aunt's voice.

"I think it was a dream I had"

Tom held his breath to hear his Aunt over the rushing of his own blood.

"She said you didn't like it, and she quite agreed. She put it away"

"But how?" Tom breathed

"I'm not sure it was every really there dear"

At some point during her last sentence, Aunt Elizabeth had shattered . She had wilted back to the surreal place she went and Tom wasn't going to get anything else from her. He followed as she turned and pottered to the living room.

The still blank wall pulled his attention. One puzzle piece was here and the other had been removed from his mother's house. It sat in his car outside. Should he put them back together. Would he get the answers he wanted from doing so?

"Tea" nodded Tom, jolted from his thoughts and he considered his Aunt with a deep breath. Deciding to put the living before the dead for a moment he moved towards the kitchen to boil the kettle.

Very interesting story! I really like the creepiness of it!

Thanks Cam! Things usually end up creepy when I start writing 😂

honestly same! I have to force myself not to end it creepy somethimes! 😂

Great story. I liked how Aunt Elizabeth flashed in and out of reality. And how the painting and the feeling it gives Tom is described with so much detail.

Thanks so much Kira! 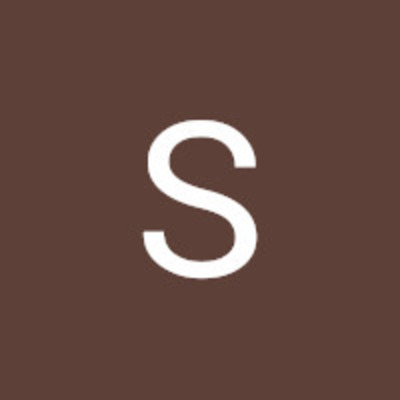 I love supernatural stories so I absolutely loved this story! It was very well written. When the painting showed up at Tom's house, I thought oh heck no but also this is awesome. You did a great job at creating an eerie and creepy atmosphere. I told a fellow writer that my story is more on the silly side. Which makes reading stories that have a different tone than mine fun. Keep up the awesome writing!

Thanks so much Stephanie! I do love how the briefs can be interpreted in so many different ways. It's a great place to exercise creativity!

Ah, old people and their secrets... love it! The pacing is very good, giving you the sense that something's terribliy wrong with that picture and that the poor guy is going to see a ghost pop up from somewhere. Also, great work with characters and descriptions. There were a few typos, but nothing too bothering. One thing I will add though, is that the ending felt a little 'weak' and rushed, compared to how well the story was escalating. It's okay to keep the ambiguity of the event, let the reader decide for themself what is real, but I kin...