On the porches the Venezuelans played salsa while it rained. Outside it was dark and the air was heavy, and the earth thick with loam and steam, but on the porches illuminated with lanterns and candles and flashlights it was bright and whirling, quick, flexible music floating from each house.

Around the backsides of the clapboard houses the jungle was creeping in, trying to grab each house around the waist as if for a dance, intent on consuming the village. But the people beat it back each day, a refusal to dance.

They said no, we’ll dance on our own. But the jungle insisted, and kept trying.

The old man in the ill-fitting poncho walked up to each house, asking in a jumbled accent, “Hola, buenos noches, has visto mi cajita?”

Have you seen my little box?

“Probablemente, senor,” they’d answer. “What does it look like?”

And he would say, “It is black, and square, and very heavy, and very small, like this,” and show them with his hands.

“No senor,” the lead player would often reply. “We will tell you if we do.”

“Gracias,” the man replied, and walked to the next house, hair streaming with rain. Behind him they kept playing, and he could hear titters. Quietly, like mice, but still titters. They never said anything to his face.

His head was bald and wrinkled, and his scruffy chin was covered in a thin blanket of white. His knees shook when he took a step.

One evening, after searching all day, the man walked to the last house in the village of Aldeia. It was small and dark, with yellow paint on the windowsills. It was a beautiful color, bright and fresh, but it had specks of green in it, and he could tell the paint was made from jungle plants.

He knocked on the door and a wizened old lady answered it. Her hair was cut close to her scalp and decorated with jangling beads and tiny glass eyeballs, and her chocolate-colored skin was wrinkled yet youthful.

The woman grinned. “Not expecting me, huh, Dreley?”

He shifted onto his left foot. “Do you—I guess, do you like it here?”

She moved forward and sat on the stoop, looking up at him and then around at the small thrumming village. “Yeah, I do. Yeah, Dreley. I love the music here, and the people, and the stories they tell, and the jungle, and all the rain.”

He sat next to her, gingerly. “How long have you lived here?”

She laughed, her teeth pearly white and jagged. “Since you left me.”

“Do you want tea? I’ve heard you’ve been asking around for a cajita, now, and I figure I think better over tea.”

He followed her inside. It was hot and musty inside, and the celing was draped with ropes of herbs and beads, stalactites of glass eyes all woven together with rosemary and tawari and wasai plant dangling from the mossy ceiling. There was no light, only a dimly guttering candle on the floor next to the bed.

The floor seemed bare in comparison. There was only a short bed, a table, a chest of drawers, and a few chairs lined up in the corners.

A shelf was built into the wall on the back end of the room, with a couple of plates and cups and a little yellow box.

Luche opened the box and motioned for him to sit. “Lookie here, Dreley,” she said, pulling aside a thick strand of lapacho to reveal a sleek metal teapot. “Electric.”

He raised his eyebrows. “Do you get electricity out here?”

“No, but I go to Caracas once in awhile and buy batteries. They work better than the electricity. I got the only automatic teapot in Aldeia. Sometimes the old fat ladies come and I make them tea with lots of azucar.”

She began to speak in Portuguese, which he had only tasted. “Lo siento,” he stammered. “No hablo…”

“Ah,” she said, and rolled her eyes. She muttered, “Bobo,” under her breath.

“I was saying,” Luche said, picking out a yellowed bag reeking of marjoram from the box and dropping it into one of her chipped little cups. “I was saying that this is black tea, finest quality, from Caracas. I get it from a no-good bum in the west side and he gives me three boxes like this in trade for a bushel of my spices.”

“You’ve got a little business going, then,” Dreley said, taking the bubbling cup when she offered it.

“Yeah. Now, tell me about this cajita, your little box.”

“Oh. That. Well, it’s black and small and heavy and about this big,” he started to show her with his hands.

“Is it metal?” Luche asked him, rummaging under her bed.

“You think so? When was the last time you saw this? Ain’t this important? You don’t know iffen it’s metal?”

“When’d you see this last?”

She laughed. “What’s inside?”

Dreley got down on the floor next to her and whispered in her ear. She slapped his hand away, “Idiot. That tickles.”

Then she got up and looked at him with hands on hips. “Bobo. Dreley, really?”

“Really?” he rose, excitement on his face. “Really?”

He looked at her. “Why should you show me? Because I want it. I need it. I’ve got to find it, Luche.”

“Well, I’m looking out for you, Dreley. And for the good of both of us, I don’t think I’ll tell you where it is.”

“Please!” he begged. He got down on his creaky knees and clasped his hands.

“You always were a joker, Dreley. No.”

“Sure. Here,” she said, and bent to him and whispered in his ear. “You’ve always had it with you.”

“What?” he gasped, rummaging in his pockets. He moved slower and slower until realization dawned on his face like a new-born sun. “Oh!” he cried.

Then he stood and took one of Luche’s hands. “Luche, I think I understand now.”

“Luche, will you marry me?”

Luche put her other hand in Dreley’s. “Sure. You still want that box? It’s empty anyway.”

My roommate loved this story and he liked that you used so much Spanish in it. What books have you been reading to help you continue to learn it?

Glad he liked it! I am currently still in the process of learning Spanish, and so far the only Spanish books I've read are Junie B Jones and the first page of Don Quixote. I was also working on Duolingo for awhile.

This was so beautifully written! I love your stories and the utter uniqueness of them! I also wrote a story for this set of prompts, would you mind reading it? I would love feedback from you and any suggestions you may have! The story of mine is "At the Bottom of the Lake" :)

Thank you! I'd be glad to read your story.

That was so cute! Loved it! I would have tried to be a little more clear with meanings of the Spanish and Portuguese they spoke, but very well-done! 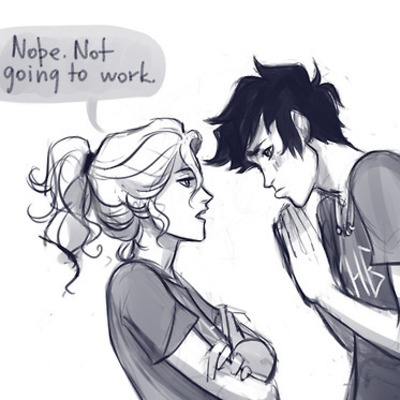 As a person who knows nothing about Spanish except maybe the word 'Amigo', I had to go to Google translate to figure out what the characters were saying. But otherwise, I really loved the story! :D

Haha! I tried to mix in the language without confusing non-Spanish speakers by either writing the translated sentence underneath or using cognates. I thought it was funny though, your comment, and the fact that I don't speak Portuguese and used the one and only Google Translate for the handful of Luche's words that I needed! :)

Hey, I have been trying to learn Spanish as well. Any tips on how to learn and the order to learn?

Well, practice. The Duolingo app is a great learning/practicing place. 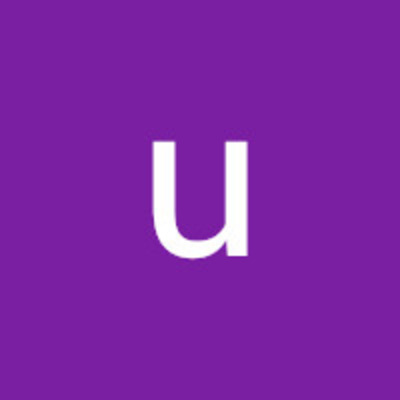 This was beautifully written. Weldone!

Wow, Zilla! This was a very unique story! I was definitely shocked at the end when Dreley asked Luche to marry him.

I think this story is brilliant. It reads like poetry, and I especially enjoyed the vivid sensory description that is inherent in this tale. I can't wait to read more of your work.🙂

I love your use of Spanish, but I didn't feel confused when I read it. I loved it.

Yay! I was hoping to mix in the Spanish just a bit, so it gave an aura to the story but didn't make the reader frustrated if she didn't know Spanish. Glad it worked :)

I think you nailed this story. Wow, well done!