Ain't worth a driver's license

“So… I just speak into the damn thing?”

Grandpa scratched his chin. He was already feeling regret, having his nephew talk him into actually trying this out. It seemed ridiculous.

“Yes,” sighed the boy, nodding his head hastily. Only fifteen years old and already in such a hurry.

“Don’t get impatient with me, boy,” he said, pointing his finger at the voice recorder in the boy’s hands. “This was your idea.”

“Actually, it was the doctors’,” his nephew said. “He said it would help boost your memory, and keep off the dementia. And since there’s no way in hell I could ever teach you to type on a keyboard, I figured voice recording would be the perfect solution. It still counts as journaling.”

“What dementia?” grandpa snorted angrily. “I don’t have it. I’m as healthy as an ox!”

“Oh yeah?” The boy crossed his arms and raised an eyebrow.

“Exactly,” said the nephew and nodded to himself.

The old man grinded his teeth and raised a finger to say something, but then he lowered it again, forgetting what he wanted to say. His forehead wrinkled as he tried to remember, eventually waving a dismissive hand.

“Bah, it’ll come to me.” He turned to leave for the living room, where he’d sit on the sofa and watch TV.

“Aren’t you forgetting something, grandpa?”

The old man turned an annoyed look. “Don’t get smart with me, smartass. When you’re my age you won’t have time to laugh about it. You’ll be too busy eating pills and struggling just to stand.”

The nephew sighed. The boy seemed to sigh a lot.

“Look. Just try it out, okay? It’s doctor’s orders. How bad can it be, anyway? You just press this little button here, and then speak. The box will record everything you say.”

“Why would I need to do that?”

“Because we promised the doctor that we’ll set you up with a journaling habit.” He looked at him conspiratory.

Right, grandpa thought. So I get to keep my driver’s licence.

He regarded the small voice recording device in the boy’s hands. What complicated piece of technology it was. It had buttons and batteries and it could record a man’s voice. A little plastic thing like that could listen to what you say and play it back to you. How will he ever learn to operate such a novelty?

His nephew sighed. The boy really did sigh a lot. Was he also suffering from joint pains?

“We tried that. You had no patience for it, remember?”

Grandpa scratched his chin again. “Hm, no I don’t. As far as I know, I am a good writer. Your grandmother says so. I used to write her letters way back then…”

“You can barely see and your hands shake,” said the boy, his tone plain and even.

Grandpa mumbled to himself. “You kids are so rude these days… Damn right my hands shake and my eyes are poor, I am old! So how do you expect me to press those tiny buttons on that machine there, if my hand shakes all the time?”

“Machine?” The nephew looked at the voice recorder. It’s silver color plastic case fitted perfectly into the hand. “Grandpa, you operated a friggin’ tank in the army! Surely you can handle a toy!”

“It’s what will keep your driver’s licence in your pocket.” The boy’s mouth spread in a grin that grandpa didn’t like. “Or else, they’ll take your license and you won’t be able to drive anymore. And how convenient, there’ll be a car waiting for me in the garage when I’m old enough!”

To think of this snarky boy behind the wheel of his 1985 Chevy Impala made grandpa’s hands shake even more than usual. He grinded his teeth and reluctantly made a decision.

The boy smiled, pleased with himself for making some progress and offered him the voice recorder. Grandpa snatched it out of the boy’s hand and fumbled with it with his stubby fingers. Dear god, what is this thing?

It reminded him of a walkie-talkie, only a lot smaller and without the antenna. The buttons were so small that he could barely see them and just holding it, he accidentally pressed one. The voice recorder immediately responded by playing back what it had recorded previously.

Hearing his own voice coming out of the little box startled grandpa and he almost dropped the thing.

“Jesus Christ, that’s one loud son of a bitch!”

“I set the volume to max so your old ears could hear at all.”

“Are you all right, Justin? You seem to sigh a lot.”

The face that his nephew pulled off made grandpa think he’d storm off, but the youngster managed to hold himself under control, by taking in a deep breath.

“Look,” he said. “Can you please, just do this one little thing? Just speak a few sentences into the recorder each day? Please?”

Well, the boy did say please. Twice. That’s more than he could hope for.

Grandpa pretended to inspect the device in his hand one more time.

“What would I even say?” he asked, offhandedly.

His nephew, sensing a straw of hope, quickly answered. “Anything. It doesn’t matter. What you did that day. Your thoughts on politics. Stories. Whatever.”

The old man frowned. “Why would I let anyone know my political status? That’s nobody’s business!”

“Oh, for the love of...” The nephew buried his face in his hands. “Everybody knows what your political opinion is, grandpa. You keep complaining about it!”

“Well then,” he said, “if everyone knows it, then there’s no need for me to record it!”

Grandpa seemed confused. “Why not? What is the point then?”

“The point is,” said the boy, clearly frustrated, “that you start a journal, to keep your brain from turning into mush! And since you’re too old to write with a pen or learn typing on the computer, the only thing that remains is to speak into a voice recorder! You can do that plenty, speaking! So can you please, just please, have mercy on me and do it, so I can go already?”

He turned the device in his hand a few more times.

The nephew watched him do it, eyes darting with frustration.

“Fine,” grandpa finally said, after a long moment of silence. “What button do I press?”

The boy’s eyes flashed with hope and he quickly pointed at the correct button. “This one.”

“This small one, right here?”

“Alright, aright, no need to be rude, boy,” he said and felt the weight of the voice recorder.

Then he pressed the button.

A small light turned on, to indicate that it was recording. The boy sighed with relief, thinking it was finally over…

...and then grandpa ran into the living room, before his nephew could say a word. He darted over the carpet with the haste of a much younger man, opened the balcony doors, stepped out in the sunlight and with sudden strength threw the voice recorder as far over the fence as he could. The boy came running after him, just in time to see the device shatter on the pavement below. A woman walking her dog out on the street turned a surprised head up towards them. Her tiny Yorkshire Terrier jumped in shock and began barking at the shattered pieces of the voice recorder, which still managed to play back a few scratchy grandpa sounds.

His nephew looked at him, confused. “What was that all about?”

“I saved your life, boy,” he said, his finger pointing on the debris below. “That thing was a bomb. It had a red light flashing. You brought me a bomb, boy.”

My own nephew wanted to kill me, he thought. Then, looking at the broken pieces of the recorder, he smiled. Well, at least I won’t have to journal about it.

He turned and went back inside, to his sofa, where he intended to go all along, leaving a confused nephew on the balcony to deal with an angry woman and a barking dog.

Amazing Story! I loved the way it was told, although to me, the kid sounded like 17, but that age wouldn't work with the story. I was wondering if you had any advice fior a beginer writer?

Thanks for pointing that out. I figured a 15 yo would have a little more patience ;) As for advice, you kinda caught me off guard here, since I'm also a beginer. But I'll give you what helped me the most and htat's to establish a daily writing habit. Idealy same time and same place every day, you sit down and set a chunk of time when no one will disturb you and you just write (doesn't matter what; anything goes - you'll get better with practice). Track your progress with a spreadsheet, where you type your daily word count, writing time and ... 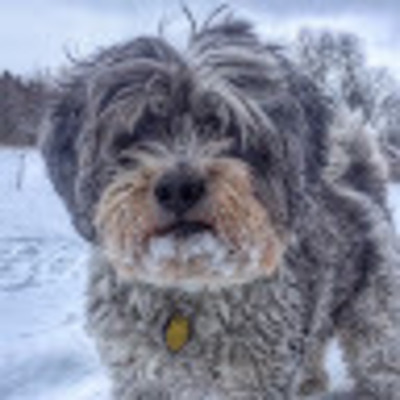 You captured the relationship very nicely. Loved the ending.