Hmmmm, I'm new to this, not really sure how this works, or better yet why people do it...

So, I guess this is

me escaping from my own reality. I loved my parents dearly, well still do, just

know that there was domestic violence and my mother had to defend herself.

We'll probably get into that later. She's alive and doing well, but father is

Yea, so growing up

they had a lot arguments and disagreements, but we just thought it was normal.

None of us expected anything different... until one night my mom came to me

our grandparents for a while.. They're the sweetest souls of people ever and

did the absolute best in raising us. We just felt at peace there, like all of

the pieces of the puzzle FINALLY fits together.

grandmother passed away from heart failure a few years later, and grandpa just

couldn't manage anymore on his own so we had to place him in a nursing home.

Not sure which was more painful, the loss of our grandmother or just seeing the

devastating look in grandpa's eyes. We would try and visit him often, and I can

tree. We would just sit and talk, play games, go for a walk anything to help

It was late one

sleep. Honestly, my sister and I didn't really know how to react. Don't get me

wrong we were sad but mostly overwhelmed and exhausted with emotions. Being

I took this as an

opportunity to reach out to my mom, we haven't heard from her since everything

went down. She said that she would come back for us once she's

"settled", however she hasn't. Of course my sister wasn't too

thrilled of the idea of meeting or even getting into contact with her. She

we shouldn't have to go and" find" her"

But what really got

me is when she would say...

forgotten about us and started another family"?

It would always get

to me when we were young, not to mention that since I'm the oldest naturally I

are missing her. She had to disconnect from some things in order to reconnect

again fully. That's been years since we heard anything. Even if she didn't want

anything to do with us, I still wanted to reach out and let her know we're okay.

I found out that my

mom (through my cousin on my dad's side) works at a hospital. I didn't know

that she has (or should I say had) dreams of becoming a nurse. She let that

dream go whenever the relationship with my dad turned for the worst. He was

drinking, but because we were kids we (or at least my sister didn't) understand

that the same night she told us that we have to live with our grandparents. At

deeply happening. And even though I was old enough, mama still didn't reveal

When I saw mama, I

wanted to scream, and just cry run into her arms. She looked the same, a little

first, but I knew immediately that that was her. She was talking to some young

girl, (maybe around my age). She works as the receptionist there at Trenton hospital;

however this is around her break time so I knew I would catch her in the cafeteria.

talking, I waited a few minutes then I gently tapped her on the shoulder!

around, her face was immediately filled with tears of joy as well as sadness.

shared, she just opened her arms for an overdue hug. She hugged me soo tight,

all the hurt, guilt and just emptiness left the atmosphere. We hugged for what

seemed like an hour. I missed her soo much.

every single part of what's happening now. I wanted to wait awhile before I

mentioned what Abbie had said, but it was pulling at me too hard not to.

that you've forgotten about us, or that you had/ have another family that was

even more important than us"

My mom sighed with

worry in her face she grabbed my hand and asked "what did you say"?

reassured her that you're missing us just as much as we're missing you, but

after a while, she got tired of the same excuse.

that, mama said. Honestly I didn’t try anymore because I was scared of how you

all would react. She paused, and I could she was thinking so I asked

“Where is she? How is she? Questions were coming left and right

I paused and then

come over for dinner"? I know she would love to see you, right now more

than ever. She's hurt and confused.

Lizzy, I would love

I felt like a little girl when she called me Lizzy.

and say I wasn't nervous bringing mama home, but at the same time I knew it was

needed. We all needed closure, in order to move forward.

entry is entirely too long, but I just I had sooo much to just release from me,

anyway I'll continue with the story.

I mentioned to my

sister Abbie that I'm having company over. She gave me a side eye look, then

And hour and half

get the door please"?

This was the moment

I was standing in

the bathroom with the door closed, so it seemed like I was using it, but really

I was waiting on the reaction. When I heard the doorbell I opened the door

carefully so that she wouldn't hear it squeak.

immediately, and soon came the tears. I didn't want to interrupt so I just

stood there watching like a young couple who's watching the sunset.

We sat and talked

for what seemed like hours upon hours, just healing, mending and growing more

sister started crying, which lead me crying then mama. Our family had been

Wow, so I guess

writing in my diary help me more than I even realized, it helped me understand

that sometimes things have to disconnect in order to reconnect even stronger,

that detours in life are often necessary even if we don’t think so. I think I’m

kept hidden but for now I'm signing off until we meet again.

I loved the honesty and reality in your writing... Awesome!! Please read my stories too :)

Emotional family experience. Makes you appreciate them. Loved it!

Thank you soo much for your kind words. Yes indeed, sometimes you have to experience an hardship in order to appreciate what you have. 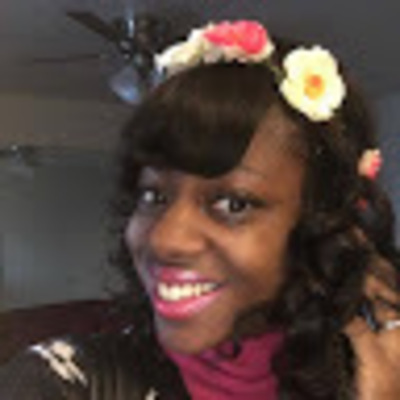