Waking up from a coma. What a cliché way to begin.

Of course it isn't like movies would have you believe, that one day you will flutter your eyes open and take a few panicked breaths through your nose. A loved one tells you everything is okay and ten seconds later you pull your IV's out with vigor and topple off the gurney despite the nurse feebly trying to stop you. Wobbly-legged, like a newborn lamb, you'll take a few uneasy steps before you gather your resolve, muster strength from nowhere and burst out the hospital doors to continue your adventure.

I was out for two weeks but it was a blink. No recollection whatsoever. What really felt like eternity was the waking up. That part was only a couple of days but I fell under and surfaced so much. Pain relief induced dreams about being tied down and trapped in nauseous plain white rooms flowed into waking moments of confusion, bright lights, unmovable limbs, and people talking and moving around- or maybe those were still the dreams. On the second day I managed to stay surfaced for longer as my system endeavored to burn off the drugs and I looked around at everything in my peripheries, my neck muscles too weak to move my head much. The consequence of this slow, waking transition was having disorientation replaced by pain, the more I comprehended, the more it hurt. I couldn't tell which I preferred. I had been desperate for the messed up hallucinations to cease but now all I knew was dull aches and shooting pains that made me almost nostalgic for the delirium.

I had fallen off a cliff they told me. I didn't remember, I still don't. I really don't feel like I've ever been to the coast.

It's been a fortnight since waking up. To me, that's as long as I've been alive. I don't remember anything personal to me from before. Not a person, or a place or an object, I don't remember myself or how I came to be here. I was born into my life at this point, a parasite in a body that did all it's growing before I arrived. Looking in a mirror was a bit traumatic. Accepting an unknown face wasn't as easy as it might sound. I felt hard done by about my uneven eyes and large nose, I wished my hair wasn't so obnoxiously blonde and the overplucked eyebrows were unbecoming. As I looked at myself I kept thinking 'If those were mine, I wouldn't have made them so thin', until I remembered they were mine, and apparently I already had, sometime before. I keep having to remind myself that I must have a past, but that past is a story written in an unread book and that book is hidden in a library filled with thousands of others. I have no way of finding it. I have to wait for it to come to me.

My Doctor tells me I'm lucky. To have regained my speech and most of my motor skills in this short a time is a great sign. My broken foot, collarbone and fingers are healing and therapy is helping me sort through my memories. It started as a blank slate, I couldn't come up with anything I knew, but as the Doctor started asking specific questions I found I could answer, less like my brain coming up with the answers and more like when I said it, it became true. Everything I do know is external to who I am. I can describe the world and England and the year and who the prime minister is - and also that I'm not happy about it. I can do math's, and read and write. These things are easy, they make sense. I've been told I've only been abroad twice, once to New York and once to a small town in Ireland but I don't remember either of these trips. Instead I remember Paris and Venice and many other places in Europe. I've been told I must just be recalling seeing them on TV because I've never been anywhere in mainland Europe. My passport confirms this. I still feel like I've been.

When it comes to who I am though, I can't form those memories. I know I watched the Queen's speech last Christmas and I remember her talking about solidarity though a hard time or whatever, but when I picture it in my mind it's like tunnel vision. I don't see the television around the picture, or the room around the television, or my hands on a remote, or what I'm wearing, or if there is anyone beside me. I still don't recognise my name or have any emotional connection to those I'm told I should. I feel bad for them, I can see they are hurting, but they are strangers, willing me to fill the shoes of a person I don't know. It's embarrassing and frustrating.

These are the things I've been told. My name is Lily. Sarah is my mother, Glen is my father, Darren is my little brother. I'm 26, I live in London with my dog Sam and I work at a garden centre. Apparently I love the outdoors and I've had a green thumb since birth - not sure why I live slap bang in the middle of the city then. I'm finding occasional aspects of myself like this hard to accept. I can remember other things I love, cocktails and music and baking, but I don't have any feeling of passion towards plants. I assumed this must have been a job I fell into but Sarah is adamant that gardening is my life's work. I'm starting to suspect that I may have been pushed somewhat in this direction - Lily? Really? Come on 'Mother' that's not a coincidence. I guess this must be such an integral part of me, that's why I don't remember. It's an odd feeling anticipating that one day I will think 'Oh wait! I do love gardening!' when I couldn't give a flying fig about it right now.

Since leaving the hospital I've been staying in the house I am told I grew up in, in Essex. Sarah and Glen hope that the bedroom I went through my formative years in will jog memories but so far, nothing. I am sleeping in an unknown little girl's room. Everything is used and aged but it doesn't feel like any of it was done with my own hands. After looking though the smallish stacks of books, DVD's and CD's I only know about a third of them. The ones I am familiar with are bringing me comfort to read, watch and listen to but I am put off by the others. Especially the books. They are all dog-eared and well read, pages folded down here and there but I don't know the stories at all. Glen says I read them all multiple times and would describe the stories to him enthusiastically- until I was about thirteen and lost interest to music and hanging out with my friends. We all sat down after dinner last night again to do what has become a daily brain exercise for me. Sarah and Glen reel off names of books and TV shows and films and songs they think I might know. To start with it felt like they were waking up the parts of my brain that already knew these things but had filed them under 'not important', but now I can come up with ones I know on my own, songs Sarah has never heard of, books Glen is surprised I've read.

I want to go and see my more recent home, the one I've been told about in Battersea. I am sure there will be more there that will help me. I adore dogs so I want to meet Sam. I feel like a dog is solid memory jogging tool but Sarah and Glen say it will be best to wait until my bones are at least healed. So I'm just hobbling my way around this incomplete family home for now.

Anyway the Doctors said writing all this down might help, so I've started this diary. I don't think they really know what will help at all though. They are just guessing and hoping same as me. I'm off to practice writing my name. I'll let you know if I have any epiphanies.

Such an engaging story with, what seems like an even more interesting under storyline happening! I was captivated by the writing style and honestly would have loved to read more! Especially all the hidden/unknown parts of her life!

Thanks so much Kaloyan! I'm so happy to hear you can pick up on the underlying storyline. You're right, There is a lot more to this than just a confused woman coming out of a coma. Hoping to get this written out fully. Probably will put more bits up on reedsy!

Honestly, very excited for those other bits!!! Hoping it keeps weird and maybe even creepy, but thats just my type of genre, so you do you! That will make it the best! :)

oh man... this was super good, her confusion was almost palpable. there were a lot of good bits but i think my favorite line was "I really don't feel like I've ever been to the coast," i couldn't tell you why but it hit hard! thanks for posting!

Thank you Elaina! I've never been in a coma myself (luckily!) but I'm super intrigued about people's descriptions of how it feels. I read a lot of first hand accounts to get the vibe of what it's actually like. I'm keen on that line too. Spoiler, she has been to the coast!

your research really shows! also, at the spoiler... [eyes emoji]

Superb observations of post-coma - I was surprised to learn you have never experienced it first hand... I thought you captured the confusion really well. I really enjoyed the read. Well done

Thanks Shirley! I have fainted a couple of times if that counts! I really love researching phenomenons that I have no experience with and imagining what they are like to deal with. Getting obsessed with the idea of extreme guilt at the moment!

I want to read about the epiphanies! I'm so excited to have found a place packed full of short stories. XD

Right!? Reedsy is a godsend for inspiration. Thanks for reading my story Libby! 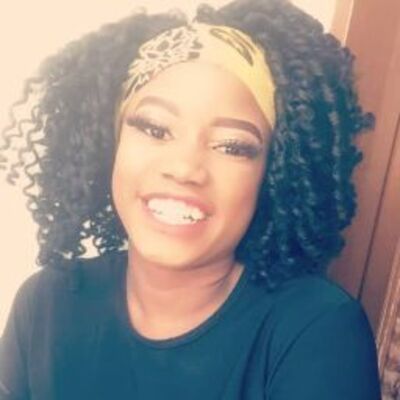 I loved this! I can hear a lot of voice and style and it was super engaging! Makes me wish there was a part 2:)

Ryn, thank you so much. The thing that concerns me a lot about my writing most is the voice. I always worry that it will sound stereotypical or mundane. It means an incredible amount that you enjoyed it!

Very engaging! Makes me want to read more and wonder why she remembers different things.

Thank you so much Edye! I can't tell you how much I appreciate the feedback! This is the first part of a story I've wanted to write for ages. This prompt fit so well it convinced me to start. There is a reason she is remembering different things though. Let's just say, she isn't who everyone thinks she is 😉

wow! this is a really nice story :)

Thanks a million Ayah! x