Hey, this is me. Not the typical kind of awkward teen with glasses on her face. Just me.

Am I getting this all wrong? I hope not. This is my first time writing and it appears I'm already going about it all wrong. Let me start again.

Hey, this is me. Frances Harrold. I am twenty years old, a college student and a part-time worker for an art lover. We work at her apartment. She works, painting out of date stuff while I prepare dinner and clean the house. Last week, while cleaning her house, I found a large book sitting among all her unfinished paintings. It was the first time I had ever seen that book so I brought it to her attention.

No, wait I didn't. I was going to, I mean, right until I forgot and hid it in my bag. She won't notice, I'm sure. Now, I am going to do as Nicki says and write about me in her large notebook. This book.

Am I supposed to start with dear? I asked Nicki at school today and she smiled and said, in her words, "I don't usually write it. The diary is for me of course but sometimes it's not so dear to me." I don't know what I should write. A dear diary or just plain diary?

That shouldn't bother me much, I think.

My mother called again. She sounded upset but she was talking so much so I pretended not to know that she was breaking. Was that being selfish? I don't know that. But even if she had been awfully quiet, I still would not have asked her how she was. I know she had been hoping I'd ask her how she has been coping since dad died. I won't ask her. She will just lie and say she was hurting. She's hurting but not for his death. She did not love him.

She gave birth to me in a room below a room where her husband was having drinks with his friends. She said she heard their discussions as her stomach cramped in the upper room but he had not heard the moans escaping her lips.

I don't ask her a lot of things now. I don't even take her calls. I'm surprised she called me after almost a year. I'm always surprised.

I am tired. Not depressed or sad or anything. Just tired. I am going to try to remember everything that happened today and I am going to tell you about it so that you can understand why I had to start April 11 with the words: I am tired.

My madam finished painting today. She said it had to be her greatest work ever and she said it with so much joy it made me nauseous. So it got me thinking. Have I ever been happy? I was excited, I still am, about writing events in a diary but her happiness today brought a tear to my eyes. I began to think about days and weeks and years where once I had been happy. I had to have been happy right? Really happy.

In June or July of 1998, my father and I traveled to Africa. Mother did not come along because she was busy and I told her I was going to miss her. Well, I had lied. Of course, I was not going to miss her. I was ten. Father and I got to Ghana and we stayed there for a while. We visited a lot of places which I still don't remember - I can't remember a lot of things these days- and we danced and played. I had been happy, not for the plays and giggling and street food, but for the fact that we went alone without mother.

She worked in the library close to my school so, after classes, she insisted I stopped over and read a book. I was supposed to read all of the books she recommended and it sort of bored me. I loved books about magic but she wanted me to read historical classics. I read every book she recommended and I stopped loving her for real.

I can totally agree with her for those years now that I'm all grown up and living far apart from her. But traveling with Father to another country without her is the only time I have been truly happy.

Madam asked me why I was crying and I told her that I was only being filled with happiness. Her painting was beautiful is what I said. But looking at it, I was more confused than I was sad. It was a painting of a woman standing in a graveyard. Simple yet complicated. Her back was turned against the outside world and she was staring intently at the tombstone. Should I call it that? Tombstone!

"Do you like it?" She asked me. She was drinking bourbon and sitting on a table by the kitchen while she watched me staring at her newest painting.

"What is she staring at?" I think I asked her that. It had to be that because her next words had been:

"She lost someone. Her back against us is not because she is staring at the grave but because she, in a way, reminds us of life."

I hadn't listened to the rest of her story. Maybe I'll ask her again what she meant by death reminding us of life. Maybe she'll explain again. Maybe she won't.

I am tired. Not depressed or sad or anything. Just tired.

The school was great today. Nicki and I wrote an essay about the life of a college kid. It had been an easy thing to write until we got to the title and she sighed. She called it: The Life Of A College Pervert. I asked her why she capitalized everything and she groaned and said nothing. When I asked her why she titled it as such she said, "College students are perverts!"

"So you're one yourself?"

"What do you want to title it?"

"What does that even mean?"

In the end, we titled it: The Common Ground.

I cleaned out her apartment and found her painting again. She did not hang it out like all the rest, kept it closed in her bedroom. I brought it out to the light and stared, for a long time, at the woman and the tombstone. In a way, she reminded me of my mother as she had stood in the graveyard after father's funeral. There had been a tear on her face but there had been no remorse. I was sure of it. Not so much now that I've started to question myself and the life I have always known and readily appreciated.

I heard her footsteps and I quickly kept back her painting. She came into the room and said that she had finally found a name for her work. She called it Addiction.

She just shrugged. For a while, she said nothing. Then she said, "Life is more like an addiction. Like drugs or sex or wealth. She is standing there staring at the grave with so much interest like we do when we have become addicted."

She asked me what I meant and I told her it was the title of the essay my friend and I wrote. She nodded. An hour later as I made to leave, she touched my shoulders and whispered common ground like it meant something to the both of us.

I called mother. She took the call on the second ring. She was laughing and crying at the same time and for the first time in a long time, I settled for asking her how she was.

She said she was fine. Hurting but fine now that I've called. At once I missed her. I did not exactly tell her that, of course, but I made her feel it. The silence was not awkward, just the normal kind of silence.

She said she loves me. She said it so gently it felt to me like a promise. I did not tell her I loved her too but she must have known.

Madam asked if I had seen her big notebook. I told her no. Then, later, I told her yes. She hugged me close and kissed me. At that time, I remembered father and all the times I told him I loved him too. So I got home and called mother. She did not take the call.

I called again. First, while going to class. Later at the library. Then at Madam's house. She is not taking the call. I leave her a message. I love her too.

She is dead...Accident. Car. Truck. 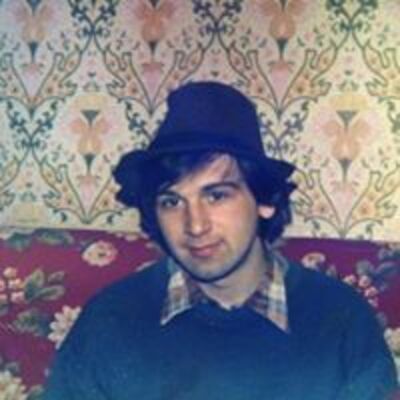 well written, from the outset i want d to see how it would progress. it kept me reading wanting to find ot what would happen. the end is a complete surprise

Lovely story. It leaves me wondering about the protagonist and 'Madam'...where could they go from here?