It has now been 16 hours since I was arrested.

I have been given no food or water since I arrived.

I am sitting on one of the lumpy cots in the holding cell of the Police Station, where I have been detained.

Over the final 4 hours I have been interrogated, questioned, and shouted at. I have not been allowed to sleep.

They have searched me twice and gone through my bag. Luckily the trunk had already been loaded on to the plane, and, before they had found out, it was out of there reach.

This aroused their suspicions, and they began interrogating me.

They have given me one sheet of cheap paper, a clipboard, and a grimy, 3in long, pencil.

My name is Drake O. Linen.

They have told me that tonight they will ship me to Chni Wohn Prison in Hohhot, in northern China.

[Here a large rip appears in the paper, and when the writing begins again it is much shakier.]

A guard has just entered my cell. He tells me to hurry, and to remember that all I write will be screened.

I have not been allowd to contact anyone, though they assure me I will be allowed a letter and two phone calls once I reach the Prison.

I see I have come to the end of the page. I will now give it to a guard.

Hopefully it will survive the screening.

Or, as the guards call it, “this Rehabilitation Center”.

I have been in the Maximum-Security wing, for reasons I know nothing of. I am interrogated once every 5 days for 3 hours at a time. In every session I say nothing.

I am afraid that soon I will be submitted to the Extreme-Measures Interrogation Room.

It is located on the northern most side of the prison. We hear the screams of the occupants nearly every day.

I am given one sheet of paper every 10 days and one pencil every 30 days. This is my first sheet since I arrived.

My cell is exactly 6 feet wide and 8 feet long. It has a 7-foot-high ceiling. It is furnished with a sink, a metal bucket for a toilet, a wooden chair, a small desk, and a 6-foot cot.

We are let out twice a day into a small yard, on the west side of the building. There is no grass, just dull gray gravel. We are not allowed to speak to each other.

We are given two meals a day. Bread, hard, dark cheese, and a cold, watery, humus-like mixture of vegetables and rice. We drink water.

Our food is slid under our doors through steel flaps. It is served on paper towels, with a plastic spoon. We slide the spoons back; they are rinsed and reused.

We wear light blue uniforms with bright white stripes on the backs. They do not give us shoes, but instead let us keep our old ones. They give us socks.

The uniforms our washed every 10 days.

All I can do now is wash my hands and face, at the sink.

[The following italics were originally written in Portuguese]

I have written the rest of this letter in Portuguese, so that the guards hopefully won’t find out what it says. If they ask what I wrote I will say that I have written a prayer.

If we are not standing in front of our doors by then we are threatened or beaten.

Each part of the prison is counted separately. I believe there are six sectors: Maximum Security 1, Maximum Security 2, Solitary Confinement, and three other ordinary cell sectors and then the guard’s barracks.

Yesterday morning as I stood outside my cell door, a guard brushed past me, tapping the rail in front of me to mark the count. He turned slowly and looked me in the eye.

Without warning he swung his metal baton in my face. With a flash of pain, I felt the blood spray across my eyes and nose.

Again he struck as another guard ran towards me. They both began to attack me again and again.

My vision blurred; the pain was excruciating. Everything went dark, then, flickered back to life. I longed for it to stop; to black out; to die. I had fallen to my knees.

As a guard swung his club at me, I suddenly lifted my hand and caught the baton in my hand.

A guard lifted his leg and kicked me. I fell to the floor.

I felt the heavy, black baton on my back again, and again. As I lay there a guard yelled in angry Chinese, “No one can save you; you are dead, forgotten! No one will ever hear, no one will ever care! You are ours now!”

I doubt this note will survive the screening, but I can no longer stay quiet about this place, about what is done to us.

It was Friday when three guards entered my cell and took me to the Extreme Measures Interrogation room. They did nothing but ask questions and leave me in the room alone for a few hours.

I think they brought me in only to promote fear.

I have not been given any food but bread over the past five days. I believe they hope to sap me of my strength, making me weak and delirious enough to give in.

Four men have disappeared since I was brought to this Prison. All where led into room on the south side of the Prison, a room with a dull yellow door. The guards say that they were, “Unconfined,” but I do not believe it.

The prisoners here have ways of communicating.

We scrape marks on the spoons they give us, and send roaches, with messages tied on their back, from one room to another, by putting crumbs by the cracks in are walls. I “talk,” with the men in the cells next to me by tapping the walls, stamping on the floor, and thumping the desk.

Guards can beat you for simply “Looking idle,” or, “Walking slowly”.

The sheer bleakness of the circumstances, the utter, devastating realization that these guards care nothing for you, is enough to drive all optimism, all hope, all expectation, from your mind and soul.

The guards, hateful, and infuriated by your smallest pleasure, no longer regarding you as a man, treating you like an animal, until you begin to believe you are one.

I have no say on how long I may survive this place. 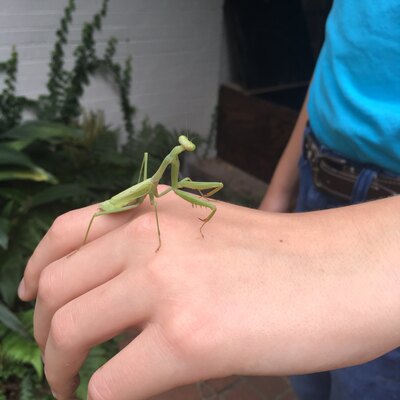 Wow!! This story is amazing!!

WOWZA, amazing job! Also, would you mind checking out my story ‘A Poem By A Star (No, Literally)’? Thanks! ~ᗩEᖇIᑎ!