Submitted for Contest #35 in response to: Write a story about someone who finds something interesting peeking out from a melting snowbank. ... view prompt

Bruce was the one to raise the alarm by refusing to come back to either of the girls despite their whistles, shouts and offers of treats. He had scarpered as was his norm the moment they had let him off the lead, but usually he did not stray too far or for too long. By the sound of it, he was down by the river below the footpath.

Exasperated, Liz stared at the steep embankment, wondering where best to begin her descent. No longer white and powdery, the old, crystalized snow was currently a grubby shade of brown, speckled with fallen pine needles. Strange how her sister only ever seemed to remind her that Bruce was her dog when it involved going chasing after him in a load of horrid, sludgy muck like this, she thought.

She was half-way down the five-metre slope when she stumbled and her foot began to slide, loosening a long, unstable strip of semi-melted snow. The two-metre-wide patch of wet snow slithered about three centimetres over the slimy grass under her weight. The whole lot was ready to go! Grabbing hold of an exposed tree root, she managed to stop herself from slipping the rest of the way, but landed hard on her backside, soaking herself on the sodden, slightly slimy grass in the process. She was relieved, hot and breathless by the time she had nervously inched the rest of her way down to the bottom of the ridge on her backside. Wiping her mud-streaked hands hands down her soaked jeans, she resumed the search for her runaway pet and spotted him belly-deep in the murky water, splashing about, sniffing and poking his snout into a mound of mushy snow at the edge of the river. He was having a glorious time.

“Bruce, heel! Get here! Right now!” she shouted at her now very bedraggled looking Jack Russell terrier whilst pointing to the spot immediately in front of her soaking wet feet.

“What was the point of taking you to those damned obedience lessons? And look what you’ve made me do to my new boots. They’re all filthy. Bad boy!”

He still refused to budge even when she had clipped on his lead. Instead, he whimpered and began scratching and pawing frantically at the slimy clods of loose earth he had exposed. Almost immediately, a pungent, nauseating odour filled her nostrils, causing her to heave. At first glance she thought the heap must be a dead fox. But no, wait a minute! That was not a fox’s tail at all, she thought. It looked more like dirty, grey-brown material poking out from the clay. Could it be the sleeve of an old anorak?

Holding her nose with one hand and picking up a dead branch with the other, she poked ever so gingerly into the hole to see better, then suddenly wished she had not. Trying not to gag with the realization of what she was looking at, her legs started shaking uncontrollably before buckling and she sank to her knees feeling rather faint. Sounds from the world about her faded away, drowned out by the hammering of her heart. Later, she could not be at all sure how long she had stayed there, dumbstruck like that, before an overwhelming feeling of panic surged up in her chest. She began backing away, step by faltering step, her eyes firmly glued to the remains of a human body, attached to the arm she had just touched with the end of her stick.

“What’s going on down there,” shouted Sara, “you’re taking ages?” In reply, Liz could only retch once again and pointed weakly to where Bruce was still sniffing and poking about. Her elder sister, ever the controller, was down the bank in an instant to see what the matter was,

“Oh my God, Liz!” Sara moaned as she approached. Grabbing and pulling at Bruce’s lead, she began hauling him away, then stopped in her tracks, her jaw gaping open. At the same instant, the two girls spotted the open leather handbag that Bruce had disturbed, and which was now gaily spilling its contents of what looked very much like fifty-pound notes all over the place.

“Bruce, Here! Now!” screamed Liz hysterically, her heart pounding. She staggered back to the embankment where the air was fresher and fumbled around in her coat pocket for her phone. She felt light-headed, her mind completely blank. What was the emergency number to call the Police? She could not think. This was surreal! Sobbing uncontrollably, she was desperately trying to steady her fingers enough to unlock her phone when she felt Sara’s icy cold hand close firmly around her wrist.

“Liz, put that away!” she hissed, “We’re not calling the Police!”

“What do you mean? Who should we call then? Oh my God Sara, this is awful!”

Her sister had picked up a thick wad of the fifty-pound notes and was now waving it in front of their faces, grinning at her,

“Nobody. We could split all this down the middle, and no-one need ever know. If you call the Police, we won’t be able to have any of it, will we, you idiot?”

“Er yes but… but no! We can’t do that Sara… you can’t be serious. I mean, what about that, that, that dead body back there? We can’t just leave it lying there like that.” Liz peered a little closer at the expression her sister’s face,

“You are joking, right Sis?”

“No, I’m not bloody joking! Of course we can leave it. Think about it, Lizzy. Nobody knows we’ve been here. Come on. Let’s just go home with this money…. Someone’s bound to find that body before long anyway.”

Liz felt her head starting to swim. This cannot be happening… it must be a dream! she muttered. Looking on in sheer amazement as her sister began gathering up the scattered notes from in and around the bag, a cold shiver fluttered down her spine before a feeling of rage and disbelief bubbled up from deep inside her stomach,

“Hang on a minute! I don’t get you at all. All my life, you’ve been there bossing me around, telling me to do this because it’s ‘the right thing to do’, not to do that because it’s ‘wrong’, and now… Now you’re telling me we should ‘steal’ all this money and just leave that person lying there… without… without going to the Police or anything? Surely you can’t be serious!”

Bruce, who was now wandering about dragging his lead through the slush, suddenly cocked up his ears, staring off into the distance, his body rigid. The hackles along his back were rising to attention, accompanied by a rumbling low-pitched warning growl. Someone was coming!

“Well, you can do what you want, I’m off! With or without you…” snapped Sara, stuffing the bundle of notes into her jacket pocket. She looked at Liz, shrugged, swung around and clawed her way back up the steep embankment to the footpath before her sister had chance to utter another word.

This is wonderful! I enjoyed your story, and the descriptions made me feel like I was living it. I noticed you haven't written in a while... Write more. I look forward to reading more of your stories

Thank you Kelechi It’s true I haven’t been feeling too motivated at this time....but I think I’ll be back soon

That's great! I'll be happy to see a stroy from you soon.

Very cool! I liked Sara character the most. Excellent story

Glad you liked it Miles. Yeah, Sarah is definitely the character I'd like to expand upon... 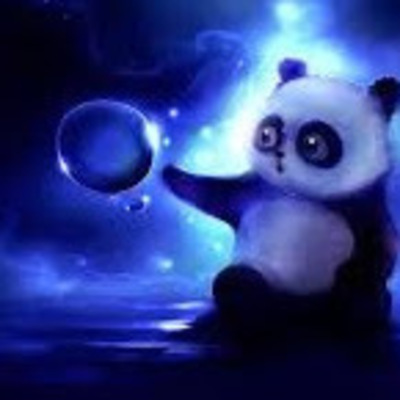 I could imagine the scene so well!! Really well described.

Great story! I found this so unsettling—in a really good way! Makes me want to know more about Sara. And what will Liz do? I agree with the reviewer who said write more. You have talent!

Wow, thank you ever so much for your kind words, means a lot to me!