So Small and So Beautiful

Submitted for Contest #35 in response to: You made a promise to yourself you'd finally do it on the first day of spring. Today was the day.... view prompt

I’m holding her in my arms, and she is so small and so beautiful. Her pudgy pink fists grasp air, clenching and opening uncertainly. Her closed eyes are wrinkled and worried like a newborn kitten’s, and I trail my fingertips over her soft cheeks, wondering if this is her first dream. Her eyelashes flutter at my touch, and she leans slightly into my hand, her pudgy face warm against my palm. I love her.

But it is March 20. The first day of spring.

I promised myself I would do it on March 26, but she came 6 days early, so I have to do this on March 20. I know it is supposed to be easier when I have to do it earlier, like ripping off a band aid. They’re wrong. It isn’t easier.

I have to give her to the couple anxiously holding hands outside of the hospital doors, have to hand over her smile, her beautiful full lips, her first love experiences, her teenage hormones and all of the moments in between to the couple outside. And I hate myself for this.

I was sixteen when her father and I met. I was sixteen when I got pregnant. My parents and him considered an abortion, but I couldn’t do it, so they told me that I had to put her up for adoption. They told me over a cup of tea, and I drowned in it’s steam. They stared at me worriedly, and my hands found their way to my stomach, rubbing it gently through the soft cashmere.

We moved to Connecticut, and my mother home-schooled me to save me from the “horrid ordeal” of attending my junior year of high school pregnant. It just gave me more time with her, just the small bean inside my stomach.

I used to grow fruits in our backyard garden that would represent her size. A peppercorn. A raspberry. A fig. A peach. A sweet potato. Until, she was the size of a watermelon. That one was a bit harder to grow.

We spent a lot of time together, my daughter and I. I would talk to her. The adoption agency told me that it would be easier if I didn’t name the baby, and I could tell that the couple wanted to name her. The husband, Ethan, placed his hands on his wife’s stomach, like she was pregnant and admitted that they always imagined her as an Olivia. I named her Lotus, but I know that they will call her Livie. They don’t mean it to spite me, I know, but it still stings.

The couple in question, Ethan and Sara, are nice. A bit cookie cutter, but I suppose that’s what every mother wants for her to-be-adopted child. Ethan was a lieutenant in the army before an explosion planted him in a wheelchair. He was twenty-six and couldn’t produce any children, so I was quite the perfect fit. Throughout the end of the pregnancy, I almost felt as though I was carrying their child. They would talk to my baby (calling her Livie) and feel her kicking with their warm hands.

It was almost unbearable, but I know that if I was a teen parent, I would just make things worse. The cinematic happy endings are almost never attainable in real life.

I wanted to place Lotus in foster care until I had a stable job and home, but in the end, I decided not to. I didn’t want to submit her to a life of never knowing who her true parents were, of almost anticipating the next move, of waiting for something that might never happen. It would just make things worse.

It was stupid, but then I asked if I could be her godmother. At least I got a fast response: oh but Sara’s best friend from kindergarten was going to be her godmother you understand right oh thank you so much I knew you would - I got a clearer answer from the social worker: bad idea. I just wanted more excuses to see her, to maybe hold her hand when she was walking home from school, to apply her makeup before prom, to send her letters during winter vacation. It would have just confused her further, and I just want her to be happy. Even if it’s not with me. Especially if it’s not with me.

I can’t offer her what every parent wants. I am seventeen and three months. I have two hundred dollars in a leather wallet Lotus’ father got me as a “good-bye and good luck” present. I can’t offer her Christmas presents or even a place to put the Christmas tree. I can’t give her a father or my presence in her life. I sure as hell can’t be the mother she deserves.

I know Sara can. She has that maternal presence, like a coworker or friend that brings you raisin cookies on your birthday or sends you a letter for Valentine’s Day.

I kiss her forehead and tuck the crocheted blanket under her chin. I made it myself, teaching myself how to crochet if only to have an excuse to feel her kick against my forearms. I made it in lilac and other soft pastel colors and always fitted it around the fruit of the week to see if she would fit in it. She nuzzles her cheek against the blanket, and my heart melts.

I would just make things worse.

Sara and Ethan wander in with a nervous but grateful smile, and Sara collects my little bundle of purple blanket in her arms. She bends down so Ethan can kiss her with his scratchy beard. They’ve been staying up late to prepare the house. I should know, I’ve seen the nursery, it’s great. What every parent wants. I can hear her say “it’s our Livie” before the nurse comes to give me more water and check on me. I want to say goodbye, but they are already wrapping her in their own blanket.

I would just make things worse. 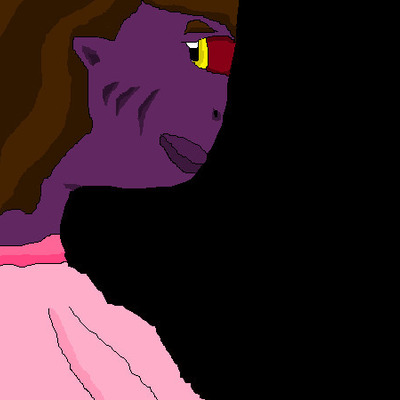 This is so sad! You really expressed her torn state of mind between wanting what’s best for her kid and just wanting to keep her little baby. Truly emotional and great write!

Thank you! I struggled a bit with finding a good balance between her compassion and her overwhelming desire to just raise her child. I hope this inspired you as you read it, and thank you for leaving this comment!