Submitted for Contest #34 in response to: Write a story from the perspective of a dog, thrilled to find their owner has been spending so much time at home.... view prompt

I am a little confused, I must say, with what has been going on around here recently. My daily routine seems to have gone to pot.

A typical day in my life always used to start with a very hasty, brisk trot around the block, just to get the old morning ablutions over with, so to speak. We would usually time it so I could pal up with Lola and her man for a brief tail and chinwag as they take the same route as us. When we got home, I would then be left to my own devices for most of the daylight hours, which suited me down to the ground really. According to many of the friends I talk to, I should apparently consider myself lucky as I have the sole use of quite a large expanse of land which does help relieve the inevitable boredom somewhat. My tether actually extends the entire length of the garden, so when I do feel the need to stretch my legs I can have a bit of a run back and forth. For much of the afternoon, I have learnt to enjoy a long nap. I have found that dozing for the majority of what I call my "down time" is the best way of keeping myself sane. Every now and again, I might have a surprise visitor pass by in the lane which runs alongside our property too. Exchanging a bit of gossip over the fence does wonders to lift one’s spirits.

Anyway, back to what I was telling you about the recent strange turn of events. I initially noticed some subtle changes around the middle of last week, I think. Yeah that was it. For as long as I can remember in my life, there has always been just a couple of days each week when everybody in the house has a lazy, late start to the morning but I have never known it to go on for such a long period like this. It is just plain weird! It seems as if life has just become one long continuous stream of those lazy days.

My suspicions were primarily aroused by a sudden increase in trips out and about. Day after day, I enjoyed numerous lovely, long excursions, without everyone leaving me on my own for any quiet days in between. Brilliant! I thought.

First of all came a day trip to the park with Alex, that’s my boy’s name. What’s so unusual about that? you might say. Well, nothing at all, really. It was just a fun day out.

But then, the next day, we parked the car by the sea-front and the whole family took a long leisurely stroll along the coast. I even got to have a swim that time, which is a rare event these days. It took Alex quite a while to coax me into the sea. I like to make out that I am not too sure about those waves to start with. I think it pleases him to think he is teaching me something new or something?

The day after that, we drove for quite some time up to a National park with the whole family and had a fabulous spread of a picnic. I love it whenever we do that, although it is not usually very often. The rules are different from mealtimes back at home. When we are outside and they lay a cloth covered in a huge array of food on the floor, it seems I am allowed to sidle on up to everyone and shamelessly beg for tasty morsels. This I love, as I have both Alex and Gloria, the two young humans, wrapped firmly around my little dew claw. I merely need to nuzzle my muzzle right onto Alex’s lap and under his hand and then give him the eye. You know, one of those old sad, droopy eye looks that spaniels do so well. Works a treat every time. He slips me slivers of meat from his sandwich, whereas his still wobbly little sister, Gloria, invariably manages to drop everything off her plate right in front of my patiently waiting snout. Like I said, I adore picnics.

We went out again the following day too. Not sure of the name of the place. It was a quiet village with a castle where I was obliged to stay on the lead the whole time. I did not mind too much about that though, as I was still having lots of fun dragging Alex around to meet quite a number of other hounds. A handsome young beagle seemed to take quite a shine to me too. We even managed to get rather intimate before we somehow got our leads in a tangle.

By the end of last week, I was beginning to get the hang of this brilliant new life. The family decided to visit the National Park again and basically if I had played my cards right, I should have had free run of the place for the whole day. Note, I say ‘should have had’. Unfortunately, I have to admit I did allow myself to get a bit carried away that day.

After yet another scrumptious picnic Alex could see I was a bit restless, so we wandered away from the others and he began throwing my battered blue ball way off into the ferny undergrowth for me to hunt out and fetch back to him. All great fun for a while, but then the novelty began to wear off after an hour or so. It was the musky scent of all that awakening wildlife that was my downfall ; absolutely glorious, it was, it being spring and all. There were so many intriguing aromas I had never encountered before. Eventually, the plethora of all those amazing fragrances must have gone to my head for I was unable to help myself. There I was, rummaging away for my ball amongst some bluebells, when I caught the irresistable whiff of a rabbit’s spoor. Well that was it, wasn’t it ? I was off like a demented greyhound chasing a mechanical hare. Didn’t catch it of course, but I had a whale of a time having a go. I could vaguely hear Alex whistling and shouting my name in the distance back on the path, but I just carried on chasing the animal’s trail like a dog possessed. I felt alive! For a while, that is. The trail inevitably petered out and I was left high and dry.

After wandering aimlessly around for a while by myself, I guess my good sense prevailed and I reckoned I had better mooch on back to the folks with my tail stuck tightly between my legs. I have found it is always best to show myself repentant at such times. I still got a right old spanking with my lead from Alex once he got close enough to grab hold of my collar, unfortunately. He sent me to sit in the back of the car for the rest of the day, which was a bit of a bummer after having such a lovely day.

Anyway, to cut a long story short, I now find myself even more confused and somewhat outraged. After this fabulous recent stint of glorious walks and increased opportunities for meeting new friends and acquaintances, I now understand I am to be given a single outing per day. Can you believe it ? Reduced to one measly walk a day ! And an extremely short one at that. No longer than sixty of their miserable minutes. After getting me accustomed to hours upon hours of fresh air and exercise every single day, I am now to be held hostage for the foreseeable future.

Lola told me this morning it is all because of a forced curfew due to something called COVID 19, although neither of us are too sure what that is. Anyway, I am livid about this! In fact I am just so incredibly cross I feel like just going over there and taking a huge pee right in the centre of the new carpet! 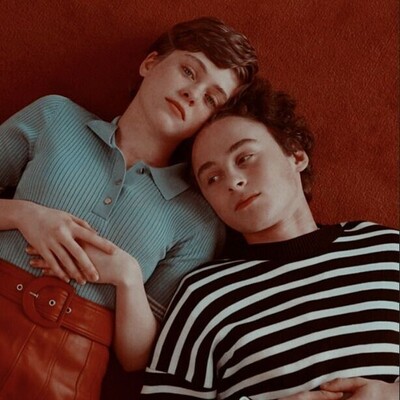 Hey there :) Enjoyed the story- always love reading from an animal's point of view! I love the depth of the protagonist as well (faking repentance, and allowing the owner to feel like he was teaching the protagonist something), very good read.

Thank you so much Jenny - much appreciated. I’m glad you enjoyed reading... 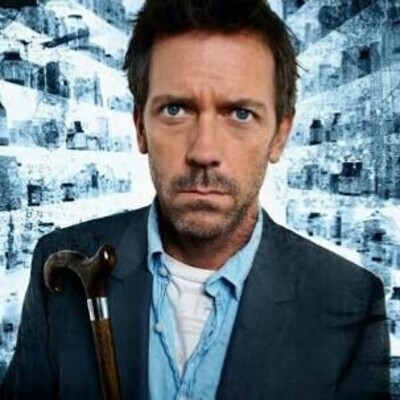 Here from the Critique Circle. A nice, fun read. Though the part where the protagonist's owner spends time at home could have been longer than two paragraphs. The use of language was very appropriate considering the nature of the protagonist. Good luck.

Thanks for your review Aditya, I hope you enjoyed reading. I take on board your comment - although my point was that the owner was at home which ultimately meant that he had more time to take the protagonist out for more walks.... (for a while that is before becoming house bound)

Yes I did realize that.

I love that the canine protagonist is getting as frustrated as us humans with all the restrictions. He was charming and engaging. Could have easily been an introduction to a larger story. Well done!

Thanks for reading & for your thoughts. I did have fun writing it, maybe I will extend....

This was such a cute story. I like how it was told from a pet's point of view. Well done! Like the title says, all those animals around must be confused now, not knowing what's going on.

Thanks for your review Roshna, much appreciated