Outside it was April. Overcast bruise-pale skies conjured sheets of freezing rain, a strange elemental alchemy descending over the city. Inside the crumbling loft apartment of a Gothic building on Bridgewater Street, the mood was syrupy, slow and hazy; the last swallow of strong honey wine.

Iris’s small living room, once a Boho fashion designer's wet dream but now left to the whims of its new occupant, was warm, familiar and dimly lit, protecting them from the harsh elements outside. White vanilla and tobacco pillar candles graced most surfaces, casting soft, flickering shapes of giggling ghost children and the scent of sugary, spicy smoke around the cramped, overfilled apartment. Old, mismatched furniture, books, half finished quilts and knitting and stacks of art supplies overflowed into every space, along with canvases of various sizes, tubes of acrylic paints and brushes left in week old murky water.

“I don’t know what it means”, she wrinkles her small, freckle-dusted snub nose in frustration. “It’s never done this before”.

Her voice is soft but strangely loud, cutting through still heaviness of the room like strands of razor sharp cobweb. A lemon drop cocktail in smudgy finger print dusted Martini glass, mixed extra strong, sits beside a vintage Ouija board placed on a thin, faded cerise throw, draped atop over dusty, exposed wooden floorboards.

The board had been given to her as a belated birthday present from a great aunt who had found it hidden at the back of an antiques shop in Cornwall. Currently, the source of Iris’s exasperation was the filigree planchette, which was unhelpfully spinning slowly in a lazy clockwise circle on the dark, dull wood, its tip creating a small orbit at the centre of the board.

Her aunt had told her it was from the 1800s, from a time when Victorian ladies and gents would host graceful seances in darkened, opulent rooms. The thought of ghosts and demons didn’t scare Iris, excited her if anything, and if this game was good enough for the Devil himself, then it was certainly good enough for her. She hoped she would get an answer from the board one day, if only to have someone new to talk to. Life her was incredibly lonely at times.

Her fine art degree had ended in the autumn, and she had been forced to leave behind a carefree world of tortured navel gazing and a constant blur of 3am whisky-drunkenness with her course friends, who had all slowly drifted away, either to move back in with their parents or find themselves in another country.

She had not yet managed to sell any of her paintings, or get an exhibition spot in the few independent galleries that littered the city. She could not even convince the local hippy coffee shop owners to hang any of her work on their colourful, mocha splattered walls in the tiny, backstreet pumpkin spice fragranced cafes.

Mostly she wandered listlessly around the flat by day, hung out with James when she could, and worked remotely on a tiny, battered old laptop to answer customer service queries for a bank to pay the bills. It wasn’t ideal, but she was sort of grateful to keep up an income, flexible hours and an independent life.

“It doesn’t matter what it means, they don’t work anyway.” James remarks drily, moving to join her from his crouched position by the second-hand stereo, where he’d been flipping through coffee ring marked and chipped CD cases. The electro industrial sound of KMFDM floated quietly from the hi-fi, ‘Stray Bullet’.

Coming over to rest on his knees beside her, he deftly stopped the rotating planchette with a gentle but firm index finger, placing his chipped black mug of cherry mead next to the Ouija board with the other hand. “Silly spirit games for little girls who like to play witches”. He smiled.

She flicked her gaze up suddenly to meet his, storm-grey eyes narrowed in mock anger. His disbelief in the spiritual world hurt, but his tone was playful, and she could never be angry with him for long. He was pretty much her only friend, after all. The dark-skinned boy with the kind eyes, scientific mind and green dreadlocks.

“It’s your turn”, she says, eager to see if the strange spinning with cease for her best friend, the boy dressed in black jeans and a threadbare Joy Division t-shirt.

A nebulated roll of thunder muffles through the ceiling, and Iris’s tiny orange cat Banjo, blind in one eye and slightly limping, jumps down suddenly from his perch behind a dusty black velvet curtain. He prrrps cheerfully at them both, enthusiastically but awkwardly winding his flank against Iris’s back on his way to investigate his food bowl.

The tall, thin boy sighs heavily, theatrical and over exaggerated, the showman playing his part. “No, come on Ree, let’s do something else.” He was bored, she knew, would rather do anything else than court friendship from the dead using an old party game.

The subject is dropped (for now) and they lapse into numb, tipsy light-hearted conversation as the evening draws on, silly things to amuse themselves while they drink. She throws her head back in laughter several times, almost dribbles mouthfuls of lemon-candy liquid. Banjo takes up his usual spot across from them on the threadbare burnt umber sofa, occasionally cleaning his back leg in a graceful feline développé.

Later, as they sleepily embraced, sleepy-drunk and more focused now on an old, grainy Casper cartoon played low on the battered charity shop TV, the planchette slowly and certainly began to shift in the dim lamp light. The dark, heart shaped piece of wood gently scraping along the worn surface of the board, slowly discovering the dented plains and chipped lettering.

They both watched curiously for a few seconds, the warm, scented, drowsy room holding its breath alongside them, before she quickly scrambled out from the warm, rosewood scented embrace to carefully read each letter in turn.

The planchette slid back to the centre of the board with a flourish.

“Hello!” Iris replies cheerfully, in much the same way one might say ‘Presto change-o!’, eyes sparkling with excitement and a huge grin spread across her pale face. Without hesitating, she adds, “would you like to be our friend?”

Outside the sky is now inky, murky indigo shadows replacing the afternoon gloom. As invisible soft rain patters onto the dirty skylight above them, they watch the planchette on the board slide delicately once more, ebbing and flowing towards each letter in turn, to reply ”Y E S”. 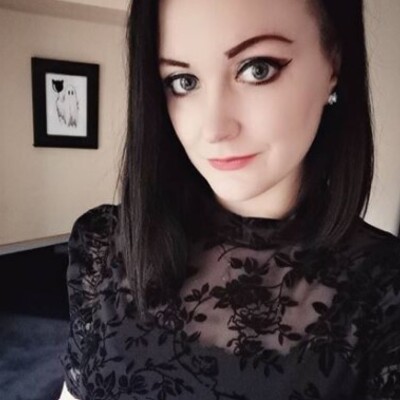 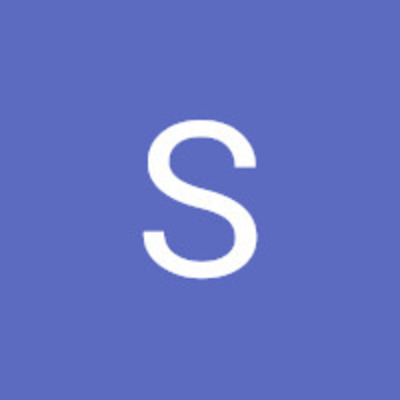 This is a wonderful story! You are great at descriptions! "the mood was syrupy, slow and hazy; the last swallow of strong honey wine." That line alone made me give this story a like. Good job!