"I'll see your three and raise you five," Uncle Max said past the cigarette that seemed permanently affixed to the corner of his mouth. Smoke wisped through his teeth as he spoke, shrouding further his already inscrutable features.

"Too rich for my blood," said cousin Pete, discarding his hand.

"Me too, I'm out," Pete's little brother Vince agreed.

"Call," Steve said, tossing his chips into the pile.

Auntie Lewella toothlessly mumbled something to the affirmative, setting down her knitting needles long enough to add her chips to the pot.

Jackson gulped, looked at his hand again, and hesitated. The stakes were getting higher than he was comfortable with. He started to say "I'm out," but then caught his father-in-law Steve's smirk from across the table, and instead said, "I'm... in." He couldn't look bad in front of him. He did have a pretty good hand, anyway. He lay the cards on the table. "Full house, aces and eights."

"Beats me," Steve said, throwing down his hand, a lower full house.

Auntie Lewella threw her cards down and shook her head, not even bothering to show her hand. Her knitting needles resumed their steady click-clack-click.

"Good hand," Uncle Max said slowly, eying Jackson through half-closed lids, "but I'll let the cards speak for themselves." He spread his cards on the table. Four of a kind. He swept up the pot with a throaty chuckle, quickly followed by a fit of coughing.

"Hey, you ain't got the Coronavirus, have ya?" Pete asked, withdrawing slightly.

"Nah, too many of these," Uncle Max dismissed the question, holding up his cigarette before sticking it back in his lips. He dealt the next hand.

Jackson eyed his dwindling chips, and reassuringly tapped his boot against the full duffel bag at his feet. It had taken a long time to put together the stash he had, but when he got a somewhat cryptic text to "pack a bag with stuff and meet at Uncle Max's for family game night," he did not hesitate. The text was innocent enough, but he knew Uncle Max, so he knew what to expect and extracted a liberal amount of "stuff" from his safe accordingly. He had enough left in the safe to last him a while, but still he was beginning to regret his hasty decision.

The game had been going on for nearly five hours now. Jackson knew that was nothing compared to some other games he'd been part of at Uncle Max's, but the tension was getting to him. Beads of sweat stood out on his forehead and trickled into his eyes. A siren wailed in the distance, and he stiffened until the sound disappeared into the night. He shouldn't be doing this. It was a bad idea.

"Hey Jacky," Pete exclaimed, interrupting his reverie. "Why so tense? Relax, man. You still got plenty."

"I know what I got," Jackson muttered testily. Tweedle-Dee and Tweedle-Dum always got on his nerves. Calling him "Jacky" didn't improve matters any.

"Shaddap an' play poker," Auntie Lewella burst in, and everybody quietly resumed the game. You just didn't argue with Auntie. She had knitting needles and she knew how to use them.

Jackson watched his small pile of chips ebb and flow, but mostly ebb. Luck was not running his way this time. If only it would suddenly turn and he could win back what he'd lost, he'd be happy.

He took a look at his newest hand, and forced a straight face to conceal his excitement. Speaking of luck... "I'll see your two and raise you twelve rolls," he found himself saying before he even thought it through.

"You even got that there?" Pete asked, glancing pointedly in the direction of the duffel bag under the table.

"Oh, I got it," Jackson replied. There was no turning back now. He tried to look nonchalant as he shoved all his chips into the center of the table.

Uncle Max eyed his nephew shrewdly and drew on his coffin nail, slowly exhaling tendrils of smoke. "Maybe you got a mighty good hand there," he stated flatly, "and maybe you don't. I'll see your bet." He tossed the chips into the pot.

Pete whistled. "Well, that leaves me out." He pulled his chair back, propped his feet up and tucked his arms behind his head, watching with curiosity for the outcome.

"Me too," Vince seconded.

"You must have something pretty good there," Steve spoke up, considering. "I'm out," he finally decided.

Auntie Lewella muttered the word "Out," and resumed her knitting.

Jackson's pulse quickened. He swept a wet lock of dark hair away from where it clung to his forehead, and laid his cards on the table. "Royal flush," he said breathlessly.

Jackson's elation plummeted until it felt like his heart was in his boot, his joy bursting like an overinflated balloon. He was done.

Suddenly and without warning, the window shattered inward, glass flying everywhere, the room starting to fill with tear gas. The door crashed open as men in black combat gear and gas masks poured in with guns drawn.

By the time the room had cleared and the coughing and burning eyes subsided, the SWAT team had everybody firmly subdued and secured and on their way out the door to a waiting van. Jackson stared in shock at the SWAT team, the National Guard, and the State Police surrounding the building. How had they known? He'd always been so careful. He snuck a glance at Pete. It had to have been him. He was always bragging about his blackmarket purchases of entire packs. Now they were all going to pay.

After they had been loaded into the van and were on their way to a very long prison sentence, a handheld communications device crackled. "Team leader, area is secured. I repeat, area is secured."

When the SWAT team leader walked through the door, the National Guard and Staties were already there, dusting for fingerprints and searching for hidden stashes.

"Well, what do we have here?" the team leader queried rhetorically as he approached the room's center, where several duffel bags, backpacks and suitcases were being opened and their contents dumped out onto the table. Roll after roll poured forth. He shook his head with disdain. "Toilet paper hoarders. When will they ever learn?"

"I'll see your two and raise you four rolls," the team leader said.

"I got nothin'. I'm out," Officer O'Brien of the State Police grumbled sorely. 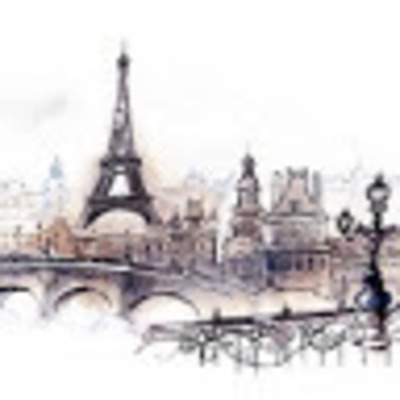 Oh my god. You had me really worried there for a second. Great story. Nice ending with the cops.

Thank you! I'm so thrilled to know that my story can make such an impact on readers! Thanks for reading and commenting. You made my day. :-) By the way, what do you think of my title? I wasn't sure if I should go with that, Wiped Out, or Royal Flush, haha. Best wishes, Lee

I like On A Roll the best. It makes sense, while being kinda vague and interesting. Although the puns are all great.

Great suspense! The reveal of the stash contents was really funny. Nice!

Thank you so much! I am so happy that people seem to like it! :-) Lee

Wow...Nice job creating so much suspense!!! I really liked the the whole story. Great! Please read and review my stories too...Thanks!

Thank you! I've been so busy lately, but I will try to remember to take a look at your stories when I get the chance. :-) Stay well, Lee 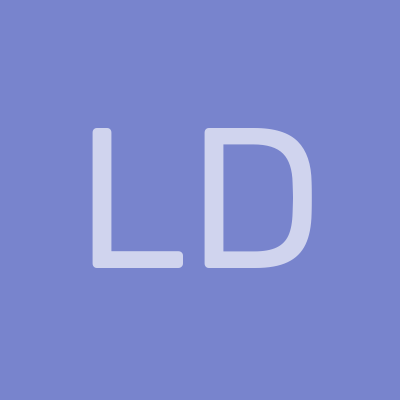 wow, love it! especially the sneaky little devilish twist at the end

Thank you very much! I'm glad you like it. I must say, nobody ever called my stories devilish before, haha. I hope to return the favor and comment on one of your stories soon. :-) By the way, what do you think of my title? ;-) Hope you're staying safe and sane in a world gone mad. - Lee

I almost named this story Ante Up Auntie, Wiped Out, The Big Rip-Off, or Royal Flush, but eventually chose On a Roll. Do you think I made the right choice? What is your favorite title, readers? And how did you all like my story?

Of all your possible title choices, I think On a Roll is best. You made a good choice here. And I like your story just fine. Got a little lost with all the card terms because I've never played but I found it enjoyable. To put it in a term you might understand ;) you played your cards so close to your chest when it came to the stash. Had me thinking the very worst. Well done.

Thank you very much! I'm glad you liked it. I'm also glad to hear that I came off like I knew what I was talking about when it came to poker. Hint: I did a LOT of research, haha. Best wishes, Lee