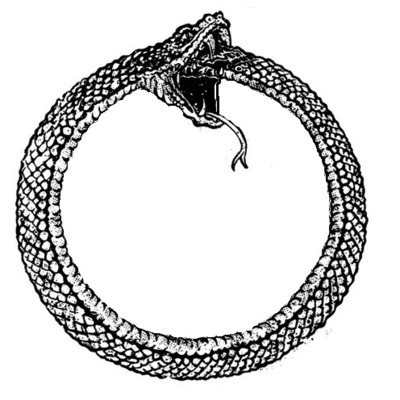 Marking the days of the week down to friday night. Young Tommy Smith dashes from his desk the moment the bell rings. Moving faster then his teacher can tell him to slow down. Tommy has his coat zipped, backpack strapped on tight and two yellow boots to match his outfit. Six years old and full of piss and vinegar. Tommy hops up and down patiently waiting for his parents to come pick him up from preschool.

As a few of the kids get picked up. Tommy keeps his enthusiasm. Anticipation acting like ants in his pant. Tommy keeps shifting about. It happened like this every friday. He knew that. His dad would go pick up his sisters from school, then and only then would it be his turn. The last few stragglers put their toys away, wash their hands and get themselves ready. Parents showing up ten if not fifteen minutes after class to get their kids. Clinging onto his excitement, Tommy stands there like a pillar of patience. Like betting on a sure thing. Tommy has his patience rewarded.

“Right on time.” He says to himself with a big grin.

Waving goodbye to Mrs. Heathers. Tommy pushes the front door open and runs into the parking lot. Right up to the reddish purple mini-van that his mom made them buy for. “The families safety.” like two years ago. Tommy and his dad never liked the thing. Even when he as a baby he knew it was rubbish. But, it is awfully funny how little things like that grow on you. Ten years from now, he might be driving this pile of junk. Tommy had always been more mature in his thoughts then others like that. He had good examples in his sisters though.

His sisters swing the door open for him. The eldest Melissa leans out and lifts him up right over the step and into his seat in the middle. Tickling Tommy while taking his backpack off of him, and getting him strapped in. The two giggle having fun until their Dad chimes in saying. “Okay, Melissa. That's enough. Let's get home. I mean you kids know what tonight is right?”

Putting his hand to his ear while getting onto the road. He gets a little louder saying. “I'm sorry? What's happening tonight?”

The kids get a little louder with their dad. Each shouting out. “It's game night.”

Turning the corner onto the main road home. He chuckles loudly and yells. “I can't hear you. What are you ants? Lets hear some enthusiasm.”

Tommy excitedly screams out with his sisters Clara and Melissa. “Game. Night!”

Laughing their dad screams back. “Is it game night?”

Each kid laughing with their fathers mistimed old Mr. Rogers type chuckle. Turning the corner home. Their dad pulls the mini-van right up the driveway and into the garage. Pressing the remote for the garage door closes it behind them. Unloading one after the other. Clara goes first, letting Melissa get to Tommy and unbuckle him. Clara picks Tommy up and sets him down on the ground in front of the door leading inside. Grabbing his backpack the girls help Tommy inside the house and they all get washed up for dinner and games.

Pizza, soda and all the board games any growing boy could ever want. Tommy simply cannot contain his excitement a minute longer. Each week a different family member got to pick the games they played for the night. Tonight was his night. Lately though, Tommy can't get enough of marbles. Hungry hungry hippos. Chinese checkers. Ker plunk. Or just in general playing with marbles. Something in him compels him to play with them. There is something magical about marbles.

Knowing this. Their dad already has hungry hungry hippos out, and ready to play. A glass of water and a soda for everyone with a spot ready at the round table. Even king Arthur would be proud of such a fine example of family revelry. With his moms help, Tommy sits down at the table with everyone else. Excited to play Tommy takes a sip from his soda, leans forward and grabs the board. Pulling it a little closer to himself. Tommy catches sight of the pit of marbles. Each of them, carefully nestled away.

Staring at them, Tommy locks in on them. The marbles. Start glowing with a faint golden shimmer. The faint light gets brighter, brighter and brighter until the light shines upon Tommy illuminating his features with a golden light. Reaching for the marbles, Tommy picks one up. Just one, singular marble. Staring at it shining with holy light. Tommy feels his hair swirl around with the breeze as it picks up and a strange almost angelic song echoes out from the darkened corners of his home. Breathing harder, Tommy lifts the marble higher, higher, and closer to his lips.

Placing plates down for everyone, their Dad looks up at Tommy. With an angry sigh he says. “Tommy, I don't want a repeat of last time. Please put that marble back with the others.”

It was like the magic stopped with his fathers voice. The breeze, the light and the music all came to an alarming halt for Tommy. Disappointed, Tommy pouts and drops the marble back in the pit with the others saying. “Okay dad.”

“Tommy, why do you love the marbles so much?” Asks their mother while grabbing a slice of pepperoni pizza for Clara.

“I don't know. It's like magic...or something. They shine and sing to me.” Tommy replies very seriously.

Chuckling with his sisters. She softly says. “I'm sure that the magic is very real to you honey. But, please don't eat the marbles. Okay?”

Keeping a watchful eye out on the table. Tommy waits for the moment his sister Melissa goes to grab her pizza. She typically helps him out with his own, and it keeps his parents distracted. Shaking a little in his booster seat, Tommy leans forward grabbing onto a handful of the marbles. With no one looking. The magic comes back. It's like Tommy has a pile of pure divine gold resting in his very hands. Staring into the marbles as he moves them around gently in his palms, Tommy can barely handle the blinding light coming from them. A burst of wind gusts upward across his face and down his back causing a terrible shiver. Licking his lips, Tommy hears the whispers on the wind. Loud enough to hear over the beautiful gospel of the marble.

“Eat it Tommy.” The voice whispers in his ear.

Sifting through the marbles in his hands for just the right one. He picks it up to his mouth ready to drop it in when Melissa takes it and the others from his hands saying. “Tommy. Stop it. We don't eat these. Marbles aren't food. You will choke on these, do you understand?”

Reaching for the marbles as Melissa pours them back into the pit. She pushes the game to the other side of the table before he can grab it saying. “Tommy. You don't eat marbles. Do you understand?”

Mid chew through a bite of pizza, their Dad says. “Yes what, Tommy? Respect your sister.”

With an angry sigh. Tommy mumbles. “We don't eat marbles. Yes I understand.”

Grabbing onto his plate. Tommy hastily eats through his slice of pizza to catch up with his family. Really it's about getting back to those marbles...Each bite brings Tommy closer to them as he chews and swallows. He even takes a sip of water or soda in between. He takes care not to choke while rushing through into a second half slice. Finishing up, he rubs his hands and face down with a wet wipe and then a napkin to dry. Ready to play, Tommy hops down from his booster seat to the floor. Walking over to the game he tries grabbing it from the table to move it closer to his side.

Patting him on the head, their mom moves it back over for him saying. “Careful Tommy, stop trying to rush everything. We can get started right now okay?”

Nodding in excitement, Tommy strides back over to his booster seat looking to his sister Melissa. With a light sigh she picks him up and puts him down in his seat.

Rubbing his hands together their dad scoots his chair in closer to the table saying. “Alright kiddos you ready?”

Clara and Melissa holler out in response. “Ready.”

Looking to her brother, Melissa screams out. “Oh my god. Tommy. Dad I think Tommy is choking on something.”

Gasping for air against the mouthful of marbles he snagged from the game when his sister sat him back down. Tommy turns blue. Hearing the beautiful music as it gets louder, Tommy sees a room full of gold.

“Eat the marbles Tommy.” The voice whispers in his ear.

Performing the heimlich on Tommy. Their Dad forces the marbles out of his mouth screaming. “God damn it. Tommy. And his fucking marbles!”