Emily stared tragically out the window.

She was beginning to feel a consuming pull of depression drag her down to its abject depths. From which, she was certain she would never return.

Somehow, her chest hurt even more at that thought, and a pointlessness seemed to emerge to claim her. This quarantine, this social-distancing, it was more painful than she ever expected. She didn’t necessarily consider herself an extrovert but the need to be around people and feel the love of others was a strong motive to leave her home.

Her home, where it appeared the members of her family were practicing social-distancing themselves.

She scanned the room miserably.

Her younger sister snorted at something said by the characters on her screen, her face was illuminated by the blue glow of her iPad and she sat curled on the couch cushions, greedily consuming the entertainment. Her older brother sat beside her on the floor, a controller in hand as he destroyed the enemies he encountered on the TV. He too, was enraptured by the multicolored screen.

The rest of the room was nearly just as sad. Emily sat under a dim yellow light in the midst of a haphazard clean up that only made the shadows longer and dirtier in the darkness. Emily had been trying to read, in an attempt to distance herself from the screen that had captured her as well.

But it only made her lugubrious spirit increase.

Her fingers itched for her phone, for another distraction, to escape. But she knew deep down that doing that would only make her anger and depression grow tenfold. She must resist.

She knew that these feelings would only get worse before they got better so she took a deep breath and tried to read her book again.

But the words only blurred together after a page or two, and she groaned in frustration. She was trying here! She was really trying!

She almost wanted to march over to her siblings and press the power button on their games, she wanted to take charge and do the right thing. But she knew that would only create more problems than it would solve.

She could already imagine her brother’s bloodshot eyes turning to her, exasperated by her actions and her little sister’s guilty admission and apology. She knew she would crumble under the two of them combined. Especially since she hadn’t been a very good example of what to do the past few days either.

She knew it would only be seen as hypocrisy.

But it didn’t make her want to do it any less. She knew they couldn’t keep this up—as much as she wanted to—it wasn’t healthy, and their relationships were going to suffer for it. The way they were acting also wasn’t fair to their parents, who continued to work and improve themselves for their sake. It pained her infinitely to know that there was something she could do, but that she was prevented from doing it.

And she felt she was slowly slipping in each area, which only made her more anxious to change the way she and her siblings were acting. Though, she supposed she wasn’t accountable for her siblings.

Still, she felt obligated to try everything in her power to stop their bad habits for them. The words ‘control freak’ came easily to mind.

She sighed heavily for what felt like the millionth time that day and meandered to the kitchen lazily. Her existence felt summed up in the wise words of Katy Perry: Do you ever feel like a plastic bag, drifting through the wind wanting to start again?

Yes Katy, I know the feeling. She imagined herself replying, as if they were old friends.

She opened the fridge door, searching for something that wasn’t there and shut it after a moment, beginning to scan the cabinets for anything that looked like it would bring her satisfaction.

“What!” She heard the telltale ‘click!’ of the TV shutting off and the unceremonious dropping of her brother’s headset.

She poked her head curiously out of the kitchen, “What is it, Owen?”

He raked a hand through his stiff curls tiredly, “Power’s out.”

It was then that she could hear the unnatural silence of the generators and noticed the blank screen above the stove where the time should have been. She checked the refrigerator and realized the light wasn’t on in there either. “That’s not good...” She muttered, running a hand through her own hair.

“What?” Emily asked, quirking a brow. The power outage shouldn’t be affecting her iPad.

Owen scowled, “No way Cass, give me that.”

She crossed her arms as he scrolled through the iPad’s information and his brow furrowed. “Way.” She quipped smugly, taking her device back.

Emily stood stunned. Power and WiFi out? She stared nervously at her siblings. They seemed fine right now, but she could tell they weren’t particularly thrilled to be free of the entertainment.

She breathed out slowly “Soooo...what do you guys want to do?”

Emily watched them. They weren’t usually this bristled with each other. She knew it was just because of the fact that their constant flow of whatever they wanted was stopped involuntarily. She loved them both dearly and sincerely had missed spending time with them, so in this situation she honestly sided more with Cass.

She wanted to feel love in the room and was in desperate need of laughter. And the fact that it was Cass, and not she who had suggested it, only made her that much more enthusiastic towards the idea. Though, she knew getting Owen to go along with it wouldn’t necessarily be a walk in the park.

“Cass is right.” She agreed “Let’s play something together.”

Owen yawned and stretched before dropping his hands to his sides and checking the time. “You guys do what you want.” He said, his voice thick with sleep. “I’m gonna take a nap.”

Emily deflated. She knew she hadn’t been very active either, but Owen’s unwillingness to spend time with them after being so inactive himself made her sad. “C’mon Owen, please?”

Owen gave her a look. She could physically see how exhausted he was. Thick purple pouches under his eyes, he hadn’t shaved in a day or two, and his eyes were so bloodshot it was a wonder he could see through the red. “I would,” he replied honestly “but I’m really tired.”

Emily felt desperation seeping in beneath her skin. It had been such a long while since they had done something together without being pushed to do it.

Cass was already setting up UNO. She shuffled the cards masterfully, by spreading them all out messily on the table and shoving them together in a heap.

“Yeah,” Emily tried again, she needed this. “But you’ve been on that Xbox all day! Can’t you play one game with us?”

Just one game, please. Then you can go take a nap.

Owen pinched the bridge of his nose and gave an overly dramatized sigh, clearly showing his displeasure and unwanted feelings towards playing. “Fine. One game.”

Cass cheered and Emily gave him a grateful smile. The game would definitely not have been half as fun without her brother. Cass was fantastic, but with Owen the game became—well, a game!

And it was. After a few bitter turns it got interesting. Suddenly, Owen was out of his emotional-hibernation and began to play with his usual fire and charisma. Cass had been all in from the beginning, but was proving to be the luckiest of the three and therefore the easy target.

Emily stared at her cards, she had maybe 50 and was definitely not going to win. But she had the game in her hands at this point. She could cause Cass’s downfall or lead Owen to destruction. They both had only one card left and they were making their cases to her now.

She knew what colors they had and was almost nearly certain they didn’t have any extra sneaky cards to play...

“You remember that time I let you eat my last KitKat? This is the time to give back—”

Only one winner. This was it.

She held her hand up for silence, and they both stared at her, eyes comically large.

She placed the card on the table and watched as Owen threw his cards to the ground and Cass proceeded to victory dance.

At which point, their parents walked in, soaking wet from the rain. Cass ran to them with tales of victory. And Owen didn’t look nearly as tired anymore.

The bags beneath his eyes had been ignored, the redness was gone, and he was smiling. So was Cass, and so was Emily.

Their parents sat and the second war-like round began. Laughter rang through their small living room and love was tangible in the air. It was a perfect end to the day.

And Emily looked out the window once more, but this time with a smile on her face.

Ah, this story left me so happy. I love how they came together when the power went out. Well done!!

Ah! Your comment left me so happy! Thank you so much!! ♥️

Very nice story! The way you showed the siblings bonding when there was no technology to distract them, was lovely. Like Peace, I also think you focussed more on the backstory than them having a great game night. I would have personally liked to see them having more conversations during the UNO.

Yes! This is something I will definitely work on! And thank you! For reading and for commenting I seriously appreciate it! And I read your story last night! It was stunning. Almost moved me to tears <3

This is a good story. We could see the protagonist's thoughts clearly. I personally think that you focused so much on giving a backstory that you just skimmed the surface when it came to the meat of the story...which should have been the game night. Other than that, it was a great story. Keep writing!

Thank you so much for your feedback! And I agree I will definitely keep that in mind moving forward with writing 😊 But wow!!! Your story is loveliness! I am so grateful to have such good critique from such a good author. Thanks!

You give such high praise that has me blushing. I know how much feedback means so I'm glad to do it.

Well thank you for doing it very much ♥️ 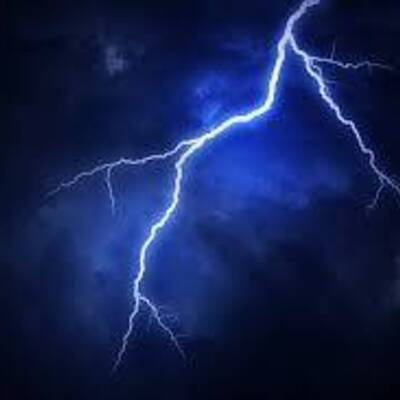 This was such a great story! I loved the family dynamic and the inner conflict of Emily.