You Will Look a Ghost in the Eyes, but Not Me

People don’t make eye contact with me anymore. Most either look away or put on sunglasses so their staring goes ‘unnoticed’ and people won’t think they’re weird. Though, I doubt anyone in this store would consider them weird when they’ve got me to compare to.

As I glide into check out, the cashier fixes their gaze on the pink feather boa I’m buying and already wearing to avoid eye contact. I take off the boa to pay and pretend I don’t notice them judging me.

I slip her a five.

“Do you want a bag,” she asks as I already slip the boa back around my neck.

As I walk out the door, I feel her eyes now locked on my plastic-pearl necklace. I can hear her mutter something under her lips and I sigh as I slip out. Part of me wants to go back in there, stuff her in a headlock and get her to apologize--but I know it won’t stop them from judging, it’ll only make the rumors worse. Society never sides with someone they’ve already deemed crazy.

Besides, I know better than anyone from my years as a marine that true violence never solves a problem, it only suppresses it.

I arrive at home a couple of minutes before noon. My daughter’s old kiddie tea set rests in my front lawn, still a little damp from last night’s rain--I’ll have to dry it before twelve.

The smell of crumpets drifts through the air as I open my front door. With a skip to my step, I waltz over to the kitchen and take them out of the timed oven.

“Those smell good,” I hear a voice from behind me chirp.

“You’re early, Annie,” I coo as I take the treats from the oven.

I dramatically whip it around my neck and pose. “Isn’t it just fabulous?”

“It matches mine!” Annie does a little twirl to show off.

“I know,” I chuckle as I grab a towel and head out to the front yard. Annie follows me out and takes a couple short cuts by floating through the walls. Perks of being a ghost.

As I wipe down the tiny tea set, I explain. “Give me a second to dry this off, it rained last night.”

Annie plops down across from me with a dazzling smile and a hand already on the baked goods. “Crumpets are my favorite.”

She plunges a hand in one and pulls out a ghostly shadow of the food, then stuffs it into her mouth. Soft, transparent crumbs fall from her mouth and float through the table.

“Oh, I almost forget, there’s something I wanted to give you.”

Quickly, I vanish back into the house before returning with a stuffed giraffe.

When Annie takes a shadowy version of it from my arms and squeezes it tight, I smile. The stuffed animal used to belong to my daughter, but she hasn’t used it in a long time. Annie may not be my daughter, but she is someone’s daughter. I know I would want someone to do the same for my kid.

My smile almost falters as I hear the neighbors gossiping in the background.

“Oh my god, are you sure he’s straight?”

“He’s crazy, out there talking to himself--playing with toys made for little girls.”

“I thought marines were supposed to be tough…”

“Poor guy. Loses his wife and daughter in an accident then loses his mind without them.”

I shake my head from them. “Annie, would you like some tea?”

“Green, I just got some shipped in from Japan this morning.”

“The fanciest. So, what would you like to discuss today, princess?”

“Why my stuffed hippo and stuffed tiger can’t get along together!”

“How you tried to get them to talk out their differences?”

“He needs psychiatric help. What a lunatic.”

The next morning, at around ten in the morning, my doorbell rang. “How did you ring the doorbell, Annie…”

When I open the door, instead of seeing a sweet ghost girl, two men in scrubs stand at my doorstep. “Good morning, Mr. Wells. We are here from the Saint Monica Health Center and we would love to give you a ride down there.”

I glance from one man to the other. Both have their hands folded neatly behind their backs. “Are you being serious?”

“I’m not a threat to anyone,” I rationalize. “You have no reason to hospitalize me.”

One took a step forward. I sneered and took one back. “Mr. Wells, we understand that you may feel that way, but some of your neighbors feel uncomfortable with your recent… behaviors. If everything is trying fine, you’ll be out in no time. It’s all standard procedure, really.”

I raise my left eyebrow. “It’s standard procedure to lock someone up just because a few people feel ‘uncomfortable’? Y’all are making me uncomfortable standing on my private property, who should I call?”

The other scrub shifts on their feet. “Sir, if you could please just come with us...”

“I’m afraid I can’t, gentlemen. I have company coming over later and it would be rude to leave now.”

“Mr. Wells, no one’s coming over, please just come with us peacefully.”

“How many times do I have to tell you boys? I’m. Not. Going. I have company coming over!”

The taller one pulls out a syringe from behind his back.

“Are you being serious right now?”

“Sir, please come with us.” The shorter one grabs my arm as I stare at them in shock. I yank it back.

“Not a chance,” I spit and try to slam the door in their faces, but the tall one holds in open.

“Get off my porch,” I growl as a final warning, bearing my fists. “I don’t believe in unnecessary violence, or violence as a solution, but I do believe in not being kidnapped off my own doorstep.”

Annie crouches down on my doorstep with her head leaning on her hands. She sighs and plucks a feather from her boa. “Where is he?” She mutters.

Her eyes drift across the ground when they land on a shiny, point, plastic tube. Carefully, she picks up the ghost-version of the needle and sees the fine print written on it’s side. “Saint Monica Health Center,” she reads. “Huh. I wonder where that is.”

I slouch against the padded wall of my room. I like to believe the door’s a little banged up after I threw my body into it over a dozen times (it isn’t actually, but I like to believe). “Let me out,” I cry for the hundredth time with a strained throat. “I have a guest coming over and I don’t want her to be alone.”

“Mr. Wells,” one of the scrubs from before call from the other side. “There is no one. There was never another. Please stop yelling.”

“Never. Not until you believe me and let me out.”

I hear one of them sigh.

They’re never gonna believe. Society never sides with someone they’ve already deemed crazy. It’s too much work to open their minds up to the possibility that they were wrong all along. It’s much easier to bring a man to his knees.

I hear them talking outside my cell. “Dr. Marcus will be here shortly for an evaluation.”

“Do you think he’ll try to attack him?”

I sigh and roll onto my back. “You guys, I’m not going to attack anyone.”

“Hey! I only flipped you and that’s because you lunged at me with a needle.”

“You were being difficult first!”

“What is this? A blame game? This is getting childish, just let me out of here! I have someone… waiting… for…” My voice dies down as I see a small, ghostly figure emerge through the opposite side of my room. “Annie,” my voice almost chokes, “you’re here.”

Without waiting for her to finish, I rush up to her and try to hug her, then settle for just hoovering my hands near her body. “I’m so glad you’re here. I might not be able to make snacks for today’s tea time.”

There’s a knocking on the door. “Mr. Wells, who are you talking to?”

“Why do you care?” I snap back. “You’ll never believe me anyway.”

“Well, duh. No one would ever want to be here--there’s no tea and feather boas.”

I crack a smile. “Yeah, that’s the reason why I don’t want to be here.”

“Are the men on the other side of the door keeping you here?”

After pausing for a minute with a scrunched thinking on her face, she finally makes up her mind about something and says. “Alright, give me thirty seconds.”

Then, she steps through the door. The two scrubs shriek from the other side. “It’s a ghost!”

“Oh my god! I think we caught his schizophrenia!”

The short one pulls down his shirt from his mouth where he kept it like a doctor’s mask. “You sure?”

“Excuse me,” Annie piped up. “Can you let my friend go? We usually have tea parties around this time and I’m missing it because he’s in there and there’s isn’t any tea in that room.”

“Wait, so you’re really the ‘company’ Mr. Wells kept talking about?” The tall one clarified.

The scrubs exchange a look. “Nothing, it’s just… very interesting.”

I was released from the mental ward a short while after Annie appeared. And I never saw them again--expect from Sundays at noon. They joined one of our weekly tea parties and even splurged for a feather boa. Sometimes, other nurses join the tea party as well. Last week, one of the nurses even brought Annie a stuffed elephant to keep her giraffe company. And for the first time in a while, the nurses actually looked into my eyes when talking to me.

It’s not violence that solves the problem, but understanding someone and seeing their side of the story by finally seeing it through their eyes. But you can’t do that if you can’t even look into them to begin with. 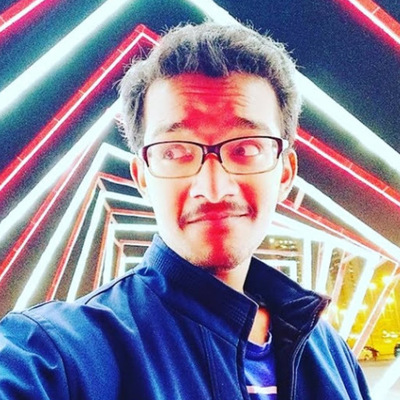 This was a pretty nice and touching read. 😊