I figured with all this grand universe to explore you likely wouldn’t be back for a while. What gives?

“Wow...It’s been damn near a month⎯and the green tea with lemon and honey will help with this cold.”

“I may not look it but I can’t stop sneezing and my eyes keep watering.”

“How do you know? You’re not a ghost. And I’m sneezing all over the place. And in threes every so often.”

“Yeah, one right after another. Then the goosebumps come and I break out in a cold sweat.”

“Okay, you’re taking it too far⎯goosebumps and a cold sweat. Spirits don’t have skin.”

“Must not be since I’m sweating and sneezing.”

“And spirits don’t have sweat glands and tear ducts.”

“Well, ghosts do because my eyes water to the point my vision gets blurry.”

“I didn’t say crying I said watering. I have a cold that’s why the honey and the lemon in the tea.”

Mobi sips her tea turns toward the kitchen door and waits.

“Who are you talking to?” Her husband Charles asks peeking around the doorway.

“I was finishing up some important basketball stuff on my computer⎯deep in thought.”

“Didn’t sound like rebounds and free throws to me,” Oriana says.

Mobi whips her head toward Oriana, “Before I was rudely interrupted I was figuring my bracket.”

“I’m over here,” her husband states.

“I know. I thought I heard something...an old bat...by the window.”

Oriana laughs⎯tea burns her lip. “What did you call me?...Tell him, I say hello.”

Mobi turns back toward her husband, “And hello. Yes, you are over there.”

“I didn’t say for you to say hello I said for you to tell him I said hello. You haven’t told him, have you?”

“I’m a little distracted, Charles. And certain things can’t be conversated about.”

“I’m not some taboo topic. He knew me when I was living, We can reacquaint now that I’m a ghost.”

points per game⎯before we finish all the entries.”

“I know. And I’m in the middle of the men’s first bracket entry. On top of finishing five more, I have to run to the farmer’s market, finish chopping this salad, vacuum the car, then we’ll go to Home Depot, come back, and pick the movies to watch.”

Mobi splashes tea on herself as she turns to find Oriana standing right on top of her shaking her head. “Wow...Relationships are supposed to be about honesty. I’m standing right here. All you had to do was reintroduce us: Charles...You remember Oriana.”

“He would have had a heart attack, Ori’. Maybe...I’d like to have him in the physical realm for fifty more years.”

“Like you’re doing so bad with me visiting on occasion. What makes him any different? We were friends in kindergarten through seventh grade, then you came in eighth grade. And the town was in a tizzy. Athletic and beautiful in eighth grade a varsity starter in⎯name it. The senior boys in all the townships were falling all over themselves. And some of the senior men too.”

Mobi laughs. A stream of tea dribbles down her lip to her chin. She grabs her paper towel, dabs it. “That was a handful of injuries and decades ago, Oriana. And that’s not funny.”

“Now look at you retired WNBA player and current college basketball coach. And by the way...Is that legal for the head coach to bet on her team to win it all in March Madness.”

“Yes, it’s legal. And it’s not gambling. I’m predicting...If you don’t mind...that we have the best team in the nation. Vegas is not in play here. You know how this works. I haven’t put down any flow.”

“How long before Charles wants to have a serious talk with you?”

“A serious talk about what?”

“About you talking to yourself?”

“What are you doing now?”

“Talking to you about your gambling problem.”

Oriana chuckles, “I don’t have a gambling problem. You’re the head coach betting on her team to win the national championship. The audacity of some people.”

“When Charles witnesses our tea parties what is it he sees?” Ori asks.

“Two friends reminiscing, making the most of an early Sunday afternoon.” Mobi hastens to the entry of the kitchen, looks down the hallway, then upstairs⎯Charles slips out of her line of sight at the top of the stairs where he is listening. Mobi saunters back to the kitchen. “I’m always on my computer, my blue tooth is connected, I have my earpiece in. I talk to you. I talk to coaching staff. I talk to agents. I talk to recruits. I talk to parents. I inform him: it’s simply business.”

“And what if he catches you like moments ago and you’re joking and deep in conversation, smiling from ear to ear...he might think you’re having an affair.”

Mobi smirks...raises an eyebrow and looks down her nose. “I was not and am not smiling from ear to ear.”

“When was it...a couple of games ago? The game your girls won by almost fifty points. You and that opposing head coach shook hands and held each other’s gaze for longer than should be allowed...if you ask me.”

“Stop...you should be ashamed of yourself. That kid is barely thirty years old.”

“I am more than happily married.”

“Than why all the secrets,” whispers Oriana.

“Why are you whispering?”

“Just in case you know who is listening.”

“There are no...secrets. And as you saw you know who doesn’t hear you.”

“He could...I could simply make myself known to him.”

“I know. And we could all reminisce. Ori’ I already find him going through his family album much more since you died. His brother, sisters, parents are still alive. But there you are. Your family, his family⎯the Fourth of July,  camping, fall festivals, pictures of you two...field level seats at the World Series when you’ll were ten, eleven.”

“Wait. Before you ask. Yes, I believe if he sees you again. He will want to spend most his time with you.”

“But keeping things as is you can have both of us as good friends,” Ori states 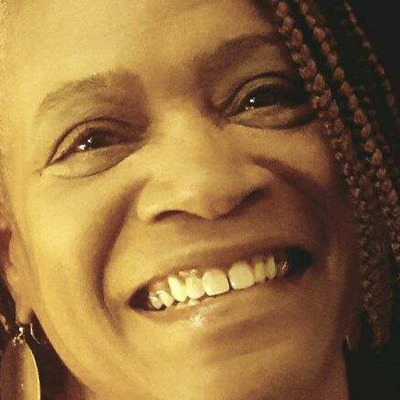 I really enjoyed the humor in this piece and the dialogue was good-it disclosed a good deal about the relationship between friend, wife and husband.it felt like a piece of a larger work, especially since it was almost completely dialogue driven.