The Price She Pays

She was very well aware of the price she would pay. She was selfish in all reality, she had two beautiful children and a husband who loved her. But it was worth it. To smell him again, taste his mouth, feel him in every sense of the word. To be so unequivocally herself again, the pureness of it all.

Hannah knew that every time she said the words that she was shortening her life by a day, and how do you know how long your life actually spans? Another ten minutes? Ten years? Twenty? Would she be a centennial? Or was she robbing her children of a mother early in their lives? Sometimes the guilt would hit her, and she would feel the pang in her stomach. If she had known the power that she possessed five years ago, she wouldn’t have said yes to Wyatt when he asked her to marry him. Wouldn’t have had his children, with their beautiful blue eyes and crooked little smiles. She was thirty-six years old when she walked down that aisle. He was a good man, he doted on her; they liked the same books and movies. He was stable, and she wanted a family. The family she had envisioned ten years prior with Cole, before he was taken from her so suddenly.

A piece of her soul was separated from her body the day she received that knock on the door. That knock left her forever changed, her life was divided into two parts in that moment. The before the knock part, and the after the knock part. The crisp military uniforms. The notification. The “We regret to inform you” speech. The guttural sound that came out of her mouth as her knees hit the ground. The numbness at the funeral, the sounds of the three guns during the salute echoing into the crisp morning air. Everything tasted like dust in her mouth. She lost the baby one week after the funeral; she was fifteen weeks along at that point. As if she hadn’t been hit hard enough, the fates seemed determined to break her completely.

They had been married only one short year. He had deployed to Afghanistan three months prior. She was just acclimating to sending care packages and video chatting with each other. Writing letters instead of emailing one another because there was an old-world beauty in receiving a letter with his handwriting scrawled across the front, or spraying his letter with her perfume. She imagined it was like what the men and women had felt like during World War Two. She told him she wanted to relate to the Greatest Generation, that there was a timeless romance in a handwritten letter. She received his last letter a month after his death, reading it over and over while running her fingers over his handwriting. She refused to let the warm tears hit it in fear of smudging the last words he would ever say to her. They had video chatted the night before he was killed, talked about the baby that was growing inside her, discussed both boy and girl names. James if it was a boy, Samantha if it was a girl.

That’s what she named her children over ten years later. Wyatt never knew that those were the names that she had picked with her deceased husband. He never really knew much about Cole, she kept that part of herself to herself. And he was a good man, Wyatt, he didn’t need to know how she could never really love him or the kids the way that she loved Cole and the baby who’s sex she had never even known. She didn’t want to hurt him like that.

She was thirty-two by the time she had pulled herself out of the darkness that engulfed her for the years following Cole’s death. Thirty-four when she met Wyatt and eventually loved him. It was a quiet love, steady. She was his first marriage. There was no grandeur in the wedding like there had been with Cole. She had wanted the fairytale wedding with Cole, complete with the ball gown and cathedral veil; surrounded by an array of different guests. When she had married Wyatt, it was a small ceremony on the beach, with no shoes and only a handful of very close family and friends. When she looked at Wyatt and promised herself to him in her vows, her heart ached for the love that she lost, but her eyes and her smile never betrayed that to him. They were pregnant within the year, James arriving when she was thirty-seven, Samantha at thirty-nine. Although she loved her children, she would always mourn the baby that never made it out of her womb.

For her fortieth birthday Wyatt booked them a trip to Ireland. Her great-grandparents John and Hannah, her namesake, had both emigrated to the United States. They had both passed through Ellis Island at different times, and had both made homes just outside of Boston, meeting one another at Hibernian Hall; a gathering place for Boston’s Irish population. Her great-grandfather had asked her great-grandmother to dance and the rest was history. She loved telling Cole the love story, and how John was courting another girl at the time, but the minute that he locked eyes with Hannah he was completely taken by her. Cole used to say that he had experienced the same feeling when they had locked eyes for the first time. Wyatt only knew that her great-grandparents had lived in Ireland for a time and that she would like to visit the country someday. She kept their love story as a memory between her and Cole.

After visiting the beautiful country with its lush greenness, she became inspired to learn the language of her ancestors. Hannah began to teach herself Gaelic while the kids were asleep. The magic came in the midst of a billowy summer night, as she went over some Gaelic phrases. She said “San am a chuaigh thart”, which translated to “In the past” in English. The room felt like it was spinning for a few moments until she landed on her feet in the dark, the dizziness subsiding and her vision clearing. A gold colored glimmer appeared and a beautiful red headed woman stood before her. She explained the centuries old magic to her, she just had to whisper the memory and then whisper the phrase “San am a chuaigh thart” and she would be transported back into the memory, into her body to relive it. She could use it as much as she wanted, but that all magic comes with a price. The price being a day off of her life for every memory she revisited.

When she came to, she had returned to the screened in back porch, her laptop still open to the page she was studying. She figured that she had dozed off, because there was no magic in this world. Just for kicks she whispered “the night I met Cole, “San am a chuaigh thart”

She was transported back into that night, back into the bar with the live music where she met eye contact for the first time with his beautiful brown eyes. Back to the moment that she asked him to dance, and they danced for a few songs. They both went their separate ways throughout the night, with their respective friend groups. She thought he had left for the night and she made her way to her little red car when she heard someone calling her name. She turned to see him running toward her, he took both her hands in his and he said he wanted her cell number before he would leave. She relived the conversation that had been the beginning of the great love of her life. She was able to feel every aspect to the night, from the butterflies floating around in her stomach to the tingling in her fingers as her held her hands.

When she opened her eyes, no time had passed in the present, the clock on her laptop exactly where it was when she whispered the words.

That was the beginning of the blessing and the curse that she now had before her. She could go back and relive every memory she had with Cole. Feel his arms around her, smell him, breathe him in. He was alive for her again, and she only had to relive the memories she chose to. He never died for her that way. She never felt the pain of his loss, just the joy. She relived every wonderful moment with him, their first kiss, dates with friends, the day he asked her to marry him. She relived the wedding vows they promised to each other, and the day she told him he was going to be a father.

In turn, she lived with the guilt of robbing her children and the man who had loved her steadily of not only days of her life with them but also of ever truly moving on from her past and being able to live in the present with the family she had created. The children that loved her with an innocence and purity and the husband that she could kiss without having to whisper a phrase.

With every memory she relived, she promised herself it would be her last. That it was enough, but it never was. She wished that she had discovered the magic prior to meeting Wyatt because she could have just lived in the memories, the days of her life wouldn’t have mattered. And then there were the times she looked into her daughter’s eyes or her son laughed contagiously and wished she had never discovered the magic at all, so that they could have had a better mother. A mother who wanted to live all of her days with them.

She tucks them in that night, kisses their little noses, reads them a bedtime story. She watches a movie with Wyatt after the kids are in bed, her fingers intertwined with his, drinking red wine. This should be enough Hannah, she tells herself. But as she lies in bed that night next to her husband, listening to him snoring lightly, she whispers “the first date I had with Cole, San am a chuaigh thart;” and she is transported to that beautiful July day, hiking with him, laughing and talking with him, wondering if he is going to kiss her at the end of the  date. 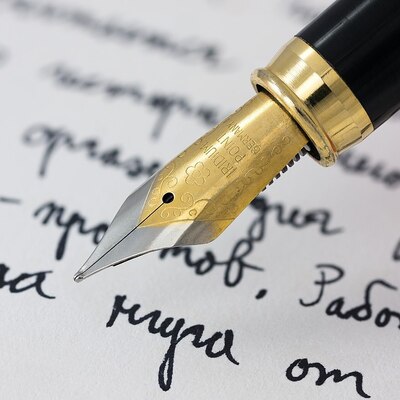 Good job! It was a different from the other stories in this prompt.