Amalia was running out of time. It was 8 pm and she knew she had to find the box before it was too late. Lately her memory had been failing her. She not only had been forgetting where her car keys were (although everybody does that occasionally), but she could not always remember the name of her favorite quilting shop. Then there was the fact that if she went for groceries, to pick up even just three items, often she could not remember the third, and sometimes even the second escaped her. She was afraid to go to the doctor, afraid she’d be told it was just depression after the divorce. She knew better.

Fortunately, Amalia did not have to poke around too much among the collection of boxes assembled in the far corner of the basement that held the belongings of many people, family members who were often long gone and even more often, nameless. A couple of the boxes had been labeled ‘Mom’s house’ or ‘Dad’s things’ or simply ‘Toys’. However, one box in particular was Amalia’s objective. She recalled it as having no label, and thus no identity. She thought it was one that had a strong musty smell, as if it had been retrieved from another, older basement by somebody who probably was a family member, since for the most part only family goes into old basements and rescues things. Amalia thought that it was fortunate the box had survived and found its way to her residence. She knew she was somehow entitled to remove the contents, one item at a time, each a receptacle of hours or days. Each thing would likely be some fragment of a life, maybe unnamed and possibly with no date to remind her what she no longer thought she could recall. The box would help her feel safe, undamaged again.

The overall mustiness seemed to be a semi-dry perspiration exuded by the outer, creased cardboard sides of the box. It was damp yet warm. In contrast there was a surface on the inner walls like cool, smooth stones, stones like the ones in the basement of the two-centuries-old house where Amalia had grown up, layered with the sediments of lives long swaddled in oblivion.

She moved a drooping wave of hair away from the side of her face, pushed the flaps further back, out of the way, and peered in. When she saw time hanging like cobwebs from the objects on the top, she tried to flick it away, but it seemed to stick to her fingers, soft and translucent. Strangely drawn to what already felt like a sanctuary but not without danger, Amalia did not hesitate to slip her ringless fingers down through at least a layer or two, noticing as she did how gauzy hours, months, and years rippled around her knuckles. This lack of fear worried her, in part because she was afraid of how her daughter Lavinia would question this attraction for dust and anonymity.

“What’s this?” Amalia asked nobody, but she could clearly see it was an unsealed envelope. It wasn’t flat.

“And this?” again, the answer was not hard. It was a dried rose, perhaps once white or pink, that was joined to a light brown lock of hair with a yellowed satin ribbon, 3/8” wide and very wrinkled from lying among so many odd-shaped items. Shouldn’t it have been placed in its own container? The old rose still had a few small thorns on its stem that appeared to snag the bits of time hovering in the musty box. Amalia almost felt uneasy, because she knew the story of the dead blossom and also knew that nobody else in the world could identify it.

“This must be the tag for a dog.” A logical conclusion regarding the metal rectangle about 1 1/2” by 1”, perhaps made of tin or another alloy that had dulled with moisture and acquired a blue-green patina along one side.

One more item emerged as she groped through the remains of past lives, some hers, some not, most not. Amalia plucked out a folded, also yellowed like the rose, sheet of paper. Her gaze registered that it was rather large and heavy as if intended to preserve something. Unfolded, it revealed numerous names arranged in a genealogical tree. The handwriting varied, but all the names (some with dates indicating life spans) were written in pencil. The graphite had neither smudged nor faded. It was a web.

Amalia had to stop for a moment. A phone was ringing, but it wasn’t her cell. It was the beige phone on the wall from the house on Main Street. The loud jangle was unmistakable. The heavy sound made her realize how much the four objects she’d removed from the box felt. Images coalesced out of the mustiness and suddenly Amalia could see, smell, touch, taste nothing else. When the jangling faded, she was ready to continue.

The bulging business-sized envelope gave up its contents easily enough. The fireflies in the back yard might have helped, but it wasn’t that hard to see the valentines, 1950s vintage, the kind children in grade school used to put in handmade construction paper mailboxes. Amalia read the childish phrases on the fronts one by one, turning them over afterward to read the signatures of people who hadn’t been writing cursive for very long. Each one had an exact image of the sender attached. Terry (Leone). Chubby, dark-haired, freckles. Had a crush on Ellen. Middle initial was A. Lived on Cuyler Street. Billy (Hackett ). Stubby. Straight, dusty blond hair. Goofy. Small. Sat in last desk, close to cloakroom. Liked plaid shirts and tan pants. No girl ever gave him a second glance. Not poor Billy. Karen (Potter). Skinny. Wore dresses that hung from scrawny shoulders. Had long, bony fingers. Nervous. Not as smart as she thought she was. Ellen (Lemoyne). Pretty, blond, plump. Middle name was Day. Wore red a lot. Mother had a women’s apparel shop on north side of Maine Street. Nancy (Deys). Green eyes and freckles. Largish nose but wore cute shoes and had a nice Scottish plaid jacket. Lived right across from the elementary school, on Canandaigua Street. Was adopted. Her house had a great pantry. David (Steurrys). Tall and looked older than everybody else. Would never get grades higher than C. Would marry Connie (Gratton) and have three children in three years. Everybody was sitting in a schoolroom with twelve windows on the west side and a blackboard on two walls. Mrs. Burke used to make lines on the boards using a device that had five wire fingers to insert the white cylinders. Perfect to teach cursive writing or do music annotation. Black erasers with two white lines running down them made lots of dust, but then there was the pasty wet smell of clean slate at the end of the day to correct that. 3:18 pm. The students were making desk hinges creak when putting away their work utensils and lining up to file out the door across from the windows with the crinkly glass that kept people in the hall from looking in.

Next was the rose. It was fragile, brittle, flattened, but actually heavier than the valentines and Amalia knew its story exactly. She saw the two girls who’d been hit by the black car in the 1920s. The car belonged to a math professor at Cornell, Dr. Tanner, who twice hit the accelerator of his fancy vehicle, crushing the two girls when trying to pull out of his residence across the street. He got flustered, confused, his gray beard and mustache awry. The lock of hair had to belong to Lillian Maybelle. Lillian had been wearing a black raincoat the day of her death, but they buried her in a soft blue gown and camouflaged her fractures, including the one to her head that was fatal. Amalia had never met Lillian, but she knew the grief her loss had caused. She could walk through the house on Monroe Heights in Ithaca and saw a couple of the cockroaches that Lillian’s sister despised so much. They made her shudder, because she hadn’t met Lillian, but she had known and loved her sister.

The metal rectangle had belonged to Tippy, a red cocker spaniel. Tippy had been adopted when only a few weeks old and the first thing she did when they brought her into the house was to pee on the spotted yellow linoleum in the yellow kitchen with the wainscoting. The linoleum was already cracked and would deteriorate over the years. Tippy’s tale was cropped too short. Her eyes were brown with dark rims. Full of love. She longed to be at the foot of anybody in her family. Her red fur gradually turned more whitish and her legs had cream-colored feathers that she loved to have brushed. She loved to sneak the cat Bambi’s milk from the green bowl on the wall to the left of the sink, but usually threw it up because she couldn’t digest milk. She liked going for rides in the gray Chevrolet wagon and stuck her head into the wind when she could, her tongue hanging out, eyes smiling. Her yip was like no other dog’s. Dr. North was her vet until Tippy died at 21. That was about 50 years ago. Bambi also lived to be 21, but Amalia hadn’t yet seen any of the pipe cleaners that were made into circles and Bambi liked to catch or fish off the ledge in the dining room, just where the wainscoting panel stopped. Probably there was one of those ‘playthings’ in the box somewhere.

Amalia decided to return the heavy paper with the list of names to the box because she would need more time to study it. Her shoulders ached from holding the other three items and she knew it was getting later. She was worried she’d lost track of time, that her mind had wandered. She had been all over at least two houses and part of another. She had heard the rumble of strap-on roller skates going over slate slabs that were the sidewalk before the modern cement one was put in because there were too many cracks in the natural stone. The cement was an awful idea, because nobody could draw on it with chalk, trace the squares of hopscotch. They killed that game the day they replaced slate with man-made material.

Weary, Amalia wove the musty flaps together and set the box, now weighing three times what it had when she first pulled it out from among the others, and hurried up the basement stairs to the kitchen to check the time on her phone.

It was 8 pm. Then she realized: she had all the time in the world. All she needed, at least. 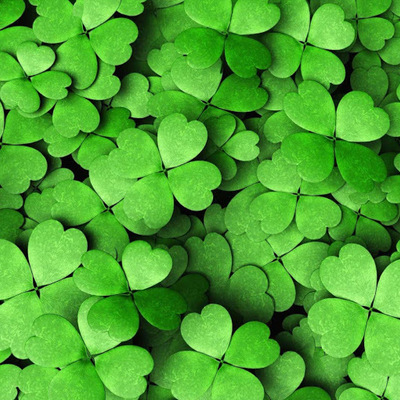 I love your story! The way that your words weaved with one another made me attach a recent occasion I was looking through one of my family's old photo albums with old memories piled high within it that I found while cleaning out one of my cupboards. We all need to realize that the minute it takes to look back at what you thought you forgot will be worth it.

Thank you for your observation. A minute can bring back years, in my experience.