A slow and careful opening of Tom Jarvis’ office door meant it was best to assume a fixed downward stare. It was always junior employees who prolonged their entrance. Milling around in the doorway in that way that was so incredibly annoying to him. Tom would see how long he could keep ignoring them before they eventually had to speak out or risk upsetting their productivity for the day.

So as a limp knock was followed by yet another long protracted squeak and his office door began to open Tom removed his gaze from the window, eased his forehead under a cupped hand and prepared for the battle of wills.

A long and delicate rose tipped cigarette was dropped onto Tom’s empty page and rolled down to settle at the tip of his finger. The slender shaft trimmer than that of those some 1 billion cigarettes the factory produced weekly. Its rose petal tip sat like a bloodstain against Tom’s pale hand. “Miles?!” he said jolting his head back up, surprised not only to see a man of his own standing, but a friend sat opposite him.

“We have a problem Tom”

“Rose tipped?” Tom asked with the air of someone happy to be able to put their small historical knowledge to work.

“We haven’t made these in fifty years. Where did you find it?... You know they’re so beautiful”

“We have” Miles said, with a jibe of excitement in his voice.

“Who, you? Surely these break some regulatory guidelines. We can’t just resurrect old brands; no promotion of lifestyle benefits or flavouring, no vintage lines… ”

“Have you been to the B floor recently”

“Who on earth is that?” said Tom leaning slowly in to peer through the small square of glass in the door of room B05. At an old wooden desk in the centre of the room sat a lady of indeterminable age methodically rolling out tubes of tobacco and feeding them into slim tubes of paper. “I wouldn’t bother being coy about it. The first time I came across her I must have stood here for an hour staring straight at her and she didn’t flinch, didn’t look up or away for a second, just sat there rolling cigarette after cigarette”

“Who told her to be there? I mean… Did you put her up to this? We stopped production of hand rolled cigarettes in 1959 and even then they were a waste of money!”

“I didn’t put her up to anything! She’s a bit of mystery”

The almost parallel sense of interior design didn’t faze Tom and Miles as they entered Miles’ office and instinctively sat on converse sides of an identical desk. “Last Wednesday” Miles said, leaning back in his chair and trying to pace the retelling of what was the most exciting thing that had happened to him in at least the last 15 years. “Last Wednesday, I’m out for a drink with a friend of mine in the Swan near Lambry park, to cut a long story, a woman takes a seat at the bar and after a minute or so pulls out a packet of cigs and just lights herself up one of these beautiful rose tips at the bar! I thought the barman was going to turn the fire extinguisher on her. When he let her get a word in, she said, she just forgot... I followed her outside and asked. Where did she get them? I told her I worked for the manufacturer and had no idea we still made them”

“She said she buys these fags every now and then courtesy of a local newsagent, she said, whenever I smoke these, I lose myself a little, but most all they make me feel amazing, like I’m twenty years old”

“No, not like that, she said her back straightens a little and her skin tightens up. Like a long weekend at Spa”

“Okay… And the newsagent?”

“He said the same! He’s got a small but loyal line of customers, all of whom are preternaturally youthful, who have been coming to him for their Debs for the best part of 48 years!”

“He didn’t look much over 40. Said he has received a delivery of these…” Miles paused to give the pack of Debs a coquettish tap “every week for as long as he’s had the place... I checked the records, Tom. We officially stopped production in 1959. But I cross-referenced the news agent’s address with our records, and he has received a box of something labelled RoseXDebXTabacB05 every week for as many as I could be bothered to look through. Then logically, I checked for RoseXDebXTabacB05 amongst the other orders… and we’ve been putting out 4,000 cartons a year!”

“You mean she’s been putting out 4,000 cartons a year” interjected Tom

“She… has been putting out 4,000 cartons a year since 1940! She ships them all over. India, the Philippines, China, even back to bloody Virginia. At that rate, she has been rolling 7 cigarettes a minute, every minute, from 9 am to 6pm, minus a 30-minute break for lunch, for the last 73 years!... I managed to track down an agent in Chennai and one in Cebu. Debs are mostly sold in bulk to small but elite groups of wealthy clients, who use them as a health supplement. Both agents swore their orders had been sold to the same names for as long as they’d worked there and apparently years before.”

Tom pursed his lips into something like the shape of a string tied ham and let out the deep, controlled breath of a man trying to disguise his panic over how he might himself be personally implicated. “How do you know it’s the same woman?” he said with a glint of hope.

“Because she’s on the payroll. Has been for 73 years…”

“There’s surely, no evidence that these Debs are… extending life? Come on! She’s got to go. End of. We can’t have a … my God, how old is she then?”

“No Miles, you saw her, she can’t be over 45. Have you actually spoken to her? Asked her who she is”

“Of course not. I knocked a couple of times, but she never looked up, so I thought I’d… Just let her press on”

The two severely middle-aged account managers stood noses pressed against the glass of Marge Wilcher’s room in awe. Her hands moved with an improbable alacrity as if time within her office were moving a shade quicker than out in the hallway. She must have pre-cut the rose petals as hundreds of tiny scarlet rectangles were neatly lined in a large white ceramic tray. From which 7 times a minute she would gracefully draw one up and glue it around the end of her unfiltered cigarette. “She smokes too” said Miles, reinvigorating the subject of her improbability. “Well, I think she tests them, like we used to, quality control I guess. From my estimations 1 in every 1000, not much, just enough to keep her young though.”

“She has to go Miles, we have 2,000 workers here and she compromises every one of them. We can’t produce fashionable cigarettes anymore, regardless of what they do to your crow’s feet, we can’t use human quality control anymore, we can’t be employing a 100-year-old and making her hand roll 3,200 cigarettes a day! … Look at the pack too!” Tom said scrambling through Miles’ jacket pocket. “Look at the bloody packet, she’s not even printing the warning label on them! She needs to be retired and quick!”.

“I don’t want her retired, I want to start smoking again”

“Think of your pension Miles, she’s got to go”

“Meaning, her workspace is closer to yours, so she falls under the arc of your management. But I am fully prepared to stand by your side as you let her know, but I’m afraid the onus should really be placed on you to break the news”

After several minutes of back and forth, the division of labour was complete and as Tom, on whom the responsibility of walking in first had been placed, turned to enter, the door was locked, and the shutter pulled down. 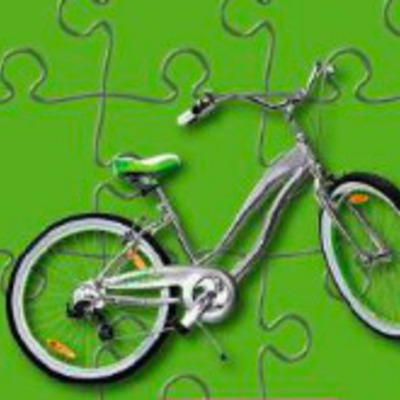 I enjoyed reading this story. - I did wonder why Tom wanted to get rid of Marge though.....???

Thank you. Yea, he is meant to be worried about the legal side of keeping Marge working as she breaks all sorts of new tobacco regulations. Yea, it could be clearer. Thanks for the feedback much appreciated :D