Isn't it weird when we exclude ourselves from something that we miss something interesting, say for instance you miss a day at school but the teacher brought in a cake and there was a massive fight you missed, kind of like that?

That happened to me except I didn't miss school, I just decided to go offline that day and spend time with my nana. It was late at night when I decided to check my phone and I still don't know if I would have rather found out sooner or not at all, not like me not knowing would have changed anything.

Emily, my sister, was the one who told me first via Instagram, I didn't believe her, but my friend Erin confirmed it so too did everyone's Instagram stories.

Family, friends and even strangers had R.I.P Abbie McLaren in some way shape or form on their stories and still, I didn't believe it was real, it couldn't have been, it was just a sick joke the way I saw it.

I finally came to my senses and realized Abbie was actually dead when Abbie herself told me she was dead, that sounds confusing, doesn't it?

No, I was not doing drugs nor was I drunk (kind of wished I was though) when Abbie confronted me in my bathroom where I stood with a razor barely grazing my neck, I knew if she didn't show up the razor would of- I would have taken my own life.

Never mind that though, the fact Abbie was there, in front of me, was all that mattered. I was skeptical to believe she was a ghost at first but when she flew through my toilet seat, I started to believe her.

That brings us to today, it's been a month since I have seen her, but she promised she would visit me monthly and I trust her. Abbie told me she wanted to continue to check up on me once a month to make sure I was doing okay, kind of like how she used to when she was alive.

A lot has changed over a year, but Abbie still continues to visit me monthly, just for a catch-up. She is always so interested in finding out what I have been up to but she never tells me anything about the ghost world, I don't and won't pressure her into telling me though.

Even with Abbie's support I still reached a really low moment last December when my step-dads M.S got really bad, he couldn't even get out of bed and I watched him drag himself across the floor just to go the bathroom, I was terrified, terrified that he might die.

I'm proud to say I started to become more social last year and made a few friends, but I started to isolate myself during that point and when Abbie came to visit she noticed straight away and forced me to ask Erin to hang out, we did and it was great fun!

Although that was the last time Erin and I hung out, our friendship started to dwindle away but I wasn't sad, I wasn't happy about it either but I think I was just able to accept the fact that nothing stays the same and I don't need to hold onto friendships when I have new ones, the ones I should be cherishing.

Five years! it has been five years since I have written a diary entry in this diary, crazy right? wait who am I talking to?

Anyway, things have changed A LOT, like a lot, a lot. Abbie still visits me obviously, but she has missed showing up a few times, it has only happened 4 times since 2023 but to be honest, I didn't even notice until she apologized the next month, is that bad? Right, I'm not talking to anyone.

I graduated high school last June, back in 24'. Since my second year, I made an amazing group of friends who were in their fourth year at the time, they are still my besties today! Well except Ross who is a little more to me than a best friend, he's my boyfriend!

Crazy right? Gosh damn, Lucy, you aren't talking to anyone! moving on, I first met Ross when I kind of joined his friend group in s2 and we have been close ever since, not gonna lie I always thought he was good looking and I sort of liked the thought of us dating but didn't make any advances.

When my sweet sixteenth came round I was still in high school for my firth year but all of my friends graduated but we were still close, my dad threw me a massive party and at the end of night Ross asked me to meet him out the front of the church, where the party was held, his face was so red and it wasn't because of Decembers ice-cold weather. He took my hand, looked me in the eye and asked me to be his girlfriend, I, of course, said FUCK YES! We have been happily dating since then.

It was Ross who threw me my graduation party, it was grand but after it, all, when everyone went home, and Abbie came to visit me I finally realized something. Abbie died when we were in first year, she never had the chance to go through high school and graduate like me, never had the chance to make the most amazing memories and the greatest friends because her life was stripped away from her.

I'm a lot more thankful now, for everything; my family, friends, boyfriend, college, I'm even sort of thankful when I fall and hurt myself because it's a reminder that I feel pain because I am alive.

A decade, an entire decade has passed. I am utterly gobsmacked at the thought that I haven't written in this diary for ten whole years. I say this every time, but a lot has happened within my ten-year absence of this diary, to start I am no longer a Miss but a Mrs!

You can probably guess who my husband is and if you haven't then it is none other than Ross. He proposed to me in the late months of 2029 and married the year 2030 after he graduated from university with a Ph.D. in physics. I didn't go to university; I only went to college but was lucky enough to become a teacher at a local high school.

It was in 2031 when Abbie suggested that we should meet up annually instead of monthly, I was confused about why she wanted that, but her persistence caused me to agree, I actually met up with her earlier today when my husband was at the gym.

I should start off by saying that for a 27-year-old, I look gorgeous (Ross reminds me all the time) but as gorgeous as I am, it is obvious that I am an adult, I am not that small, pre-mature tween like I was before, I am a grown woman who has curves in all the right places but Abbie hasn't, she still looks like a 12-year-old.

She looks human, just a little transparent but seeing her big blue eyes and cheesy smile of a child, I remembered she was only a child when she died and since she is dead, she can't grow.

I know this sounds egotistical of me but seeing her child-like body I can't help but think what was I like back then? I was immature like most twelve-year-olds, but I was also really depressed and suicidal at times.

If Abbie didn't save me when she did, I would have taken away my life then and the life I live right now with my; husband, best friends, mum and perhaps a baby Ross and I hope to have.

It scares me to think I would of never of had the chance to live my life if Abbie was any later than what she was.

Fuck I'm old, it's been twenty years since I last wrote an entry and like always, things have changed, this is a list of things that have happened over the twenty-year time span I have been gone;

. I had a beautiful baby girl, Lily.

. I quit my job as a teacher to become a stay at home wife.

. I started a blog and now I am a local celebrity.

. My dad was diagnosed with lung cancer.

. My mum and stepdad moved to Portugal.

. Ross cheated on me.

. My dad passed away.

. I forgave Ross and we still love one another.

. Lily got a boyfriend.

. He cheated on her.

. She came out as a lesbian (Ross and I fully support her!)

. My stepdad passed away and my mum moved back to Scotland

. Lily Met a girl at university

. Lily got engaged to said girl and moved out

That is the key points of the twenty years I failed to write in this diary, well not all of them, I haven't talked about Abbie, I don't even know if I want to talk about her now, she just left me!

2043 was the last time I saw her, I don't need her though I have everyone I need; a husband, a beautiful daughter, a happy mother and a great friend group!

I don't need her; I have people who support and love me now.

This will be my last entry, I know I don't have long left despite what the doctors say, I can feel myself slowly slipping away.

I'm relieved I am dying before Ross so I don't even need to go through the pain of losing him, although I don't want him to go through that pain, I also know he will have to.

I don't know what happens when we die, I'm yet to find that out but I hope it is somewhere nice.

I have a lot of people waiting for me in the afterlife; My mum, my dad, my step mum, my stepdad, my older sister, my younger sister, a good number of old friends and finally Abbie.

I was such an idiot in my last entry to talk about Abbie like that, I haven't seen her after all these years, but I think I understand why now. She only ever checked up on me to see if I was doing well but when my life started to become better, she didn't need to, so she stopped.

I'm thankful for that, for everything she has done, for her. I lived a good life and I nearly took it all away, but she stopped me, she convinced me to go out with Erin that one time, but I became more independent and started to achieve things on my own, thanks to her.

Life is such a beautiful thing, Cherish it. 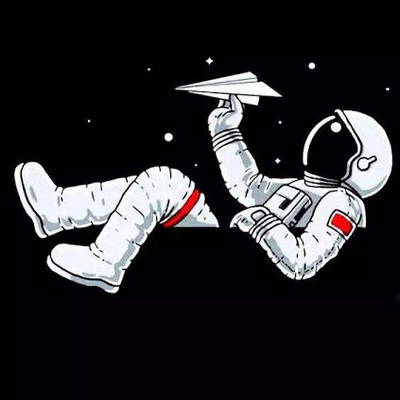 I love this story! I love how you used the diary format.

Awe thank you so much! It really does mean a lot.