Ruth glanced at the black and white portrait photograph in its silver frame on her dressing table and made a decision.

“Time for another meetup” she announced, as she picked up the picture and took it into the lounge, where she placed it on her dining table.

Soon the old lady was bringing in a tray that held everything needed for two people to enjoy a cup of tea together.

She nodded to the woman in the photograph and as she did so, the doorbell rang, and she went to answer it.

The woman who entered was black and white, just like the photograph and in fact was the same woman, dressed in the same clothes, and identical in every way to how she had been the day the photograph was taken in 1973, when she was 28.

“Hello Ruth, how lovely to see you again.” she smiled, and her blue eyes gave a little twinkle of pleasure.

She sat down and let Ruth pour the steaming brown tea into the two pretty china cups. The two women began to talk together as they sipped tea and nibbled dunked biscuits.

After they had downed the first cup, Ruth said to her sister Pauline “Ready?” and Pauline nodded eagerly.

Ruth rose from her chair and went to the dresser, where on a shelf was a fat photograph album. Opening it, she turned past the first pages that were filled with photographs, and came to the first of the blank pages that began about three-quarters of the way through.

“Let's go from when Kyle was born, shall we?” she suggested.

Do you remember how excited I was, telling everyone at the ladies group about it?

“Oh yes!” exclaimed Pauline. “I remember how you cried in joy and couldn't focus on the talk that you were supposed to be presenting. And everyone was so happy for you. You had a photograph of him and it got passed around and you showed off the little knitted babygro that you had made.”

They looked at the photograph album as a new picture appeared in it, a colour one that had Ruth and Pauline in their forties, amongst a group of about fifteen other women, all admiring a small knitted orange baby outfit that Ruth was holding up.

“Then we went to Karen's for a visit together, and held him for the first time, and you cried again.” said Pauline. “So did you.” added Ruth, chuckling. “My first grandchild, and your first nephew.”

The picture in the album became joined by another new picture, this one of the two sisters sitting together on a sofa, a baby on Ruth's lap.

“Do you remember when we took him to the beach for the first time?” said Ruth. “Oh wasn't he funny.” said Pauline. “He was just learning his first words and when we told him about the waves, he waved his little hand. So then after that we took him home to Brian and Don and told them, and they teased him into keeping on waving by them talking about the waves. It was so funny. He was such a little cutie.”

Two new pictures appeared, the first of a toddler holding hands with the two sisters at the edge of the seashore, and the second of the father and the uncle laughing with the little child waving one hand at the camera.

“How about at Carly's first birthday party?” asked Pauline. “ She was almost walking and Kyle tried to get her playing football.”

“And you picked her up under the arms and ran her along to kick the ball. You were a sight!”

“And you were gushing again at your second grandchild, couldn't stop rocking her all day!”

Two more pictures appeared in the photograph album, on the facing page to the first ones of the day. One showed Pauline in a summer dress, with a little girl whose feet were kicking at a toy football. They were in a park with grass, trees and a summer sky above.

The other showed Ruth sitting on a pastel squared blanket on the grass, holding a knitted white bundle containing a fast asleep baby, Pauline sitting next to her munching an apple.

“That was such a lovely day, just perfect for picnicking. And it was really nice having all the family together with no arguing.”

“I thought Doug and Jean were a bit off that day.” said Ruth.

“Oh no, definitely not.” said Pauline. “Everyone was really happy for a change”

Another photograph had appeared in the album, of a couple by a tree. As the discussion went on, their faces changed from tense smiles to relaxed laughter, and their arms moved from their sides to each others shoulders.

“Sure.” agreed Ruth. “Might as well make it the happiest we can.”

“I know!” said Pauline. “Let's have everyone getting ice cream, and then the kids can get in a mess with them and it'll look funny.”

The album obligingly produced the picture described by Pauline.

“Oh no!” giggled Ruth, joining in. “And then didn't they want to feed the ducks with the mushed up cones and Carly walked straight into the pond, and Doug had to go in to grab her out.”

Another picture appeared, again just as described by Ruth.

The sisters were laughing and then described the journey back to Doug and Jeans, walking along the road in a crowd, Carly trying to ride her new sit and ride pony while Jean and Karen pushed her empty buggy. Ruth and Pauline swinging Kyle along between them, and the men trailing behind, debating whether they had enough beer in.

Various photos appeared as they talked, occasionally changing details as the sisters sometimes changed their minds about what they remembered between them.

“Oh that was such a lovely time.” said Ruth. “It's been so good remembering it together.” “My goodness,” she added “the tea's gone cold and we still had half the pot left. Never mind. I expect we've done enough for today.”

“I think so” said her sister. “There will be plenty of other times for us. I'll let you get on and I'll see you soon.”

Ruth walked her sister to the door and they hugged each other goodbye. Then Ruth took the tea tray back to the kitchen and cleaned up the dirty crockery and china, putting them tidily away. She rinsed out the teapot and left it by the kettle ready for another one later.

She picked up the album from the dining table, and closed it. “The Way We Wanted” was the title embossed on the burgundy leather-look cover. Back it went onto the dresser, ready for next time.

Going to the hall, she slipped on shoes and a coat and let herself out.

As she got to her sister's grave at the cemetery, she looked at a replica of the photograph that had started off today's tea party. “Thank you for coming to tea.” she said. The photograph winked. 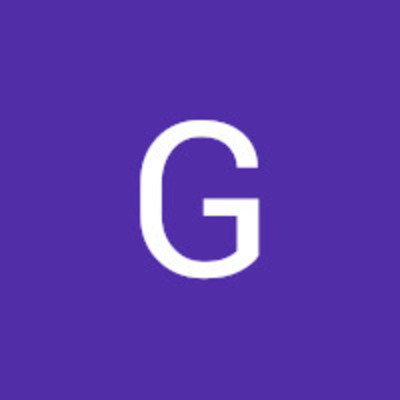 I enjoyed this story and the overall idea is very entertaining.

I just edited out the continuity error :)

Thank you :) I've just re-read it and spotted a continuity error... uh oh :D But it can't be too bad or you wouldn't have liked the story :D

I wasn't looking for mistakes in your story. It was the emotion that touched me. When my dog died I was devastated. It was like loosing my child. 11 years of my life went with him. Then one afternoon I was cooking in my kitchen as usual and I saw him standing on the top of the stairs looking at me. I heard and smelt his presence several times after his death. It was real. I may have thought it was me hallucinating or something else but when he was alive he used to stare at nothing and bark with his hair raised as if something frightened him ...

Oh I can identify with the loss of the dog - I remember so clearly the death of my own dog, who I had looked after for 11 years. I am glad that you have felt able to have more dogs since - they are wonderful companions. I can't have anything with fur or feathers any more since there are serious allergies in my family, but I now have fish, and I get attached to those - they have names and online blogs. The attachment is nowhere near as intense as with a dog, but it is still there. The first one that died I woke up crying out his name over and...

What a strange coincidence that your dog also died after 11 years.