With his parents out of town, in Thailand, for their wedding anniversary, Tom decided to host a party. It did not take long to convince his next-door neighbor – Travis, to get him a couple of kegs of beer. Travis liked to have fun, and he did not believe in restricting others from enjoying themselves. Matt managed to also bring in a bottle of vodka he stole from his parent’s liquor cabinet.

After a keg stand, a swig of vodka, and a round of beer pong, Tom came up with a brilliant idea. Through the attic, he climbed onto the roof.

“Shit!” Travis exclaimed when he saw his neighbor standing on top of the house.

Those who were mingling by the pool looked up and froze in horror. The house was two stories high, and the pool was three and a half feet deep on one end and six and a half on the other.

“Tom, get down from there,” Matt exclaimed from the balcony on the second floor.

Tom stood there, motionless for what seemed like minutes.

“Dude, you are scaring me,” Matt added, firmly gripping the railing.

“I wish I could do a keg stand up here and then do a flip into the pool,” Tom said and looked at the people below him.

“You are insane!” someone shouted.

“You could die, man,” Matt said and pulled out his phone. “The ambulance might not get here on time. Plus, we are all underage and drunk. Do you want us to get arrested?” he added.

“I will not die. I shall be just fine,” Tom said and took a deep breath in.

“How can you know that?” Matt asked, his finger on the green button.

“I am the main character. Main characters never die,” Tom said, spread his arms to the sides, and jumped into the pool.

An orchestra of gasps was heard.

Like any day during lunch, Daisy sat at her table and stared at Tom. He was handsome, athletic, and smart. An ideal man.

When Lucy and Megan announced lunchtime was over, Daisy looked at her plate. She didn’t understand how most of the food might have been still there. “But I ate,” she thought, placing the leftovers in the trashcan by the exit.

“Are you trying to lose weight?” Megan asked Daisy as she placed her empty plate on top of the trash can.

“No…” Daisy answered, recalling stabbing the broccoli and the chicken multiple times.

“About 75% of the time, when you bring a fork to your mouth, you miss, and most of the food falls back onto your plate,” Lucy explained.

Daisy did not know whether she should be impressed with Lucy’s observational skills or creeped out by her obsessive tendencies. What she did know, however, was that Tom was at fault.

“You need to stop pining for Tom. He is way out of your league, girl,” Lucy continued with her analysis.

“Just look at yourself in the mirror,” Megan said when they entered the girl’s bathroom.

Daisy knew what she was going to see. She saw the same thing every day. She was not pretty. Even though the glasses obscured a part of her face, they actually made things worse instead of better. And the braces were not doing her any favors, either. She wanted to be like Heather, but she knew that was not possible. At least not just yet.

“I will ask him to prom,” Daisy said to her friends with confidence.

“Why would you do that?” Lucy asked, almost jumping back.

“Because I am the main character, and I bet you that once I undergo a prom makeover, he will fall in love with me right away,” Daisy said and walked out of the bathroom with some pep in her step.

Lucy shrugged her shoulders and followed Daisy out of the bathroom.

“The author is a hopeless romantic and wants to see me be happy,” Daisy said before they entered the classroom.

Lucy and Megan looked at one another in confusion, worried that Daisy was unwell.

The moment Daisy and Tom walked into the ballroom, all conversations have paused. All eyes were now on the gorgeous couple. While Tom looked like his usual, dashing self, Daisy looked like a completely different person. Her thick black hair, usually in a bun or a ponytail, now flowed like a waterfall onto her shoulders. The contact lenses allowed her blue eyes to sparkle without any obstructions. Her previously like-the-Tower-of-Pisa teeth now proudly stood straight. The pale pink dress from her Godmother made her look like a princess, and the pearly white high heels completed the outfit.

Once everyone took in the sights, and Daisy and Tom nodded, waved, and smiled at everyone gathered in the ballroom, the music started back up. People went back to their conversations, but could not stop sneaking peeks at Daisy and Tom. Guys wanted to be Tom, girls wanted to be with Tom. Guys thought Daisy was the prettiest. Girls found Tom unusually handsome.

“I knew this would happen,” Becky said under her breath. “An ugly duckling turns into a swan. Such a cliché. But what happens to the one that starts out a swan?” she wondered.

Even though envious, all of Daisy and Tom’s classmates were beyond happy for them to have found one another.

“They will make beautiful babies,” most of them thought when the results were read, and Tom and Daisy have been crowned the King and Queen of Prom.

Tom and Daisy danced together until closing time, and then they went to the beach and danced there until the sun came up.

With their toes in the water, with gentle waves crashing into them, they watched the sun rise.

“Together forever,” Daisy said as the sun appeared from beyond the horizon.

“Together forever,” Tom agreed and kissed his queen passionately.

“Sam, what are you going to do with us next?” Tom asked.

“Yea, what are you going to do with us next, Sam?” Daisy repeated. “Don’t leave us hanging,” she added.

Their yells ceased as soon as I put the pen away and closed my notebook.

“Ahhh, back to blissful silence,” I thought to myself as I jumped into the pool.

Here for the critique circle:) Okay, I like a lot about this. The lines the characters say, "I am the main character, nothing bad will happen, etc. etc." are really funny and great. You have some truly good similes and metaphors (the Tower of Pisa teeth!). The title flows with the entire plot (duh) and I like how it ends, from the author's perspective. However, reading this story, it sounds like you're just trying to move along to the clincher lines, the "I'm the main character," bit. The journey to the end is the entire story! Don't skip i...

I see what you mean. Thank you for your feedback. 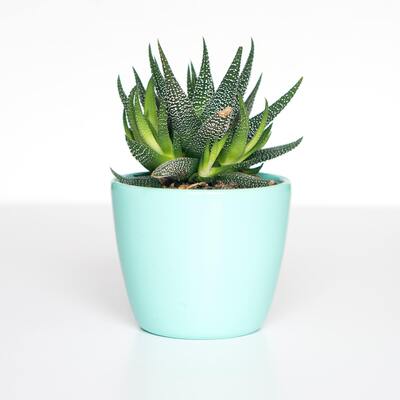 This was an interesting prompt to work with and, in my opinion, difficult to pull off without stating the obvious, that the characters are oddly aware of their situations. I liked both of your main characters and having them declare their roles so matter of factly was actually quite clever. I thought that it was a fun read. I'm not sure that I like the way that you broke the two up with sub-headers though, that made it feel more like two character sketches with a scene below rather than one, continuous story. Overall, this was cute and an ...

Thanks, Jeremy! I can see what you mean with the sub-headers. It makes sense. Thank you.

This story is pretty comedic and I think it could be really great with a little bit of polishing. Keep up the good work! :)

Thank you for reading and sharing your feedback. Anything specific that would help "polish" this story?

I can't really think of much in particular. I'd say I feel as though it moved a bit too quickly, though I know there's the whole word constraint. It just feels a little smushed, if you get what I'm trying to say.

I hear ya. It makes sense. Thank you for your feedback.