Every Saturday, from 10:00 am to 11:00 am, Fred Flannigan sat on the third bench to the right at entrance of Oscar Park. Sometimes, his best friend, Manny Mandinkos, joined him for the hour. When Manny actually showed up—you never could tell with Manny Mandinkos—Manny brought a thermos of camomile tea. Manny was unpredictable like that. Manny was also dead.

A year ago, Manny decided, on a whim, to climb Mt. Everest. He did none of the rigorous training one normally does before that infamous climb. He made it to the top, but then died from exposure. Then, six months ago, Manny began showing up occasionally for tea at Oscar Park. Even in death, Manny Mandinkos was unreliable. Normally, Fred detested Manny’s uncertainty. But finding out whether Manny would make an appearance on Saturday gave Fred a bump of excitement along the trajectory of his otherwise uneventful life.

Two children, Tanner and Lucius, walked by the entrance of Oscar Park. Fred sighed at the interruption. Fred loved the park, but he wished no one else was here. Most of the time, he just wanted to be alone.

“Give me your Pikachu card!” Tanner said, towering over Lucius.

“Give me the card!” Tanner said, sidling ahead of Lucius, cocking his fist.

“You ain’t got the balls!” Lucius said.

Then, something, or someone, lifted Tanner up into the air and slammed him on the ground, knocking the wind out of him. Once Tanner caught his breath, he retreated and ran as fast as he could out of Oscar Park. Lucius skipped away the in the opposite direction.

“Yeah, but don’t you think Lucius and Tanner should work that out between themselves,” Fred said.

“I don’t know. Probably. I don’t care. No one should mess with children. Bigger children shouldn’t mess with smaller children,” Manny said. “Do you want some tea?”

“Chamomile. Mmm. Thank you,” Fred said. “Where have you been?”

“Oh, you know, here and there. Doing the ghost thing.”

“You’ve been gone a month.”

“Has it been that long?“

“I thought you had moved on,” Fred said.

“Nah, I’m having too much fun here,” Manny said.

“Sure, anything except taking pictures of Megan in the shower. That’s creepy. Just ask her out. She’ll probably say yes,” Manny said.

Manny paused. His mouth opened slightly. Manny Mandinkos wasn’t able to take anything seriously, but here, he did his best.

“The only reason I’m a ghost is because I hate being tied down. Death is the end, muchacho. The final commitment. Besides, I like being able to go wherever, whenever I want.”

“It’s actually a lot like they say. You see a bright light, you walk into it, and then, you are where you are.”

Megan jogged by the entrance of Oscar Park. Her hair was in a high pony tail and it bounced to and fro as she ran. She had AirPods in her ears.

Manny ran behind her and swatted her phone out from her hand toward Fred.

Fred blushed. He picked up Megan’s phone from his lap. His hand shook as he held it out for her to take.

“Thank you,” Megan said, grabbing the phone with a gentle motion. She smiled. “You’re here every Saturday.”

Fred wanted to speak but the words wouldn’t come. He nodded instead.

“I don’t want to sound like I’m a stalker or anything, but I noticed you had a big crossword puzzle book in your cubicle,” Megan said.

“Yeah,” Fred said. It took all of Fred’s strength to muster just that one word.

“Well, I was wondering, do you think you could teach me how to do a crossword puzzle? I can get halfway through but then I have to look at the answers. I know, I know. Dumb blonde,” Megan said, crossing her eyes.

“I’m in Nebraska next week, so I won’t be in the office. Maybe next Saturday we could meet here?”

“Yes, that would be fine,” Fred said.

Megan squealed, jumped up and down, and clapped her hands. “It’s a date,” she said.

She kissed Fred on the cheek and ran away.

“Megan wants to learn how to do crossword puzzles, apparently,” Manny said.

“Be yourself. Loosen up. Be the way you are around me,” Manny said.

“I think she likes you, bro,” Manny said.

“Maybe. Maybe not. You’ll have to find out.”

“Life is as easy as you want it to be, muchacho,” Manny said.

“No, I know. You’re finally moving on. That’s why you’re here. To say goodbye.”

The next Saturday, Fred taught Megan how to finish crossword puzzles without looking at the answers. Over time, Megan taught Fred how to love life a little more. On every Saturday for the next fifty years, Fred and Megan did crossword puzzles together. They lived fully. They loved deeply. And then, at the end of Fred’s life, after walking through the bright light, he found himself alone in Oscar Park sitting on his favorite bench with a thermos of tea waiting for Manny. 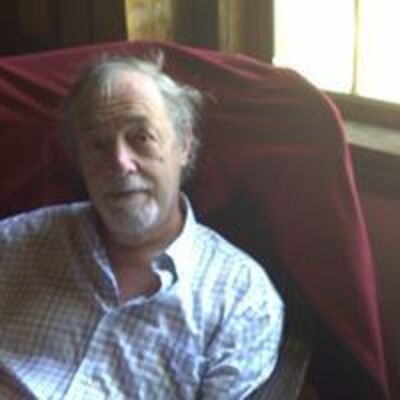 I like this short and its last paragraph that makes all the rest worth reading. Well done.