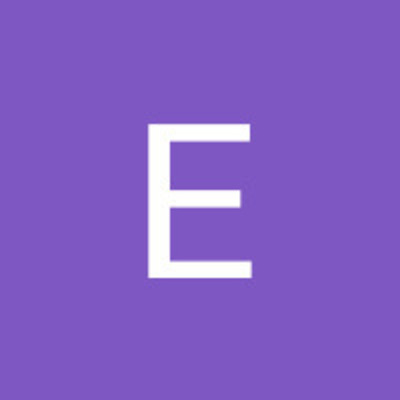 She raises the cup up to her lips, steadying the wrist of her left hand with her right. She’s starting to get old. She thinks about going to see a doctor about it, but she’s scared of asking questions she doesn’t want the answer to. For now it’s still manageable. Maybe she’ll ask Matt for advice when he arrives.

Speak of the devil. The woman pushes herself out of her seat and walks towards the door. The heaviness in her breath doesn’t escape her notice. The doorbell rings again, more insistently this time.

“Hey, Trudy.” Her husband holds out a bouquet of roses, scratching the back of his head sheepishly.

“Liam,” Trudy’s eyes flicker to the hallway. “What are you doing here? You always come on Fridays.”

“I know, I know.” Liam peers up nervously. “I just wanted to know if you’d come to a decision yet. I couldn’t wait another three days.”

“I told you, I need more time. Could this really not have waited until Friday?”

The husband walks in and she shuts the door behind him.

“I thought you would be happy to see me. You are my wife, after all.”

Trudy’s eyes trail towards the door. “You’re right, I’m sorry. It’s just that you’ve been asking me the same question for the past year, and visiting on Fridays for the past year. What’s suddenly so urgent?”

Liam sighs and lowers himself onto one end of the couch. Despite the fact that he’s ten years older than her, he manages to settle down much faster than the woman does. The look on his face tells her that he’s not here just to chat.

“The boss is getting tired of me dragging my feet.” Liam bites his lip. “He says I’m no longer needed here, that I have to move closer to home. I’d stay longer if I could, but I have no choice. He… He won’t accept the marriage excuse anymore.” Liam’s voice cracks, and he clears his throat. “He doesn’t believe you’re coming back.”

The woman’s face freezes up, and she buries her hands in her lap to stop their trembling. “It’s a big decision. I need more time.”

“You’ve had a year.” The man has raised his voice, and he sees his wife flinch. He takes a deep breath and starts again. “I understand that you’re afraid, Trudy. Leaving’s scary for me too. Hell, we’ve been here our whole lives. But maybe it’s time to start a new life. Together, as husband and wife. In sickness and in health, remember?”

Trudy swallows. “Till death do us part.”

“I think we should renew our vows. I don’t see how else we’re going to make it through this.”

Trudy glances at the clock. She doesn’t want to agree to the vows, but she needs to get him out of here right now. Matt could be walking up the steps to the apartment at this very moment.

“Are you waiting on someone?” He asks casually, a tendril of suspicion betraying his relaxed demeanor. “You never have guests over.”

“No, I’m not waiting on anyone at all.” For once, her age may actually become an advantage. “It’s just that I was about to head out to the doctor’s. I haven’t been feeling too well recently.” That wasn’t a lie, at least.

Liam gives her a small smile. “Didn’t I tell you? You’re getting tired of this life, Trudy. Being alone for an entire year is exhausting, and it’s not going to get any easier. It’s time we moved on, started over together in a simpler place.” He grabs her hand, and she lets it lie in his limply. “What do you say, Trudy?”

She sits in silence, doesn’t move. Maybe if she stops responding he’ll disappear. Despite her best efforts, she can feel the tears welling up in her eyes. Liam doesn’t appreciate that.

“Why are you crying?” There’s a tremor in his voice. “This isn’t a hard decision. You’re seventy. How are you going to start again without me? Let’s move on together, go back to being the way we were.”

She looks back at the clock, and there’s five minutes left. Maybe she won’t have to answer his question after all.

“I won’t wait for you.” Now Liam is getting desperate. “Don’t think I’ll be waiting like a lovesick puppy until you’ve decided you’ve had your fun.”

The husband drops the woman’s hand.

“Trudy?” There’s knocking at the door.

The couple sit immobile on the couch, and there’s a clattering of keys outside. There’s a rattle of a lock, a quiet ‘Fuck!’, and then the door is pushed open.

“Hey, honey.” The intruder narrows his eyes at the look on the woman’s face. “Is something wrong?”

“Gertrude,” Liam’s voice is constricted, strangled. “What is my brother doing here?”

The woman’s voice is so soft that it’s hard to discern what she’s saying. “It’s been a year.”

“You slut.” Liam is sitting immobile, paler than a sheet. “You promised me. You said till death do us part.”

“Death did do us part,” Getrude whispers. “You died, Liam. I mourned for a year.”

Matt sits down on Liam, through Liam. For a second, their faces blend perfectly. “Who are you talking to?”

Then Liam reaches out, grabs Trudy’s wrist. It’s like her entire hand has been plunged in ice. Her whole body is trembling now, she’s sweating from head to toe. “You could have died too! Look at you, Trudy! You’re old! It was coming anyway!”

“Here I am, begging God for a little longer -”

“Sleeping with my brother!”

“I should have moved on when I had the chance! You’re frail, Trudy! Frail and a -”

Dear Elsa, Wow. Such a good idea. Pulled me in. I love your descriptions and the end. Keep going like this!! Love Elsa