Submitted for Contest #31 in response to: Write a short story about someone heading home from work.... view prompt

Susannah. She was quite old, indeed, a delicate woman that blows on her warm coffee, not once, not twice, and not three times. It was four, big blows, and still sometimes is too hot on her tongue.

She blew this time, exactly five deep ones. She took a sip — then started to fan her mouth immediately. She burned her tongue, her tongue that was more fragile than a lizard’s. She steadied herself. I mustn’t be in shame in front of my children, she thought.

Susannah walked gracefully toward her cottage with three children. She was a widow, her husband died when she was only in her forties. She shuddered sadly, the thought was too meaningful to her. And too strong for her to bear.

Her dress was one of the most expensive gifts she had received from her sister-in-law. But she was embarrassed by it, for that she thought she could impress the men, which seemed foolish.

She arrived at her cottage, the roof rusty and losing color. That gave her a sad thought of one of her children saying, “My friend is depressed. She’s all losing color.”

Susannah’s child’s friend was like a friend to Susannah also. Her name was Kirstina, a little pale girl with long brown curls. Her parents died eight days ago now. Susannah felt her pain, staying strong and firm in her heart.

All three children dropped their things and came to the door to hug her.

“Jasmine!” Susannah exclaimed. “What in the heavens did you do to your hair?”

Susannah gasped, startled. She stroked Jasmine’s hair. “Oh my, oh my,” she muttered. “Your hair was a pretty golden brown. Why on earth did you dye it black?”

Jasmine stepped back. “I’m sorry, Mother. I thought it would surprise you, in a good way. Are you mad at me? Am I punished?” she asked nervously.

Susannah chuckled lightheartedly. “No, dear. But please wash it off until today afternoon.”

Jasmine bit her lip. “I don’t know if you can wash it off. We got the dye from a plant, and it might be permanent.”

Susannah smiled wearily. “Just go to your room, honey, and eat my calming herb. It will help you relax.

“And don’t try looking for the rapunzel,” she added. “Ishmael ate them all.”

Susannah kissed the top of William’s head, the hard-working sixteen-year-old with bright, wavy hair. “Are you happy, Ma? I didn’t D-I-E my hair like Jasmine did.”

“It’s D-Y-E!” Jasmine shouted, and frowned. Then she disappeared in her room. The room she shared with William.

Then Susannah kissed Jonas’s head, the thirteen-year-old boy that was lanky and shy. He never spoke much, only smiled and shrugged.

Susannah proved it. She asked, “How was work, my young lad?” He shrugged carelessly, without an expression to interpret.

“Why do you not speak much, Jonas?” William asked, and slightly shoved him in the back playfully.

He shrugged again in reply.

“All right, my dearies, William’s friend was kind enough to share his food with us, after he caught a deer!” She shot a look at William, and he shook his head in protest.

“I’m two years younger than him!” William exclaimed. “I am not experienced!”

Susannah chuckled. “Then be experienced,” she replied. “Tomorrow, bright and early morning, you will learn to catch food by Nyla’s father. Jonas will be tending the sheep, so he will not come with you.

“And don’t complain about Nyla, she is a hardworking weaver your age. One day you might as well be married to her.”

William grunted loudly and went to his room. When he entered, Jasmine yelled at him to get out. “This is private!”

Susannah shook her head disapprovingly. When will they ever learn? She asked herself.

One day, as Susannah woke to leave for work, she scolded herself for being four minutes late out of bed. It only took her a mile to walk there, so she had to wake up thirty minutes earlier.

She let the children continue sleeping soundly. She smiled, especially at William, the humorous, young boy was beginning to mature. Nyla will be the perfect wife, she thought. She knew Nyla ever since her birth and didn’t let go of Susannah when she held her. It’s as if I’m the mother, she said in her mind. But she reminded herself coldly that thinking of such a thing should be illegal.

And all three children didn’t move at all and instead began to snore.

Work was always the same, the same as always. She sometimes taught the younger ones to cook, to weave, and to be a mother.

“Miss Susannah,” a young seven year old named Ellen raised her hand sweetly. She had said, “Pardon me for asking such a question, but why do we need to learn everything? I really mean, I want to spend the rest of my life sewing, but not being a mother! I never even stop to think to have a husband!”

The other girls agreed.

Susannah smiled warmly. “You will think that now, but later you will have a change of heart.” She answered more questions then left after hugging each and every one of them.

Then she left, and walked like a proper lady should do. Then Susannah thought, I can’t wait to tell my children what happened today. Especially Jasmine. She listens to everything I say.

Susannah smiled to herself, the smile that only belonged to her, and hurried along.

Then her smile faded as she saw the next thing that was there upon her eyes.

“William! Jasmine! Jonas!” Susannah yelled, cracking her voice. Her cottage that was glorious before was torn, the windows now shattered and the door now turning to dust.

“Mother!” Jasmine cried. Jonas dashed with her, holding her hand protectively. Susannah noticed with concern that only two were there. No trace of William, none of him in sight.

“Where is William?” she asked fearfully. Jasmine turned away, and for once Jonas had a little tear in his eye, not willing to let it out.

“Gone” is the next word Jasmine says. Susannah’s face was red with horror.

“No, love. He is here. Where would he be?” she whispered.

Jonas managed a little chitter. “Wild animals, he was taken by them. He was gnashed to pieces, that’s what the people say.”

Susannah was not anymore tearful.

“He wasn’t taken by animals, was he?” Susannah said calmly, a little warning edged in her tone.

“Of course he wasn’t,” he replied, calmer than Susannah ever was.

“Where did you take him?”

“To the woods, my dear.” Nyla’s father stepped closer.

“Because he was a hard-working boy and you knew he would one day rule over you.”

“No, it’s because I don’t want him and Nyla to be married.”

“Then why did you kill him?” Susannah asked. She had to swallow four lumps that minute, not willing to tear down.

“Because I knew I had to. You would never understand,” he replied, turning around. She knew he was tearing up. I won the battle, Susannah thought.

“Why aren’t you crying for the sake of your son?” he finally asked.

“Shut up, you never loved him,” she answered, her temper rising.

She knew what she had to do. She would get revenge on him. Then possibly take everything he has, everything he wants. It would all be hers.

“Mother, you can’t do it,” Jasmine pleaded when Susannah told her of it.

“No! What would William say? He’s up there doing real good in heaven, there is no point in distracting or making stress out of it now. We will always love him, nothing changed that. So Mother, please do not do it, don’t do it.

“For me,” she ended quietly.

Susannah looked at her longingly. “Who taught you to be so smart, little girl? You’re only twelve!”

“William was a good boy, wasn’t he? The Good Boy, everyone called him.”

Jonas agreed as he came into their conversation. “Yes, he was,” he said in a low voice.

“We will never forget him, yes?”

“William was a fine boy.”

Jonas added, “When is the funeral? We must.”

A week later, Susannah touched the dead body of William. She touched it for many hours, not taking her hand off her precious son.

Then she let go and felt his heart talking to her.

I love you, she heard him say. I am always yours. I am Susannah’s. 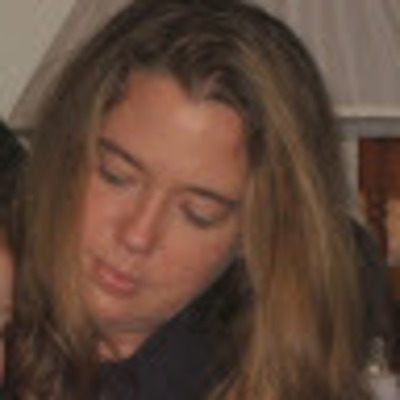 I enjoyed the story but got lost a tad when the conversation about William being gone happened. Such a good plot though, seeing the mother through her own eyes is a nice change.

Thanks for your honesty, I appreciate it. I also liked the mother's perspective, not going to lie. Have a great day :)

Nice work! I can sense Susannah's shame and shyness, but also her protection for her three children. I would suggest adding more feeling, more flow and beat to the story, but otherwise, you are a talented author! I am very glad to read this poem today, have an amazing day!

Thank you! I am improving every day, and hope to share more stories every week. Thanks!