A kitchen Memory to Treasure

“Mom, I'm hungry!’ Josh had been complaining all day, and June was trying to decide what to make for dinner. “Josh, what should we do for dinner. Tonight, it’s just you and me, kiddo.”  Her husband and two others kids were out of town, so it was just her and her son, Josh, home alone for the night. At the moment, their relationship was rocky.

Besides the regular teen attitude, it was mainly her fault they weren't on the best of terms with each other. It was a hot summer night, and June was hoping Josh would say something easy to make. Plus, she wanted surprise him by offering to let him help her make dinner.

June suffered from OCD, and rarely let anyone in the kitchen, so this was a huge thing to offer. To her son. Or anyone. Her children and husband were always being told to stay out of it, and not to make a mess. Her son, Josh, was 17 and resented his mom over it. He hated being asked why he was in the kitchen. June would hear the water turn on or the fridge open, and she would run to investigate what was going on.

June felt terrible about treating everyone the way she did, but it made her anxious when any one went in the kitchen and used anything in it. Even getting a glass of water was enough to set June on edge and have her shouting for the kids to leave the kitchen. Today, she wanted to have Josh help her make dinner, and show him she valued him more than she did the kitchen.

"Pizza sounds good, Mom. Can I call out for one?” Now, that was a great idea! It was easy to make, and June could run to the store for all the ingredients to make a huge pie. Josh would love to build one with tons of olives and mushrooms, his favorite kind of pizza. “No, I will go get one and bring it back.”

Josh agreed, and headed upstairs to play one of his favorite pastimes at the moment, either the game Payday, Syphon Filter, or Dota. Sometimes he would revert to other games from his childhood, maybe choosing Sonic the Hedgehog or Spider man, but that wasn't often. June had gotten the kids hooked on her favorite game she had grown up playing, Doom, and her boys loved it and played it at times, too.

Hearing Josh screaming at other players to "Hurry, move over and guard that side!" to other players over his headset upstairs, she grabbed her purse and car keys and left the house. 30 minutes later, and carrying three bags from the store inside the house, she started setting out the ingredients on the counter. Grabbing pans and bowls, she called up the stairs for Josh to come help her. He walked in and saw bags on the counter, not pizza.

“What the heck is this, mom, you didn’t get pizza?” He looked confuses. “No, I didn't Josh, because I want to do something different today. Something that’s called quality time.” Josh grumbled under his breath, but didn’t turn and leave, so that was good.

Opening the sack and removing bags of shredded cheese, jars of olives and mushrooms, she held out scissors to cut open the bags. Josh spied the pizza crusts and took them out of the other grocery sack.  “Are you making pizza tonight?”  He asked.  “Nope, WE are making pizza tonight, Together."  Josh looked puzzled, and waited for the punchline.  “Right," he said, stretching out the word. "You don’t allow me to help you cook.  Remember what happened last time you said I could help you make cookies? You said I could measure flour for cookies, and you handed me a pre-filled cup of flour and let me pour it in the bowl.  Then, you said I could crack the eggs for you, and you cracked them into the bowl, and let me stir them a few times, then took it away from me and did it yourself.  Then, I wanted to help you stir the mix together, and you let me do it a little, then took it and did it yourself. Then, you told me to go play.”

June felt her face turn red from embarrassment and shame.  Yes, she remembered. She had worried that he would spill flour everywhere, or drop eggshells into the cookie mix, or just somehow make a mess.  She had not focused on letting him learn, or make fun memories with her.  It wasn’t her best moment as a parent, that was for sure. It wasn't her worst, but she would never get that time back and wanted to change all that before it was too late.

“Josh, I know what I did, and I wouldn’t say it was wrong, but I could have handled if better, I know that.  Tonight will be different.  You and I will make the best pizzas ever made. I wont scold you on how you do it, or tell you how to do it. You do it your way, and to hell with any mess we make!  She laughed, and Josh visibly relaxed.  He gave her a hug, knowing it was hard for her because of her OCD, and he knew she was trying, That in itself meant something to him.  The hug showed that he recognized her effort, and that hug meant the world to her.

It was hard for June, but she handed the scissors over to him, and he cut open the pre-made pizza crusts.  Trying to show Josh she wasn't hovering, she busied herself arranging all the ingredients out on the counter. She had gotten three kinds of shredded cheese, and poured those into bowls.  Opening the 6 cans of tomato paste and pouring them into a bowl, she tossed the cans and cheese bags in the trashcan. "Mom, how are we going to spread the sauce, with a spoon?"  "No, I have little brushes that we can use, hold on, I think they are in one of the silverware drawers."  June searched the kitchen drawers for her silicone basting brushes.  She had Josh preheat the oven, and they stood, side by side, sleeves rolled up, ready to make pizzas.  She handed one of the brushes over to Josh, and they began taking turns dipping into the sauce bowl.

Josh took his crust and started swirling the bright red sauce on it.  First, he wrote his name, then spread the sauce out to the edges. Then he piled on shredded cheese, and used mushrooms and olives to make a silly smiley face, and used olives to make a bunch of curly hair. “Mom, this is you!" June laughed with him, and done piling on their ingredients, placed the pies in the oven.

Directing Josh to pull sodas from the fridge and set the table, she went and sat in the living room to wait for the stove's timer to go off.  She was a word with friends fanatic, but no one in her family liked Scrabble or to read like she did, so she played the online game or listened to audio books every chance she got.  Not wanting to listen to a book so she hear the timer, or talk to Josh if he wanted to chat, she chose to play the game.

Josh came and joined her in the living room, and they both used their phones and waited for the timer to go off. Hearing it, he rushed to get the pies from the oven with June following behind him. He set the pies on the stove top, and June cut the pizzas into huge slices. Setting a slice on each of their plates, she carried them to the table.  Pouring a pile of Parmesan cheese on their slices of pizza, Josh and his mom ate in comfortable silence. "How does it taste, Josh?" June asked, and got moans of pleasure as a response.

June felt a surge of love for her son as she looked at him eating over the table.  Where had the time gone? He had been such an amazing baby, then a bright and happy toddler, and turned into an inquisitive and intelligent child. But now, here he was, almost a man, and he was so handsome. Soon, he would find a girl, and then one day would be a husband and father. He made her so proud. Her heart swelled with pride.

As if he could read her thoughts, he said, “Mom, I had fun tonight with you. Thanks for doing this with me. I know it was hard, and I am proud of you. Maybe we can do this again sometime?” June smiled at him, and agreed to let him help more around the kitchen.

Finishing his dinner, Josh hugged his mom and kissed her cheek. then headed up the stairs, leaving the cleaning to his mom. She loved to clean and organize the kitchen to her satisfaction, something he had no desire to do. It had been enough for her to share the space with him tonight, and he was more than happy to leave any mess behind. He wasn't messy by nature, but had no compulsion to clean.

June smiled to herself the whole time she cleaned the kitchen, and hoped that Josh would always remember the time they made pizza, not the time they made cookies, together. She was proud of herself, and felt maybe dinner time would, and could, be fun from now on. 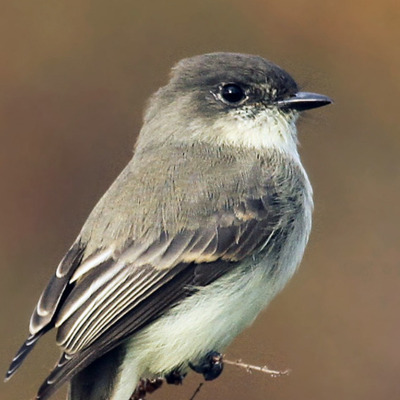 This one is very sweet :) and it's nice to see representation of OCD in stories. And I'm glad it showed that June was struggling with it and that her son was understanding of the extra effort it took for her to trust him in the kitchen. I also like the little personality quirks you gave to Josh, like that he made art out of the pizza, writing his name with the sauce and then making his mom's curly hair with the olives. That's cute :) :)

This was so sweet! The representation of OCD in the kitchen was spot on, and it felt like we were on the journey with June rooting for her the entire time. Nice job!