‘What comes next?’ I thought to myself.

Cooking always came easy; the lentils, poultry, sauces, whatever it may be made sense. Nothing I ever won any awards for, mind you, but it was cooking nonetheless and cooking was something which allowed my blood to flow more smoothly if you will; a way of expressing myself and impressing my wife Eleanor.

Ellie wasn’t much of a cook herself, but she did make a mean meatloaf and paired it well with a nice wine on occasion. Even on the nights she’d cooked her beef stew which was pretty much a go to, ‘Well done and a hand to the cook’ I’d say. And she’d give me that gorgeous vulnerable smile and tell me I’m a liar.

“Do you think we’ll ever be able to have our own farm and garden?” She’d ask.

“And do all that work? Not a chance in the world. Better chances of us winning the lottery and owning the guy who owns the farm.”

“You’re right, I’d much rather be a writer’s wife.”

Things were simple then. Living in the small cabin we rented from a man and his wife in southern Ohio we were content enough. The small town was beautiful and quiet and we watched the leaves turn in the fall. Cold winters left us cozy’d up on the couch; wood burner roaring away and the whistle of the wind blew around us like the harmonica man at the county fair.

Most days I’d work. Either on the farm with Henry which was mainly shoveling molasses, or on the story of a man who’d waken up in a hospital and not known what happened. This was a novel I’d been working on quite a time. However, long days spent reading other peoples masterpieces like Hemmingway and Steinbeck and penning down ideas never ceased to leave me satisfied. Ellie usually enjoyed (sometimes even loved) what I had written. She’d add her little bit here and there but overall, that would impress her as well.

“The part where he wakes up is a little spotty.”

“I know, much like an actual person waking up from a coma, wouldn’t you imagine?”

“Yes but, well… I’ll wait til the end. When him and his wife finally get together and make love again.”

She wasn’t, but sometimes the way her eyes glowed when she said things made me think so.

Ellie spent her days spinning blankets, little hats, and the like. Seeing as how the farm job left us with a hefty $2.50 a week, this is where most of the money came from. Henry had a few sheep and in exchange for my work and 10% of the profit, he’d give us the wool from the sheep and my wife would dye it red or brown or yellow with clay or the corn we’d saved rather than eaten. With all that we’d make enough to get by.

Her spinnings were beautiful and I loved them and I told her so. We always tried to appreciate one another, even when things were bad. ‘Never keep things down,’ she said, ‘that’s like trapping a piece of potato in your throat, and acting like nothin was wrong.’ She said that a lot, especially to the kids later on. We had three kids, Robert, Dan, and little Susie. Susie was the rottenest thing I’ve ever seen. We loved them though, much as we could.

We kept most all the blankets and things we didn’t sell. We’d fold them up and put them in the closet we termed as the ‘undesirables’ seein as how they left something to be desired among our customers. Whenever it got too full, we’d take em down town as a last attempt and then we’d simply leave them on peoples’ doorsteps (particularly the ones we knew didn’t have much). “Well would ya look at that ugly little thing. Sure looks warm!” I imagined they’d thought when they opened their doors. I had said that I think they are beautiful, and they are, but I may have been a tad biased.

The light from the wood burner reflected off Ellie’s face while she worked and as I sat there across the room from her at my desk and worked, we enjoyed the silence between us. Living in a small area we knew we both needed our alone time and so we’d agreed that our work time was our quiet time. And I knew I shouldn’t say anything but there was a well of joy bubbling over inside of me and I couldn’t control myself.

“My book is getting published.”

“I’m going to be a published writer.”

As I stand here waiting on my water to boil, I cannot by the life of me remember how my Ellie responded. I only remember her face and the sound she made. An acute yet gleeful chirp and her eyes became like a glowing hot sword being formed by a blacksmith. She was so happy that day, and I knew I could not have made it to that moment without her. The ability was within me already before we met, perhaps before I had been borne, yes. However, there was a noble quality about her, and later an endurance which inspired me to let it loose. Chances are, if she’d not been in my life, I would have found some other form of inspiration and be it may I would have written all the same. Dealing with those parallel realities leaves one exhausted and out of breathe from the possibilities. I refuse to let myself believe I could have succeeded any other way. Especially with the way things are now.

My water finally reaches its boil as the high pitched scream echoes throughout our empty home. The one we’d lived in all those years of changing diapers, making love, fighting because we thought the other looked us wrong when we were really just hungry, all those times locked up inside this place; our world.

Moments like this are the hardest. It’s the ordinary moments, the things that mean nothing, that mean everything. As I cook my dinner and sip my tea she’s here with me in every slirp of her drink, and every dumb joke I’d try and tell that she just didn’t appreciate. The way she farted in her sleep left me breathless, and amazed every morning she would wake me up with a kiss. Even the way we fought does nothing but bring a smile to my face now.

It’s the things they leave behind, the little gifts they leave you in places you’d never expect. And as I sit here and think of all these things with a flame dying in my heart, struggling to keep it alive with what I have left of her, my writing, and my very own life, I ponder the words Ellie spoke shortly before she had gone.

So yes, I ask you again, what comes next?

It’s as simple as the next sentence. 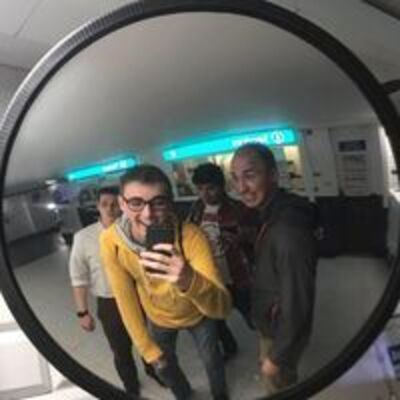 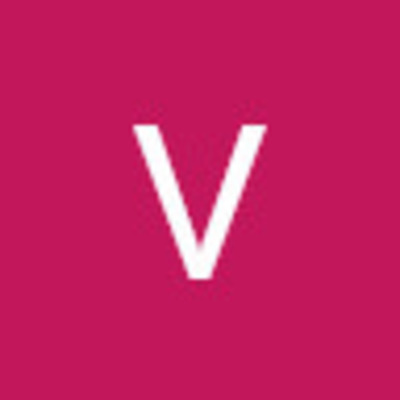 I like the extended metaphor of the pot and the boiling water. I read it and felt something was coming. I liked the title and was drawn to the story because of it. I am glad to have read it. I don't think I've ever seen a sad ending be turned in such a way as to appreciate it instead of crying. Nicely done!

Thank you very much! I knew the ending was going to be sad, and I wanted the reader to feel that, but I also wanted them to feel happy that he learned from it. So I'm glad I was successful in your case!