“Out of milk again?” Madeline sighed as she opened the refrigerator door.

Tanya smirked. “It’s right behind you.”

Madeline turned around, embarrassed. But the milk wasn’t behind her.

“Just kidding,” Tanya said, laughing. “If you want milk, get it from the corner store. The… what’s it called? The Corner Shop?”

Madeline dropped her jaw. “The Corner Shop? That place was alive for over for like a thousand years! The whole place is like nothing but trash and wood! The milk there is always expired! I’m very surprised that place isn’t infested with bugs, or ran out of business!”

“Quit yelling,” she commanded. “Besides, the Corner Shop is only half a mile away. All the other stores are at least two miles.”

“So then I’ll walk two miles. And don’t remind me, one day the Corner Shop’s bugs will run to us!”

“Look, do you want milk or not? It’s eight-thirty, buy something.”

Grumble. Madeline certainly didn’t like being left out, or being alone in the streets. She heard of someone in her school four years ago being kidnapped, a blonde girl that she saw on the news. She watched and listened a long time ago, who the police suspected. They suspected her ex-boyfriend, a man who goes to the corner store at least three times a week, and a young red-headed woman that never stopped talking.

Madeline heard the plead in his voice. It still was to be heard in her ear. Not in a million years will I ever break up with her, the voice whispered.

But Madeline tried ignoring it. Today she will be confident. She will not be known as the weak girl who can’t even touch a tree. No, not today.

“Be careful,” Tanya called. “Bring your phone. When Mom’s not home, I’m in charge.”

There she was, standing beside the corner store. The old, rusty letters that spelled out CORNER SHOP were about to fall apart.

The door was made out of wood, something Mom would have commented on. The lights were on, but from far away the lights weren’t very bright. There was no sign that said Open, but sometimes you could tell when there was one person in the store. And that one person was the employee, waiting impatiently for a customer. I don’t think the employees here ever break a sweat, Madeline thought. There barely is anyone here.

Suddenly, when she was about to open the door, something grabbed the back of her sweater, startling her. A firm hand-hooked its grip on her sweater, plus her neck. She stopped dead, feeling her chest slowing its blood pump. She couldn’t move her muscles and felt the struggle to breathe as the hand tightened.

She tried to speak, but all that came out was something less than a whisper.

“I won’t hurt you,” the voice said. The person let go of her neck but held on to the sweater.

“W-who are you?” she managed to croak. She inhaled as much air as she can breathe.

Madeline had the sudden urge to run away as fast as she could (forget about the stupid milk) but was afraid of the consequences. She steadied herself when the person still held tight to her and followed uncomfortably. She noticed sweat dripping down her neck.

“Sit… and stay, I will bring company.” The person said no more and left her alone in a private surrounding. She had no choice but to stay. She wouldn’t know how to get out anyways, and she had a thought that the stranger knew every path of this block, even in the dark night.

Soon, no longer than a minute later, he came back. She recognized the stranger’s footsteps.

The “company” he brought back was a blonde girl wearing a stained white hoodie with black jeans. She realized she was pretty but barefoot, and she was young but bloody.

“Stay,” he or she commanded. And maybe others will try running away, but no one would at the tone of the person’s voice.

Madeline barely nodded. She gasped, remembering she can use her phone. But when she did, it wouldn’t turn on. It was dead.

Just like you if you don’t figure out a way to escape, she thought.

“Hello,” the young girl said quietly. Her voice cracked badly as if she was talking while swallowing glass.

She told her, “Violetta. They call me Violet Brave, though. I have been captive here for four years. And before that, I got lost in the mountain while traveling with my family, and I survived for six days alone.” She coughed but continued. “I’m really sorry, I have been eating nothing but this dirt all day. It’s giving me a rashy throat.” She pointed to her neck, which was covered in mosquito bites. “I guess it’s not a good idea to wear white this month.”

Madeline’s mouth hung open. “You mean you wore that outfit for a month?” she said in astonishment.

She nodded. “That stranger? That person got me here for four years, and I still don’t know the gender. But that guy is really nice, he let me change an outfit every month.”

“You said you don’t know the gender, why do you call the stranger a he?”

“Because he told me to call him Wood. And that sounds like a male name, no?”

“Yes. It does. Thanks for being here, Violet Brave.”

She shrugs. “I should be thanking you,” she points out. “I was here longer than you.”

Madeline agreed. “Where is Wood?”

“Coming back with water.”

“Wow, isn’t he a sweetie! He kidnaps us, then lets us change our clothes every month, and feeds us!”

“Well… he drinks half of the water, gives me a quarter and gives the rest to the rats.”

Madeline wrinkled her nose. “Gross. And rats? Guess I overestimated him after all.”

They smiled at each other for a good fifteen seconds. Then Wood came back.

“I’m back,” he said. He makes both girls cup their hands so they can drink. Violet’s hands were muddy, but she drank from her hands anyway. She choked.

“Your turn,” he nods in Madeline’s direction. He gives her a hand-cup sized for her to drink. Then he grabbed a metal box, telling them that he will pour the rest in there for them.

They talked no more. Madeline wanted to know why he was being so nice, and why she wasn’t freaking out like normal people. He sounded like he was family.

No, she thought to herself. Why are you thinking this, Madeline? He kidnapped us! Why would you think he’s family?

Her mind was right.

It hit Madeline. She was going to find out.

Everyone was sleeping. And by that, that meant Violet and Wood were sleeping. But not Madeline. She was going to find out the real identity of Wood.

She knew he slept. She didn’t know how to describe it— a dark place with anything but light. It was frightening, she could never imagine herself sleeping ever so comfortably in there.

She opened the door. It creaked, and her chest pounded, terrified to know if he woke up. But no sound, only the soft snores he made every once in a while.

She was inches away from his face, the strong odor. She tried not to breathe in her nose. Then… seconds later… She carefully took off his cloak looking garment and peeked.

“You!” Violet screamed when she saw him, the lanky, ashamed boy who hung his head. Violet coughed again.

“I can’t believe it! My ex-boyfriend kidnapped me, and paid someone else to take care of us,” she muttered.

Madeline was too, shocked. “The police are coming any moment,” she informed him. “You’re dead meat if you run.”

He didn’t reply. She felt his guilt, his pain, but she knew he knew nothing would have happened if he left them alone.

“Madeline!” Tanya screeched. “You were gone for exactly nineteen hours, fifty-two minutes, and thirty-three seconds! Where were you? I texted you forty-one messages!”

Right behind Madeline was the police. “We are informed by your sister that she has been kidnapped by a twenty-year-old boy, who appears to be Violet’s ex-boyfriend. Violet has been captive for over four years, and Madeline too was kidnapped nineteen hours ago. Him and his older cousin Mike, are now in prison. We will contact you more information with you and your parents.”

Madeline hugged her sister, stretching her arms out wider than a bus. “I missed you so much!” she cried. A tear fell down her cheek.

“I will never, ever, ever leave you to go to the streets again!” Tanya shouted, tearing up. “I’ll go with you, no matter how much homework we have!”

Madeline smiled. “Sister swear?” she said, a thing that they made up ever since second grade.

“Sister swear!” They shrieked together, looking out to the sun.

Then one more time, they embraced each other with the warmest hug ever, warmer and sweeter than hot chocolate. 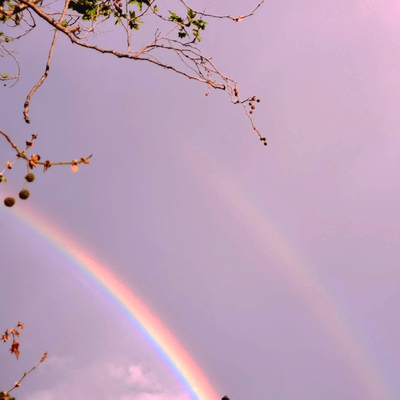 0: Scary, glad there was a good ending :D

I can feel Tanya's humor, but also her sense of sisterly love with Madeline. Thanks for creating this wonderful story!

You are very welcome!