Ljúfur was a fierce Icelandic woman with big bones who took no giggling from anyone. She lived in New York in a large flimsy apartment building with a half-thousand other degenerate human beings. She hated all of them and would tell the plant on the windowsill that they were all stupid and the people in Iceland were a hundred times better.

Ljúfur talked to plants. She had no family, no friends, no one who loved her save a dwindling amaryllis bulb that had lived past the expectations of anyone who had seen it.

She had crooked teeth and a crooked back and a crooked personality. She’d had a crooked life and a difficult childhood and two dead parents in her back pocket. She’d birthed and buried seven children and mourned their father in Iceland for ten years before the Cod Wars started up; Iceland vs. those cowards in Britain, and Ljúfur’d had enough and hightailed it out of the country.

Ljúfur hated music, hated the arts, hated songs and the songwriters. She saw no value in what the artists and songwriters and poets intended, and even though her eldest son Skammarlegur had been a poet and also sketched, she tried to forget him and his passions (they were in the ground, after all) and went on hating the liberal arts.

The people in the apartment above her were art collectors and writers.

The woman in the apartment below her was a singer.

Ljúfur felt she was surrounded by idiots.

She spent her days walking around New York and humming reluctantly to herself (it was a force of habit, though she disliked the sound). She would walk to the harbors and stare out at the water and the statue out in the middle of the dark moving water. Ljúfur would walk through Queens and Brooklyn and the Bronx and glare at the thugs who followed her. They would usually glare back and stop following.

Ljúfur sometimes walked to the library or to a museum of science or history and get a good look at what she called the Real arts, the Strong arts.

She would start walking early, early in the morning and reach home by ten at night. She would remove her shoes and eat a small dinner and curl up in bed and dream away the tears.

The tears that never came.

The next morning her amaryllis, Blóm, would wake her (but it was just the singer downstairs on 45, trilling up her exercises) and Ljúfur would slid her shoes on and eat a large breakfast, take her wallet in case she needed bus fare, bid her darling amaryllis bless að eilífu, lock her door, scowl at the apartment receptionist on the ground floor, and start walking again.

She liked to call Blóm her little garden, but it was just one plant. She'd like to have a garden, but never had the patience to tend to more than the little amaryllis.

She never ate lunch, never walked to the art museums or the Met, never replied to the cheery Hello! that the flattish dog-shaped receptionist always called to her.

The receptionist thought Ljúfur had a very demanding job that took her all throughout the city—for Ljúfur would come home tired, with worn shoes and a weary face—and the receptionist might have been right. Ljúfur’s job was walking and observing.

What exactly Ljúfur was observing was beyond her.

“Morning!” the flat receptionist called over to Ljúfur. Ljúfur blew a raspberry in response.

She stepped outside and it was cold. She was wearing rubber boots over her everyday shoes, and two coats over her dress (which was over a skirt and pants). It was December but Ljúfur scoffed at it. She felt winters were wusses here in America, compared to the stiff, tough, hjartanlega! winters that Ljúfur had enjoyed in Iceland.

She took her walk to Manhattan this time and was nearly run out of the neighborhood by a suspicious security guard who apparently didn’t like good strong homespun clothes that felt good and wore good and nevertheless looked like homeless-man clothes.

Ljúfur walked away, satisfied, and then went home. She crawled into bed—thinking, I am in bed early today, this is nice—and then was awakened from a warm half-sleep by an inhuman shrieking songy-noise. A drill—a trilling song for the voice.

It crept into her ears and down her throat and it hurt.

“Drasl!” Ljúfur yelled downstairs. “Hálfviti woman, can’t she shut up for one minute?”

She tramped down the stairs, head ringing with the echoes of that shriek, and knocked—bam, bam bam! Louder, louder—on the singer’s door.

A slim young man dressed in black opened the door.

“Ó frábært, Ó drasl,” Ljúfur muttered when she saw him. “Who are you? One of that wench’s flames, I suppose? No decency, Engin skírlífi. No chastity.”

The young man smiled stiffly, wanly, “No madam.” His accent was a crisp German. “Who might you be looking for?”

His insolence riled Ljúfur. “That heimskulegt woman, that Francine Francovitch! Where is she, she was screaming her trills just now.”

The young man looked confused. “No one was trilling just now. Are you sure you’re alright?”

He looked down at her ratty pajamas, made when she still lived in Iceland. They were light grey and had once been yellow. Her grey-white hair was thick and clumpy and stringy and hung round her face like anvils on hooks in a blacksmith's shope.

She was certain he was trying to look at her body through her clothing and she raised an arm and hit him across the face.

Now, Ljúfur was not that strong, and had done nothing but walk around New York for a dozen years, but she had big bones and was a big woman. Her strike sent the man reeling back into the apartment.

She put one foot into the apartment and bellowed, “Where is Francine Frankovitch?”

“Did she live here?” the young man was rubbing his face, lying on the floor.

Ljúfur closed her eyes and left him lying in his apartment. She went back to her apartment and sat on her bed and looked at the amaryllis.

“Blóm,” she said. “Are you quite sure I haven’t been going crazy, walking around the city all these years and talking to you and never eating lunch or brushing my hair?”

“Quite sure,” the flower replied.

Ljúfur was reassured. She pulled the thin blanket up to her chin and allowed the garden consisting of the one flower to sing Bláá Dóná to her, into the darkness and around the sweet yellow moon, until she was asleep. 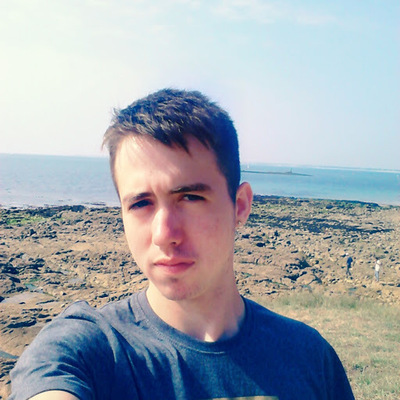 You did the impossible. You made a really negative character likeable. Also the idea of someone living in another place as an outsider is a cool perspective. Well done!

Thank you so much! Writing this, I didn't like Ljufer at all, just the flower. But she grew on me. :)

...who took no giggling from anyone. That got me hooked:)

Wonderful and very precise choice of words in your descriptions. Loved the character you've built and the authenticity in the dialogue. May I ask if you've done secondary research or have a closer connection to Iceland?

Thank you so much! I've always loved reading about Iceland since a history lesson on Erik the Red. It's an incredibly beautiful place, too. Sadly I've never visited or attempted serious pursuit of the country.

Could have fooled me. The story made it sound like you had an intimate understanding of the language and the cultural nuances.

The very first paragraph had me laughing because I love this woman from the get go and the way she talks to her plant. There is a serious humor to it that I find amusing, but I would love to know what she's saying in her native tongue. The end was great, simple and brilliant, leaving the flower with one last witty remark.

Thanks so much! I don't remember the exact translations, but they mostly are a variation on "stupid idiot" or something like that when she addresses other humans.

Nice characterisation but the story didn’t move me. Sorry.

I'm sorry to hear that. Thank you for commenting.

This is so amazing! 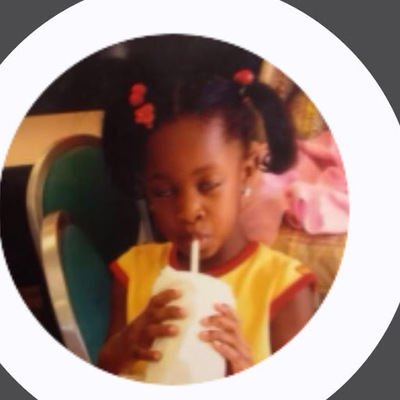 Ahhhh as always I giggled a good amount throughout and felt that warm little joy I’m quickly finding I‘m wont to get when reading your stories. The character and nuggets of background and pacing and ending were all just perfect here goodnesss.