The upside down reality pie

Maybe I was falling and maybe I was not, I did not know where I was or what I was doing, what I was feeling or what that sound in my ears was. It was ringing quite horridly and there was a loud whoosh and it sounded even more louder than I assumed it was originally and there was a silence not quite seen before and it just grew. It stretched out and I felt nothing and heard nothing in that meantime. I quietly opened my eyes and I was scared of what scene of horror would greet me but I opened my eyes to my classroom where I was sitting where a lesson was going on.

No one was looking at me and all I felt was a need to study and some kind of shame, a few minutes and I was still unclear to where my mind was wandering off to so I looked trying to break free of whatever spell my mind was under. The sound of the chalk piece scraping against the chalkboard, the chitter chatter of my classmates talking, the sound of someone playing rock, paper and scissors was so vivid that I felt normal. Someone smiled at me and I did so back while wondering if he liked me and my friends sniggered with some kind of a confidence and the droning sound of the teacher talking was enough to bring me to reality for a few minutes but then everything became unclear and I fell into some kind of a daze but broke free when the sound of the teacher calling me came. And then I came back again and I stood up looking at the board to figure out what was happening and then an eerie feeling creeps up my spine as he makes me stand up and says with an unusual tone. “What should your punishment be, you ungrateful bitch” my classmates roll with laughter on the untold joke and I feel heat in my cheeks. There are a few more minutes which pass and the teacher looks at me with a look filled with disgust, lust and some kind of emotion which felt foreign to me.

“Strip, cause you have to, it’s your punishment which u can’t surpass” and as he does a few more moments pass and I start muttering “no, no,no this can’t happen, this is the reality”

He grins with some weird emotion and I feel ashamed as he says “Of course, it’s the reality and you can’t escape from it” there was a silence which echoed in the room as I feel my limbs moving slowly removing my dress and there is nothing I can do as I feel the coolness of the air sliding across my warm skin, goosebumps start developing and he looks at me intently. But then a force stops me and I stop at midwaist; my dress still rolled and my bra and breasts were exposed to the air but maybe I could resist and run off before anything happened to me but there was something which stopped me and everyone started walking towards me hands before them trying to catch me, touch me but I am rooted to the spot and as the first pairs of hands touch me it feels cold and I break off the eerie contact between my physical body and my senses.

It feels like I am stopped in that space of time as suddenly I feel like a thousand hands are catching me pulling me to the ground and suddenly I am in a hospital wearing a gown which hung off my bony frame and there are nurses talking in whispers as silently as they can but I hear them speaking, gossiping and talking about the girl who was in a coma. The sanitary smell of the hospital returns to me and I feel nauseous, very nauseous and I listen to them with intent about who they were speaking about but a cough breaks through my rickety chest which slightly feels like my ribs had broken and had been stitched back into place with only a string.

My lungs felt like rust had developed and I couldn’t breathe but few more minutes pass and as the nurses come to my side trying to aid me out of my misery I feel like I am stepping back into hell’s domain. A thought enters my mind “Maybe this is a dream, maybe this is my subconscious, maybe it is something I didn’t know about; a desire which was still uncovered. And I decided to try something to discern this nightmare from what the reality was and maybe I could stop myself from this weird loop. I go to the bathroom excusing myself from the nurses still hungry to know that nothing would happen to me in this surreal world. But as I excuse myself to the bathroom tired and wanting to get out of this misery that I had unknowingly exercised on myself.

As I looked at myself in the mirror all shallow I find myself grinning like a maniac and like a psycho and as I do I look in the mirror and find myself looking at a mirror reflection of me taking out a glass shard and slicing herself on the wrist and she does it with a smile at the same time and I feel a more than big urge to kill myself but as I try to break the glass mirror into pieces I can’t and I find myself trying for a better option to do it and a few more minutes pass and I wait and wait and a small eternity passes and I swear it feels like time itself had dropped but knowing that it was bullshit I find myself walking to the door and trying to get out but as I do I see a nurse rushing inside banging on the door and as she opens the door she looks at the floor and screams and runs as fast as she could screaming the word ‘suicide’.

I turn back and look to find myself a crumpled body which belonged to me and I scream endlessly without any mercy on myself devastated over my own death. And as I cry I feel smaller and heavier like I was not supposed to be there but a few more minutes pass and I feel more confident to move out in the world that was in my subconscious so I stand with a little more want and without worry wishing for myself to be in my own room.

As I do I feel more better to see myself wake up in my bed, in my room and I laugh like a maniac and a psycho happy that I was in a dream. I try to control my universe but there was nothing I could possibly do and as it happens I feel like once again feeling the release of death. Deciding that I was in a loop dream where nothing could happen to me I decide to venture out and fall from a building to feel the wind rustling near my ears and feel the sweet release of death and a few more minutes pass where I decide to go to a 15 floored building. I decide to walk and move relentlessly on my suicide mission where nothing mattered except feeling that not so known emotion that I had felt when I had died near the mirror. There were crackling sounds caused by my legs as I moved to the building near my home. My limbs moved on a regard not their own and as they led me to the upper floor I shouted and climbed the building. I stood near the edge and walked down still unaware about what I was doing and a few more minutes pass and I jump off. Eager for the relief, eager for the feel and as I do I fell it; the feeling of air whooshing and the sound of my own breath accompanied by my harsh breathing and as I do I feel more strangely invisible with the feel of my own and I fall and fall but crash into something soft, a trampoline? It was quite a surprise and I feel relieved but also a slight pain on my leg and dismissing it as a scratch which was imaginary I move on back to my bed scared and happily filled with and adrenaline rush. But it was fine cause it was just a bad dream which I would wake up from. So I went and slept with and an aching leg and as I did sleep the bed felt as soft as death’s arms had felt the last time and I sleep void of consciousness.

There are always a few moments in life that I detest and wish would never happen again but they do and when it occurs I feel more ruined and this was one of them. I lay awake in a sanitary bed of a hospital, the smell quite seen and I feel weird as I looked at the faces of nurses that I did not know and look again just to make sure that I was not being tricked. Was this the reality? A few more moments pass and the nurse speaks saying “you tried to do suicide in the hospital while recovering from a minor injury. Care to explain to your parents?” There was a pause and I waited to see if I was in a dream but as my parents came in the place of their faces were blurs and the nurse from before came back with a reptilian smile on her face and she looks at me with narrowed eyes and I start crying but as I do she looks at me takes out a sword and tries to kill me with it. Her face has turned into a snake's and there is no pity on her expression.

The few moments which pass between when she takes it out and tries to kill me are few and I react on impulse by raising mys arm but she still dives it into my throat and I feel no pain. Just a numbness on my arm.

Someone or something licks my face as if to wake me and I wake up looking and feeling exhausted to look at my retriever’s golden face. Happy she was here next to me and as I look at the cause of my numbness I feel a slight pain in my leg and it doesn't dissipate as I try to stand and I find myself having to go back to where the nightmare all began. In the classroom that I had to go back to. 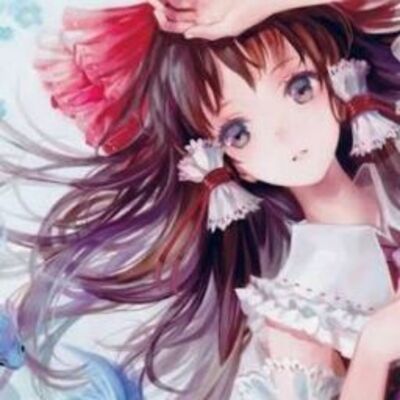 People see all sorts of dreams at different levels of sleep. Sometimes they may tell us about something which we are trying to suppress and sometimes it's gibberish. Nice story. It really felt like a nightmare.

I am not quite sure what u are referring the nightmare to as but thank you. It is my first time posting on a public platform and it was my intent to showcase our true inner emotions. Your comment helped me get motivated.