A year had passed since little six-year-old Candace’s mother had died. She and her father moved away since their old house was haunted by too many fading, painful memories. This new house was quite old and decrepit and, really, the furthest thing from “new” there was. Everything was crumbling and falling apart, but it had to do. They had very little money, left with the debt of hospital bills and mortgage from the old house, and her father’s student loans, still. He had three jobs- seldom sleeping, seldom eating, just barely getting by. So, he had little time to give his small daughter, confused by the long-term absence of her mother, still wondering when she was to come home- he was wondering this same thing, too.

Most days, Candace would lay down in the soft grasses of the old backyard with her teddy bear, Milly, and look up to the sky. She would call to her mother,

“Mama! Mama? When are you coming home? I miss you, Mama!” And she would begin to cry a little, slowly fearing her mother was not to return home.

One day, while Candace was exploring her backyard with Milly, she came upon a very decrepit wooden shed. She jerked open the rusty, red, stuck door and inside, it was dark and filled all around with cobwebs that hung like fairy lights and dust fell like snow around her. One, almost opaque with dirt, window shone the sunlight outside very dimly, yet provided enough light to see around her. She decided to look and sort around the lumpy, frail boxes, moving them around until she found an outline of a small, off-white door with a tiny, red doorknob. Slowly, she turned the little knob and the door opened. She held on tightly to Milly, her little brown, old teddy bear her mother had given her, and she crawled in through the door.

It was suddenly very bright and sunny, not a cloud in the azure sky. So peaceful. So quiet. She looked behind herself and there stood the old shed, in front of a patch of wooded area that was not in her backyard prior. She looked in front of her, as her eyes finally adjusted to the overzealous rays of the sun, and her eyes widened at the sight of a vast, flowery meadow of color and further, beyond that, another woodland area. It was beautiful, stunning and reminded her of her mother who loved nature. But this was not the new house’s backyard anymore. She saw deer frolicking in the meadow and felt content until she realized they did not gallop with glee but were running. They ran from men, hunters. She watched in terror as one of the deer was shot and tumbled onto the flowery floor. Dirt was kicked up from the fall and its blood dyed the beautiful flowers crimson. The hunters gathered around the deer and carried it away with smiles on their faces as other hunters continued pursuing the other deer. Another deer started running towards her. The deer spoke, which startled Candace, and exasperatedly said,

“Can you help me? We need your help. We are in trouble. Please, please help! Candace!” The deer’s voice started to change and lower in its tone, “Candace! Candace! Candace!” It sounded like her father. She slowly rubbed her eyes open and when she did, she saw her father. She was no longer in that strange world anymore. She returned back inside the old shed in her backyard. “Candace! Oh, thank God! Are you alright? I found you passed out on the floor of the shed. Be careful, you shouldn’t breathe in all this dust,” he said embracing her. Candace sat up and said,

“Okay, thank you, Papa.” He gave her another hug, one that was long and tight as if he never wanted to let go, and then he walked away, wiping the relieved worry from his eyes.

Her father left, but she still sat on the floor of the shed. With Milly, she went back toward where the door was to see if it was all just a dream. It was still there and she opened it again. When she went back into the other world, the sky was no longer a brilliant azure, no longer sunny and gay. Instead, the sky was crimson and deep purple with dark, black billows floating in the chaos. More deer and other woodland animals were running, but this time, they had guns and were shooting back. Candace was confused. The deer from before came back and told Candace to follow it. In fear and perplexion, she ran with the deer. Abruptly, it stopped running and spun around. It had a gun and pointed it at Candace and Milly, who was alive. She was terrified, why had the deer turned on her? It was worried about Candace at first, but now it wanted to kill her?

“I’m sorry, Candace. I have to do this,” the deer said. In fear, she began running towards the forest. On her way through the flowery meadow, the plants began changing. Instead of beautiful, feathery flowers, there were tall scratchy grasses with spikes on some of them. But Candace used this to her advantage. She was ahead of the deer, though it was not too far behind. Holding Milly tight, she ducked into the grasses. They cut at her skin as she army crawled towards the forest. She heard the deer getting closer and stood up and began sprinting. She finally reached the forest as the deer began shooting at her. Bullets pierced through her cut-up legs as they continued to get scratched by fallen branches in the forest. Every time she was shot, she fell down, but quickly got up and continued running. The deer continued to shoot and the bullets nipped Candace’s back, arms, neck, and head. After a few minutes, which felt like hours, she could see the light off day tip-toeing and sneaking around through and in the trees and its foliage. Candace turned to see the deer getting closer and she began running even faster- she was so close. On and on she ran until she reached the edge of the forest. Once she could completely see what was beyond the forest, she ran as fast as her little, beaten up legs could.

But she could not go past the forest. She was trapped by something invisible and unseen. She knew the only thing she could do, was hide and hope for the best. Bloody, she found a creek and hid under some fallen trees hanging over it. Once the deer caught up, silence fell over the forest like nightfall. The calm zephyrs cooled and burned her bruised, crimson skin. She tried to quiet her breathing, but it was still so labored. She could faintly hear the deer walking, pacing, slowly, stalking. She gulped, squeezed her eyes shut, and held on tightly to Milly. Tears poured down her face silently. She heard the deer and saw its shadow above her, walking atop the fallen tree branches. The deer hopped down was right in front of Candace. She was petrified. The deer slowly turned around and looked under the branches. It looked straight into Candace’s eyes- she could see the hurt and insanity in the deer’s eyes. She felt the rifle push into Milly’s heart. Candace looked down at Milly and Milly looked up in sadness and fear at her. Candace heard a gunshot fire and saw Milly all bloody.

“I’m sorry. I failed you. In many ways. You are dying and it’s my fault. You looked just like your mother…” Milly closed her eyes.

“No, you didn’t, Milly! I am still alive! I’m still alive…” Candace was hurt, alone, and confused once again. She saw the deer on the ground. It was shot. Dead. Candace felt a sharp pain in her chest. She rubbed her eyes again to wipe away her tears. But when she opened them, she was in a strange, bright, white place. She was staring at a wan ceiling. She looked around her. She saw Milly, still bloody. No longer alive. Candace looked at herself and saw bandages all over her body. The bandages had blood on them. She looked down at her clothes and she was wearing a hospital garment. She had no idea why she was in a hospital. A doctor was about to come in and cracked open the door with his foot until another doctor quickly stopped to talk to him first. So, Candace listened the best she could to their conversation.

“So, do you know what happened? How did the father and daughter get shot? And why was the daughter so cut up? And she was shot so many more times than the father- there were bullet holes all over her! What the hell happened to them?” the one doctor asks. The other doctor looks around before answering and then quietly responds.

“Okay, we are not supposed to be talking about this, but everyone thinks the father shot his daughter, but she tried to run away first and he tried shooting her down and then shot himself when he succeeded. His wife died a year ago- breast cancer. Maybe that factors into the cause? No one knows for sure, though. But that’s probably what happened. The gun was found in his hand. He’s dead and the daughter is in critical condition. Poor girl. If she survives, she’ll wake up an orphan.” Candace was further confused. Her father would have never shot her, right? It was the deer.

She closed her eyes tightly. When she opened them, she was back at the old shed. The little red doorknob dripped some kind of dark, crimson liquid. Blood? she thought. She slowly opened the small door again and she still had her bloody teddy bear. When she crawled through the door, she was in a different place again. Everything was white and bright, but not like the hospital.

“I told you,” Milly weakly said.

“But I’m-” Candace didn’t finish her sentence, for she saw someone walking towards her. It was a woman- a most beautiful woman. Her beauty looked familiar. And as Candace looked closer, she realized it was her mother. She ran to hug her. “Mother! I’ve missed you so much!” she exclaimed.

“I missed you, too, but why are you here?” her mother responded, weary and perplexed. “You shouldn’t be here… not yet.” 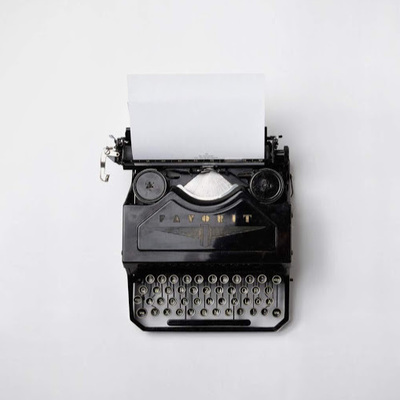 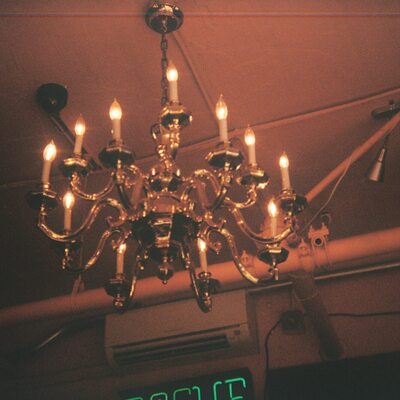 Very intriguing title! I will say I had a hard time believing this was a six-year-old what with some of the words used and the fact that she was sorting boxes. I might change up some of the language because, otherwise, she is a great mouthpiece for this kind of story!