Each stone burnt as I stepped. In the summer, all the stones here got unbearably hot. Wearing shoes would’ve helped if my sneakers had more traction. Covered by salty ocean water at night and uncovered to bask in the sun in the morning, they were too slick. Most people avoided the side of the beach beyond these stones in fear of, falling, burning their feet, or being stuck on the other side after high tide. But I’m not most people.

Family and friends called me ‘Stella’ even though my real name is ‘Estelle’. Ever since I was little, I’ve been told that my name means ‘star’. Which meant (according to my parents) that I would do great things someday.

Well that’s what they used to say. Until I reached twenty-five years of being alive last month. Still only having just an apartment, a 2010 Subaru Forester, an overweight hamster, a job at a laundry mat and collage debt. The debt without a successful career is the result of my choice to drop out last year. Collage just wasn’t for me. Until I figure out what is, I will continue to spend my time between work, my apartment and here.

When I was a kid, we came here every summer. Then as a teenager I came here with friends. Now I come here by myself to the (what some might consider) forbidden side of the beach.

The beautiful blue water splashed the stones on the sides threatening to cover them. It wasn’t high tide yet, but it was rough. The white capped waves were aggressive even with the clear day. Most days I would come over here to read, being careful not to drop my book as I maneuvered along the uneven stones and around the side of the cliff that only had a few feet of beach accessible.

Once past the narrow path there was a large area. Which was secluded even down the quarter mile stretch to the other side. This was my peaceful spot to be away from people. My job had a lot of customers going in and out of the building all day, so I needed this time.

Today’s trip is different. Monday sparked my curiosity. I was sitting on the beach, basking in the sun and I felt like there was someone behind me. I opened my eyes quickly, to look around, noticing a light shining from the side of the cliff behind me. It was just a small light in the darkness of what appeared to be a small opening.

As I stood up, collected my things and started to walk towards the cave; it was gone. My eyes automatically shut, trying to reset to see if when I opened them it would appear again. For days I told myself that it was my imagination caused by heat exhaustion. I did spend a little too long in the sun that day. It was now Friday; I had the weekend off because I was a manager. So, it was impossible to resist the urge to investigate what I saw, when I had the whole weekend to do so.

At first, I didn’t see anything. Which made me feel a little crazy. It took a little while of sitting there with my back to the water and my eyes on the cliff for me to see. The cave appeared in the same spot otherwise I would have missed it. Maybe the light from the sun had to shine just right to find it.

My legs moved before I told them to. I was sprinting towards the cliff. Luckily the entrance was on beach level or there would have been no way to get there. I’ve always had an affinity for adventure. That’s why collage bored me. My steps slowed when I reached the mouth of the cave.

What was I doing? People who go in caves get lost. But I had to. There was just a feeling in my gut that I had to keep going.

As I expected it was damp and dark. My cell provided enough light as I followed the path. Making one turn then the other, I lost sight of the entrance. Realizing each turn took me farther from the beach made my breathing more labored. Then I came to a fork. Left or right which way? I went right because I was right-handed so I figured that it would be easier to remember. Soon after there was another choice, I continued to go right.

There was a flash of light in the tunnel ahead of me. Hoping for there to be another person I ran towards the source. Not keeping track of the quick turns, I made as each flash of light lead me further and further into the belly of the cave.

But they never slowed. My legs kept going until I reached a huge cavern. It looked to be the size of a stadium. I hadn’t noticed the other person standing next to me at first. I was taken aback by the size and beauty of where I was.

When I did notice I almost dropped my phone while trying to shine the flashlight in their face so I could see. A young boy looking no more than twelve, stood before me.

“What are you doing in here alone?” I asked.

“I’m not alone. You’re here and can’t you see it?” he responded.

“Close your eyes, clear your mind and look again.”

I can’t believe I’m about to listen to a creepy kid in a cave. But I still did as he asked. Then when I opened my eyes, I saw a different place. Instead of everything being like a normal cavern, complete with dripping water, which was still beautiful. It was shimmering. It looked like the walls were covered in stardust. There was an odd glow in the room now, that reminded me of moonlight. Which reflected off a pool of water in the middle of the cavern.

Suddenly the boy ran and jumped in the water. Before he dove, he said, “Remember, close your eyes, clear your mind you will see.”

“Wait, what are you…” Was all I got out before he was gone. I waited several minutes but he never came back up.

“Ok…Alright Stella…Get ahold of yourself…It’s just water. This boy couldn’t possibly be leading you to a watery grave…Could he?” I said to myself as I paced the edge of the pool. “Just go ahead and try something new in your life, you love adventure, and this is the time.”

So, I climbed in, took a deep breath and dove. At first, I just panicked but than I remembered what the boy said. Soon as my mind cleared, I fell and kept falling until I landed on something hard but was no longer in water.

It wasn’t a rough landing just more like a drop from a ledge. When I stood up, I quickly noticed how different the area around me looked. This was another type of cavern; it had a huge opening in the ceiling. The sun shined brightly on a lush green landscape. Tree’s, Bushes, moss, flowers, water and stone filled the area.

The water being a stream that wound through, stretching across from wall to wall in different directions. When I looked back, I noticed the slide like tunnel I fell out of. My mind couldn’t comprehend how I fell through there and how there was no water coming out of it. The boy sat on a boulder next to a tree watching my reaction.

“Isn’t it amazing?” he questioned.

“I found it a few weeks ago. I’ve explored most of it and found some things.”

“Many strange things, things that look like there were people who lived here. Ancient people from another time, like in the stories.”

“No, my parents died when I was little. I live with my grams now. She wouldn’t be able to make it through the cave.”

“Because you look like a nice person and it’s lonely exploring all alone.” He admitted.

I nodded not understanding the need to be around people, until I was alone in the tunnels of this cave system only a short time ago.

“Plus, you look…like you wouldn’t tell anyone.”

“You want this place to be a secret?”

“Why? We could write a great story about it and people would love it.” I said sounding more excited than I usually did about doing something that may require a lot of work. I felt inspired.

“The people who lived here.”

“Well, their gone so I’m sure they wouldn’t mind.” I explained.

“Oh, yes they would.” His statement gave me chills.

“What makes you say that.” I was afraid to ask.

“Because there’s one standing next to you.”

When I turned around there was a flash of light so bright it made me stumble backwards. Then I felt a smack on the back of my head.

When I woke, the sand was cold beneath my legs and arms. The sun had gone down quite a bit and the water was getting closer. Panicked I stood up realizing that high tide was coming in and I had to make it around the cliff, then over the stones before I end up stuck here. So, my cold legs struggled to carry me fast enough, but I made it with just enough time.

In the warmth and comfort of my Forester, I took a deep breath. Alright so, where was I? Did I fall asleep on the beach and dream it, or did it really happen? If it really happened, then not only does it mean that the place was real but also that someone knocked me unconscious and carried me out. It had to be a dream, right?

Either way it would make a great story. 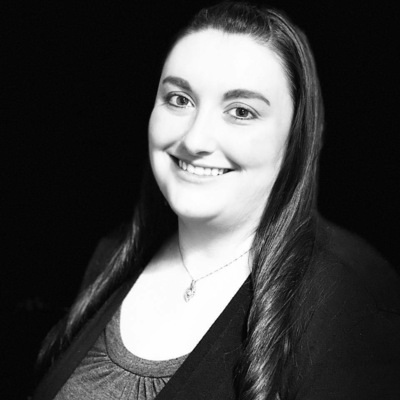