“Did you find anything?” I asked Cat.

There were many things in the Outside World we didn’t know about. Curiosity filled the air. Well, my air. Cat was sniffing a big bundle of smelly socks near the trash.

“What are those shiny silver things in the sky?” I ask. “And why is that shiny big circle so big?”

Cat shrugged, uninterested. “No idea. But check this out! I found these black thingies that make your vision darker! I saw people wearing these before, Dog! I think it’s called starglass or stuffglacks!”

Humans in this world like cats because they are calmer. That’s why they love me. I’m a cat, but I’m named Dog. Doesn’t make sense at all, does it?

“Cat!” I cry impatiently. We have to focus on our mission; find the emerald before tomorrow’s sunset! Shouldn’t you have a watch or something? You grew up being a watchdog!”

Cat laughed. “Watchdogs don’t have watches, Dog. They just guard and stop intruders from coming in. I’m important, Dog. Don’t let me out on everything.”

We both crawled quietly. If we were caught, we’d be sent to the animal shelter, just like our cousins who failed the mission, Mouse and Rat. Hilarious, right? No, it’s not. If we fail, we lose everything. And I do mean everything. If we don’t find the emerald by tomorrow’s sunset, our parents are locked in a room forever.

But let’s look on the bright side here. We already made it in the location where the Open Door might be. But the mission will be pretty hard—there are many open doors around.

Too bad our parents’ locked door can’t open without the emerald.

Cat is dusty as a dog. Because she is a dog. Some people just don’t get that. Dogs are dirty, so why buy them?

Cats are cute and have the prettiest eyes ever. Whoever named me Dog was just stupid.

Cat was busy sniffing the dead flowers in the yard. “Slowpoke, you’re such a scaredy-cat,” he teased. “And I mean literally.”

He just pushed me with his small round head. I pushed back. When he pushed as hard as he could, I fell backward, hitting my head in metal.

I gaped at him and turned around. When I turned back, Cat’s tail was wagging. “Is that what I think it is?” he cried excitedly.

“The Open Door,” I muttered with disbelief.

He shoved me carelessly and went in. “Come on! Our time is running out!”

I obeyed, and wondered if we will make it in time.

As we crawled inside, the world inside was shiny. The chandeliers, the roses, the flowers, it looked like it was sprinkled with glitter. The world glistened. Even my mind was glimmering.

Cat pushed me impatiently, and I quickly ran away from my thoughts. “We have to focus, Dog! Find the emerald! I want to go home!” he cried. His tail wasn’t wagging anymore. His ears drooped with anxiety.

“Okay, okay, we’ll find it,” I assured. “You check the left, I’ll check the right. Let’s meet up together in the middle. This room must be at least fifteen apartment living rooms wide!”

I glance down at them one more time, and then checked another shelf.

Cat, on the other hand, was squinting. “Dog, I can’t tell if this is green!” he complained. “But I’m not color blind! I heard my vet telling my old owner I just have difficulty seeing green!”

Cat stared at me. “It’s obviously red! Of course it’s an apple!” He gasped. “What if we are color blind?”

I laughed at him. “No, stupid. Of course we aren’t. We just have trouble seeing a few colors, but we could still see them.

“Anyway, let’s keep looking, we’ll switch sides, and then we will meet in the middle,” I continued. Cat nodded and obeyed.

Half an hour later? Nothing. Nada.

“Look, Dog! I found it! I think!” Cat exclaimed loudly. Then he repeated, “I think.”

“It was on the ground, and I thought it was the one!” he said cheerfully.

I purred disappointedly. “Sorry to break it to you, but it’s just a golden ball. We need to find a green one.”

He grunted unhappily. But hey, at least he found something!

Then there was another scene.

When I saw the golden ball, it was cracked. I gaped at him. “You cracked it! We can get caught, you know!”

But Cat wasn’t howling anymore. He sniffed the ball curiously.

I groaned exasperatedly. “You were howling ten seconds ago, and now you are sniffing that like it’s a butt of a squirrel! What is wrong with you?!”

“Shh,” he whispered. “Look at the ball. It’s not golden anymore. What is it?”

I peered down slowly. Then I inhaled, shocked.

“WOW” is the first thing that comes out of my mouth. Then, it’s “You found it! I can’t believe a howl and a ‘possible broken paw’ can actually help us with our mission!” I purred, relieved.

“I found it,” he replied proudly.

“Cat and Dog? You have exactly seven minutes to visit, and you have until today’s sunset to find the emerald,” Chip announced.

We smiled at him. “Actually, Chief Chip, we already found the emerald,” I replied, glowing happily.

He was surprised. “You what? You did? Show me,” he ordered.

No problem. We showed him the emerald (Cat almost ate it!), and he examined it carefully before he breathed in and out with happiness.

“Congratulations! Your parents are free to go. And since you have succeeded, you may get to have whatever you want. What is it that you want? We have all jewels, a free pet spa, money, jewelry—”

I interrupted. “We know exactly what we want.” I glanced at Cat, who smiled at me in understanding.

Chip tilted his head and waited for me to say something. I clear my throat. “We want to change our names.”

Cat continued. “My name should be Dog. Right? It’s allowed? Doesn’t it match me? Well, because I am a dog, right? So shouldn’t my name be Dog? It should also be because—”

“And my name is Cat. Because I am a cat. So, do we get what we requested?” I ask hopefully.

Chip nodded gently. “Of course. Your wish is accepted by us. But are you sure? They are just names. Others would have asked for riches, and pearls, and the most expensive diamonds—”

We shook our heads.

He shrugs. “All right then, wish accepted. You may see your parents. Goodbye, now!”

We waited for the fence to open. We waited, and waited.

When it opened, we exhaled with joy.

They said. “Tell me all that happened. Tell me everything.”

And what did we do? We told them everything, every little detail. Even the part where I told DOG he was an old, dirty rag. 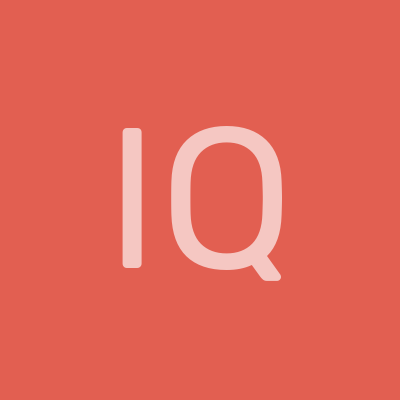 Kendra, I honestly feel like a kid in a candy store! :P Your writing continues to amaze and delight me, inspiring me to the fullest! Wonderful job, keep it up!

I am very glad you enjoyed! Thank you lots for the courage :)