You see me, that creature whom died committing suicide off the bridge near the pub. The creature whom-every twelve o’clock midnight- would creep ‘round the paved roads in agony. I was once human you know…

They betray their friends, stabbing them when they aren’t looking; they are so prideful as to storm their way out of the parking lot cause your ex-husband has cheated on you, but you’ve cheated on him also. What I ask is: why? Why would you out of all things in reincarnation, see ME. Me who’s left unscathed though I’ve been dead for ten years.

Ten whole fucking years of torture. The torture that came and barged its way into the door of my heart and said, “hey! I’m taking over now!” Bow down and see the fall of it all! You-YOU-out of all things good and holy see me. Why?

Maybe it has to do with the fact that you are the leading cause to my ultimate death.

“Do you, Ophelia Berns hereby decree to this life sentenced in hell?” I wish they’ve would have asked me so!

“Poor thing! I wonder if her soul is scathed from the operation!” They say to each other.

“Do you really think?”

“That poor girl is probably dead because of her lover.”

Did you ever truly belong to me?

“Have you ever had a perfect day? One perfect, not-so-ugly day? A day when all you do is lift up your smile to a stance in which you are actually happy?” I asked my classmates that day, citing from-and getting inspiration from- books like All the bright places. They all nod in sync to the point in which their heads all fall off and roll to the bloody floor. The floor is covered in bloodstains and bear-traps. The Persian tapestry lays on the floor (when it should be hanging from the ceiling). Dusty chandeliers, scratches on the couches, the floor, the walls. Couches which are ripped torn and old in design. The floor which is not even technically a floor; but a slab of cement layered on top of the dirt-grass-ground. The barn is rusty and un-finished to the point in which it looks like someone has started-and intended to- to build it, but…It also looks… Abandoned, demolished to the point of destruction dumps and dung. Dang, does it reek of dung. Piles of cow carcass are nailed on the walls, pigs roam ‘round the outside of the barn. Because the barn has no doors; just seemingly large, vast, wide openings to go in and go out about, some pigs go through in-and-out of the barn.

But why am I calling it a barn?

It doesn’t even look like a barn at this point. More like an abstract version of what-is-supposed-to-be a farm but isn’t at the same time. Could be a slaughterhouse, but people live here. And people meaning me and my classmates; at least for the time being that is. That is if any of us gets sent to the asylum. The “Neverland jail” as many mock me to describe such an asylum.

This is not the point.

The point is that I’m trying to educate my classmates on the use of good poetic devices all the while trying to spurt out rhetorical question-scenarios.

This is also not the point.

The point is that no matter what, no matter the what is in whatever, is that THIS COULD NEVER STOP. Stop because that’s just what they want. The black cloud that seems to tag along throughout my life- never-ending-always-going: KEEP GOING. The point is that as this seemingly slaughterhouse plus the corpses plus the dead carcass plus(hell!) even the pigs-that for sure, can’t fly at this point, are glaring at me with intense eyes cause:

We are all dead here. My classmates, my friends, every-ONE.

Kids are often afraid of the things that are seen or seen on television. But what if the things you’re really tingling with fear as sweat dripped down your back, the kind of fear that got the best of you: were always the ones unseen. To be unseen doesn’t just mean that you can’t see it: it just means that you weren’t looking right. Right. The right in which the shadow would travel, but the shadow of a human. Humans are often seen as fearing creatures, especially to caterpillars, ants, bugs, dogs, or even snakes. Humans are dominant to the world, but prey to their fears. Fears that only YOU can see. Fears that aren’t human but much more. What does it mean to be a being? To be a -physically seen by others -creature that is. Physical but not mental but mental but not seen. That’s how it felt. The feeling that only can be seen by me, but strange to others.

The shadow slowly walked its way across the already dark room, but its presence made it ten times darker. The kind of dark not in spooky or ghost like but realistically spooky. Spooked the emotions crawling up to my already unstable brain. The brain that will never believe what she just saw; the unseen creature who murdered her.

Slowly, a tornado spun rapidly in the room. Around and around, smashing bookshelves to the floor. Around and around, turning the lights on and off. On and off. On but blinking. Blinking and dark. Pitch black. Around, and around, swirling in an uncontrollable condition where it could not be maintained. But maintained abominable pace. Pace that swished and swished and never paused. Paused for a second. Only to reveal, slowly the unsavory creature: A shadow made up of ghost like material and slashed sharp claws and revealed a pair of devil horns. The creature I’ve seen in the past. The creature with the half face of human and half face of a ghost like devil. A devil with a spooky curved up grin. A beautiful human smile. A devil who sprouted black sharp-edged wings, made up of blood and bones of cows. The cows. I pity them. Oh how they had been eaten mercilessly by this creature! The creature whom has summoned before me. The creature whose body was created by the souls of humans he consumed. Consumed with razor sharp yellow teeth. Teeth whom have bit into the carcass of humans and cows both. A murderer whom should not be forgiven. But yet the way he gazed into my soul, as it sparked by the chandelier’s dim light, was once a human. A human whom I must’ve known. A human who was my first friend. A human who was my first love. A human who was my first everything.

My heart shuddered at the thought that I had been murdered by a soul whom I’ve known.

But little did I not know of the cat and of Russell. Both of whom who were dead.

Death as we presume it, isn’t all that it seems to be. We often think that to “die” means to be killed but have you ever thought about being dead without the killing? I could often tell- at the back of my bloody brain- that I was dead. But then again, if I was dead, I wouldn’t be thinking these much alive thoughts and would have been rotting in either heaven or hell. Speaking of which, I’ve never thought about it-while my gore and brain was splat across the wooden floors of my bedroom and the mushy blood soaked into the fuzzy white rug- that I would be alive somewhere neither better nor worse than heaven and hell.

I lay there, shocked by the “unreal ness” that was happening. Laying there my hair pasted in black mud and grass blades pocking at my drenched shirt. My shirt that was somehow drenched from all the hyperactivity that has happened.

I slowly shut my eyes, my eyelids resting, hoping to come back to the place I called home. But when I opened my eyes, I was still HERE. Here on the subtle green grass in the look- a-like heaven place.

That death was in: 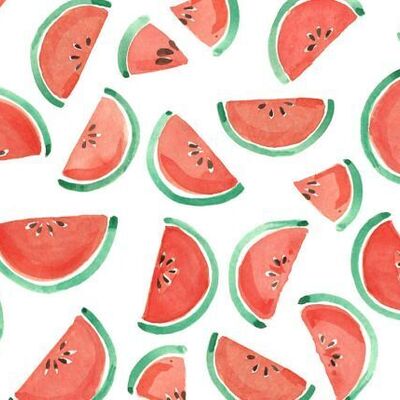