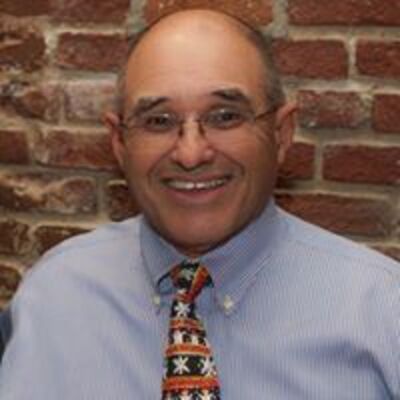 “George,” Randy said, “I need your help. You and Janice are so happy together, and I want that for me. I’m tired of being a bachelor. I need advice from someone who knows how to find the perfect woman. Will you help me?”

“Randy, one of the reason’s you’re still single is that you’re cheap. No woman wants to go out with a guy who has a coffee jar full of pennies. Quarters I can understand, but pennies?”

“The US mint reports that sixty-two million dollars in pennies are lost every year,” Randy said. “People see them on the street and leave them there. Not me.”

“And how’s that working out for you?”

“In the last ten years, I have collected fifteen hundred pennies. Do you have any idea how much money that is?”

“Make fun all you want,” Randy said, “I’m not cheap, I’m frugal. I know there’s a woman out there looking for someone like me.”

“All right,” George said, “let’s jump on one of these free dating apps and put together a profile. Let’s go right to the, Tell us about yourself section. What do you want to say?”

“I like cliff diving, flying with the Blue Angels, pina coladas, and long, moonlight walks on the beach.”

“What are you writing – a song? Have you ever done any of those things? Look, Randy, you can’t lie on your profile. That’s not how you find true love. So, I’ll ask you again, what do you like to do?”

Randy thought about it for a second. “I like catching grasshoppers for my cat, Hazel.”

“You’re trying to attract a beautiful woman, not Jane Goodall. Let’s try this again. What do you like to do?”

“Let’s try listing something a couple can do together.”

“I like going to the movies and watching TV.”

“Okay,” George said, “Now we’re talking. What kind of movies do you like?”

“I like documentaries, and those autopsy shows. What would you call that?”

“Erectile Dysfunction, pal. Look, are you serious about finding someone, or is this just a game to you?”

“Again, not good for the profile.”

“I had, pina coladas, and long walks on the beach, and you told me not to write that.”

“I’m reconsidering it. Let’s skip this part for now, and move on to a description of what you look like.”

“Are you out of your frickin’ mind? The only one who will respond to that post is Winnie the Pooh.”

“What are we going to do?” Randy said.

George and Randy spent the next two hours fabricating fantasies they thought women would love. They painted Randy as an athlete who injured his leg during the 2012 Olympics, but who still finished the race. George compared Randy to Vin Diesel, Dwayne Johnson, and Bruce Willis. They went back to the cliff diving profile and the Blue Angels.

Quite happy with themselves, George and Randy went out for a beer. They were patting each other on the back when Randy blurted out, “I got a hit.”

“Let me see.” George grabbed the phone out of Randy’s hand. “Oh my, goodness she’s gorgeous. It says she’s from Maryland and she can ride a mechanical bull.” George winked at Randy.

“I don’t have a mechanical bull.”

George continued. “She wants to meet you. Hit reply and set up a meeting.”

“What should I say?”

“Never mind, I’ll do it.” George typed quickly; Can you meet me tomorrow at 9 AM at the Starbucks in the Porter Ranch shopping center? I’ll be wearing a Dodgers cap.

The reply didn’t take long. It’s a date. I can’t wait to hear all about your Olympic experience.

“Misdirect and deflect, my friend. Tell her you injured your leg while jumping over one of the hurdles, but that you still finished the race like a champion. Tell her it’s painful to talk about, and then ask her what she likes to do.”

“Got it,” Randy said, “Misdirect and deflect. Should I do that the entire time we’re together?”

Starbucks was busy with would be writers, business people, and students. Randy sat nervously thinking about whether he should hug his date or shake her hand. He wondered if he should order a coffee for himself or wait until she got there. He considered whether or not to buy her a cup of coffee, or if he should expect her to buy her own. Starbucks wasn’t cheap. He looked around, and much to his dismay, two other guys were wearing Dodgers caps.

A woman who matched the profile picture walked in. She was wearing skin-tight jeans and a Baltimore Ravens football jersey. Man, she looked hot. She walked over to one of the guys wearing a Dodgers cap and spoke to him briefly. The guy wrote something down on a napkin and handed it to her.

Next, she walked to the other guy with the cap; they chatted for a minute, and then she excused herself. The woman scanned the room and spotted Randy.

He waved hello and sheepishly stood from his chair. The woman looked down at her phone, made a gesture that indicated something urgent had come up, and immediately walked out the front door.

Before the door could close, George came walking in.

“What the hell are you doing here?” Randy said.

“You didn’t think I was going to miss this train wreck, did you?” George laughed, “I’ve been standing outside the whole time. Dude, she totally dissed you.”

“I think she got an emergency call on her phone and had to leave.”

“Emergency call my ass. Don’t worry about this chick; she was way too good looking for you anyway.” George slapped him on the shoulder, and walked away, leaving Randy alone at the table.

Randy thought the comment might have come from a woman at the table next to him. “I’m sorry, did you say something?”

“I overheard your friend. He’s a real jerk by the way. Were you supposed to meet someone from a dating site?”

“Yeah, Randy said, “It was that pretty woman in the football jersey.”

“I noticed her as soon as she walked in. She’s stunning,” the woman said.

“Apparently too stunning for me. Are you waiting for someone?”

“My date was supposed to meet me here at eight o’clock. He must have taken one look at me and split.”

“Excuse me?” the woman said.

“I lied on my profile,” Randy told her, “you might say I exaggerated my good looks.”

“My girlfriend convinced me to do the same thing,” the woman said.

“May I?” Randy indicated the empty seat.

“So, Nancy, let me ask you — how would you describe me to your friends?"

“Okay, well, I would say you were five-foot-six.”

“Five-foot-six and a half,” Randy corrected her.

“One hundred and eighty pounds.”

“I like that,” Randy said, “That’s what I should have written on my profile. Okay, now. Let me describe you.”

“That won’t be necessary.”

“You have stringy hair and can use a volumizer. So, how did I do?”

“If your goal is never to see me again, you did just fine. It’s been interesting, but I’m leaving.”

“Can I buy you a cup of coffee?” Randy said.

“This isn’t going to work out.”

“When I asked if I could buy you a cup of coffee, I meant I would pay for it.”

“How gallant of you,” she said. She rose from her seat, straightened her skirt, and headed for the door.

“Only if you want to end up in handcuffs.”

Randy wasn’t sure if handcuffs was a reference to a sex act. Not wanting to miss out, he went after her. His pursuit didn’t last long; Randy spotted a penny on the ground and stopped to pick it up. It was a 1998 Lincoln. Nothing out of the ordinary, but a penny was not something he could ever pass up. He looked around. Nancy was gone.

The following morning Randy drove to the supermarket. Meeting a woman was still at the top of his list. It was Cinco de Mayo, and he had invited George and Janice over for tacos and beer. He couldn’t help but wish he had a date for the evening. Three was such an awkward number.

He walked through the international aisle and grabbed a few spices. A woman was looking at different brands of chili powder. Randy found her attractive and stood next to her. “I guess this is where you would hang out if you wanted to spice things up.” He gave her a wink. The woman moved quickly to another part of the store.

Randy had no idea how to meet a woman. He replaced the spices and resigned himself to a life of bachelorhood.

He walked to the produce section where a woman was picking through a crate of tomatoes. He hadn’t noticed if she was attractive or unattractive, or younger or older. Randy no longer cared. He picked up an onion, and then put it back, causing three others to fall to the floor.

The woman stooped to pick them up when they bumped heads. “I’m sorry,” Randy said.

Her voice was kind and gentle. “Don’t worry about it.”

“It’s been that kind of a week for me. I’m having my buddy and his wife over for tacos and beer tonight, and I offered to cook dinner. I gotta’ tell ya; I can’t believe how expensive onions are.”

“None of my friends celebrate Cinco de Mayo, so it’s just going to be me and my cat, Oscar, and you are so right about the cost of food. Fifty-nine cents for an onion. That’s ridiculous.”

“And crickets," she said, "Oscar can’t get enough of them.”

“It’s nice to meet another cat owner and a frugal shopper. There are so few of us around. My name’s, Randy, and I hope you don’t end up with a bump on your head.”

“It’s nothing a trip to the ER can’t handle.” She smiled at her joke. “Anyway, it was a pleasure meeting you." She extended her hand. "My name’s Penny.”