Submitted for Contest #3 in response to: Write a story about an ordinary day in a person's life. Use their internal dialogue to make the story interesting.... view prompt 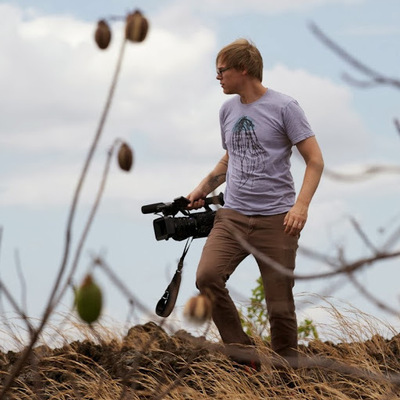 THE POUNDING USUALLY BEGINS JUST AFTER MIDNIGHT. Muffled, it comes through the windowless walls in short deliberate bursts. They come in patterns of three. However, the time between strikes happen at odd intervals, leaving me unable to estimate when the next series of hits will come. So it leaves me tense, as I wait for each series to blow. Had the pounding happened in some time interval that made sense I think the whole occurrence would have passed me by, possibly even aiding my sleep. But I find myself staring at the my wall from where the pounding emanates until it finally creases at around five in the morning. But, more than the incessant muffled pounding, what disturbs me most are the other sounds, weak and human like but barely, that resonate as an echo of some high pitch ‘Eeeeeee’ gurgling in the wake of the mysterious pounding.

Living, here, in this collection of tiny units, for the past five years since losing my employment at the nursery home (some call is an old folks home) and the war, I spend my time and interests toward constructing a tiny town of miniatures, a project which has overtaken the majority real estate of my small studio unit. Not interest with the world outside my walls, I aim to build a new one to my liking. And so, filing my time with my constructed world, I didn’t take notice of Same Gibbered as he moved into the unit next door.

I first saw Sam Gibbered in the shared laundry room of the complex. I tripped over him as I carried my wicker basket of dirty clothes inside. He was lying on the floor, propped up against the wall with his legs stretched out ahead of him, and an old torn up backpack on his lap, clutched under his arms.

“Pardon,” I say but Sam barely looks up, waving me off as he tucks his backpack closer to his chest and turns into the corner, as if resettling for sleep.

Thinking Sam was some vagrant, I turned around with my full wicker basket of clothes and returned to my room. My thoughts were that the man had snuck in from one of the neighboring cubes and his time ration between units had run out. And so decided to wait out the next cycle until his credits came through, taking the new allotted time to sleep. Knowing the penalty outside the private gates of the complex, I couldn’t blame him for wanting some reprieve from it all. However, still, I didn’t trust him. A part of me worried that I should call the guards and have the man taken away. But the thought drifts off as I resound myself around my made up world of tiny happening within my walls. This place, under my control and dominion, is all I know as my own. Whatever things occurring outside these walls are of someone else's concerns. And, in the case of Same Gibbered, I am content to let sleeping dogs lie.

I call my tiny miniature town Thelma after a woman I met during my time working at the nursery home. She and I shared a type of kinship. The fact that she was fifty years my senior, putting her at the deterring age of eighty-three didn’t seem to slow our attraction towards each other. Not in a sensual sense, although her casual state of interacting with myself and others was flirtatious in nature, but of some shared understanding or wisdom that people are just people, good, bad, and indifferent, and should be viewed as stars shining their own light.

“Some stars shine brighter than others, but only for a time. The goal is to warm each other with our light before we all burn out.” Her name was Thelma Reeve and she died screaming in a fire.

Although not religious, I decided to begin my construction of the town of Thelma with a church at its center, with all roads leading toward it, even from the furthest structure, a lighthouse that I named ‘Thelma's Light’, that looks over an ocean. The roads cut through and early nineteen-hundreds replication of America in its beginnings of the industrial revolution. On those streets are tiny characters in worn down suits and women wearing dresses that balloon from the waist and carrying bright umbrellas or sitting in the shade, holding paper fans. There are a few cars, ford models, and trolley carts, but the majority of transpiration are horse strung carriages. And, in front of the establishments are wooden logs used to tie off the horse’s leads.

Besides the ocean, surrounding the town of Thelma, is a thick forest that climbs up a mountain, the peak of which supports a small wooden cabin. And, behind it, a tall nest of antenna fashioned with wires leading into a shed hidden within the forest.

Below the board holding up my tiny town, I installed a power grid using nine-volt batteries that controlled separate functions throughout. I ran pipes underneath and up through the board into the buildings and other structures. The farm, ‘Atkins Farm’ as I named it, has irrigation and a well. Also, in the market I put a tall spiring building that holds a clock at its top. It reads the same time as my own, synced on the same schedules, and the trolley cars would move up and down the streets and they were always on time.

Everything was perfect. All the pieces in their place. Still, Thelma continues to grow, bringing in more residents and structures as I construct them. At night, the street lamps turn on and many of the residents find themselves at the Slog Tavern, chattering and laughing as music plays within. Outside, the rest of the town sleeps.

I programmed the music to keep playing until two in the morning.  However, the nine-volt battery underneath the tavern would drain and the music would cut off sometime before. The same happened throughout the town and I would have to run to the depot each morning to replace them. I thought of using wall current but it would mean re-rigging the entire town and an increase of hours at the workshop to pay off the debit. This also meant more eyes from the owners, since they monitor each units power consumption and spikes within brought questions and so I made do with the individual batteries until I could figure out why they were draining so quickly. It got to be that I was replacing all of the nine-volt batteries each morning. All except the battery powering the tall nest of antennas sprouting from behind the wooden cabin in the shed at the top of the mountain. The idea of why I built it in the first place is a mystery to me. I suppose I see myself in my tiny town, some kind of observer from above and the nest of antennas as a kind of communication. What we build is only a reflection of what we see. In my small unit I see a sea with a beacon, shining ‘Thelma's Light’.

But, now it’s nearing midnight and the Slog Tavern’s lost its power and music, and I hear the thumping of three knockings accompanied with a shrill ‘Eeeeeee’. Some mystery of Sam Gibbered. What the hell is he hammering? Oh God, now he’s digging! Can no one else hear this? Is it just me?

In the town I hear a commotion. The people of Thelma are circling with torches and pitchforks at the base of the mountain. At the top, the antenna keep buzzing and, from it, I head what sounds like chatter. So I lean closer to the hum of some static. It fizzes and pops. Below, the nine-volt battery gurgles acid then sparks and the light to the town of Thelma vanishes out in smoke.

The taste of it is sour and stingy. Coughing, I run the fan and swat at the smoke when I see the ceiling shake as the tenant on the floor above me stomp their feet and shouting something muffled down through the floorboards. Still, three more knocks come from Sam Gibbered on the other side of my wall, in that disjointed rhythm, like some drunken stumble.

Tomorrow I’ll go to the store and pick up a separate power unit for the antenna and disconnect it from the rest of the town. That should appease the people of Thelma and, with more power, I might hear whatever was that chatter. As for Sam Gibbered, I believe it’s time to meet my neighbor. The pounding continues. At least it’s four-thirty. He’ll be done soon.

“The horses.” I say as I first see them. They’ve fallen over in the streets, dying or dead, all of them! Their stomachs are bloating until they burst. Some kick their feet in a frantic display while others roll their tongues out onto the cobblestone and gasp for air.

The towns people are hiding in their homes, some vomiting, others crying. There’s yelling and rage, however, some are laughing in hysterics.

All the smoke filters out and finally the pounding ceases. It’s five in the morning, another night without sleep. The town is now silent. I’ll clean up the dead horses later. First thing is picking up a stronger power supply then dealing with Sam Gibbered.