falling for the weird kid 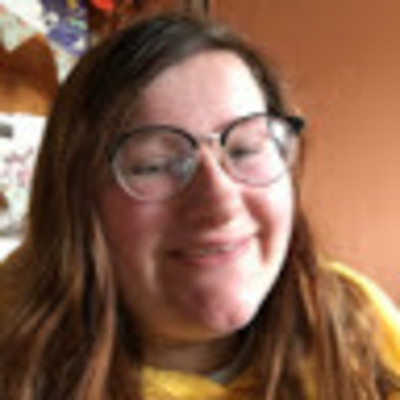 So, picture this, it’s the last year of sixth form and I found myself falling for the guy that had been in my A level biology class for the last two years. I had only been going to this school since the start of year 12, and I instantly found him attractive. However, it hadn’t evolved into love or infatuation until about a year later.

Let me paint a picture of him. He was weird. Not a bit weird that he would say something inappropriate at the wrong time. But concerningly weird. He used to bite people and walk around in a strange dominance stance. He was also incredibly hilarious, often making jokes in biology that had the whole class laughing. One of his highlights included biting a candle that I had bought him for Christmas.

Now, I know this sounds weird. And it probably should be seen as concerning or worrying. But that was who he was; this is what he would do. Let me explain the scene; I had bought him and 4 of my other male friends some candles for Christmas as I didn’t know what else to get them. So I handed one to each of my friends, each providing a difference response.

“Thank you.” Replied my anime obsessed friend. He was nice! Let’s call him Henry.

“I love candles. I look forward to using this.” Replied my other anime obsessed friend. Let’s call him Kevin.

“Why the fuck would you give me a shitty candle?!” Screamed my music friend. He was like that a lot. Let’s call him Caleb. Now here’s where the story gets interesting;

“Can I bite this?” Replied the weird guy. For the sake of this, let’s call him John. (Get it? It’s like John Doe. Yeah, I’m hilarious.) So I wasn’t really paying attention to what he was saying so I absent-mindedly replied,

“Yeah, sure.” And so, he did. He sunk his teeth deep into the cotton towels scented candle. He recoiled, disgusted,

“wow, this didn’t taste good.” He muttered under his breath, going in for another bite. He then went round and bit the candles of Caleb and Henry. With each bite, the same look of disgust spread across his pale features when he tasted the ocean breeze and gingerbread candles.

Also on this day, he made some interesting fashion choices. Huge boxes were placed in our common room as they were moving university prospectuses in and out of the rooms. Due to this, the boxes were empty, and, like any normal human being, he decided that this would be a good addition to his outfit. So, he ripped holes in the box for his arms and head, and started to sport his new trend. I must say, it was quite fetching. Then again, he may be the only person that could make it work. Along with the box armour, he also took the candles from his friends and decided to put it into his trousers to create the illusion of a massive erection. Now, that would have been fine if he stopped there, but he didn’t. He decided to walk to the office of our head of sixth form, yes with the candles in his trousers. She said nothing. No one was surprised at this.

To further emphasise, that he was a bit of a weirdo, he also used to walk into random lessons of classes that he didn’t take. An example of this is when he decided to join in our chemistry practical. So, it went like this, we were making aspirin for our required practical when John walked in. Grabbing gloves and goggles, he sauntered towards our group without any altercations.

“Making aspirin.” One member of my group replied, weighing out the chemicals required.

“Cool,” he replied, waiting a beat, “what are we actually making?” To which, we informed him this was actually what we were doing. He chose to stay after that.

So anyway, back onto why falling for him was bad. More specifically, how I handled the situation. As I had mentioned before, he sat behind me in biology and we had mutual friends which meant that we spoke often. But not as often as often as I would like.

I wasn’t going to sit by and not let my feelings be heard; he was cute and I thought that he deserved to know. The first time that I had paid him a compliment completely threw him. it went like this; he had just come back from Sainsbury’s, his hair wet from the rain, falling in front of his face, his glasses fogged up from coming in from the cold, he looked cute. So I called him over the compliment him. Before I could say anything, he gently threw a 5p at my face, which I awkwardly thanked him for.

“I just wanted to say you looked nice today.” I said to him, cheerily.

“You look nice today.” I reiterated.

“What of it?” he asked again. I let out an irritated sigh and tried again.

“Sorry, what was that? I wasn’t actually listening.”

“All I wanted to say was that you look nice today!” I screamed, he had finally heard me. He dramatically looked down at the outfit that he was wearing and looked at me in confusion.

“Well, I don’t look any different than I normally do.” He said, sending me a wink and fingerguns.

I then started to compliment him every day; whether that be on his appearance, his personality or his outfits. I had a streak of about 8 days before he asked me to stop. Despite the fact that I had been giving him compliments every day, I was still embarrassed that he had figured out that I liked him.

So now we’re getting towards the end of my story. I had decided to ask him on a date. This was my first mistake. So I agonised about how to do it. I wanted it to be romantic, due to the fact that I am a hopeless romantic. I was going to ask him out on Valentine’s Day using my favourite love poem; ‘love’s philosophy’ by Percy Bysshe Shelley., but then I decided that would be embarrassing. So I called him over with the intention of asking him out but I froze up. I just awkwardly squeaked out a hi and maintained eye contact with him for a few seconds until my friend decided to break the awkward silence.

“Date her.” My friend commanded, pointing a finger at me. A horrified look spread across John’s face. He looked as though he considered this for a second then shook his head, repulsed and muttered out an apology.

If I’m being completely honest, I wasn’t expecting anything else to come of it. It was still disappointing to be rejected by someone I had fallen so hard for. Looking back, though, I don’t think he was actually capable of love.