My love for You 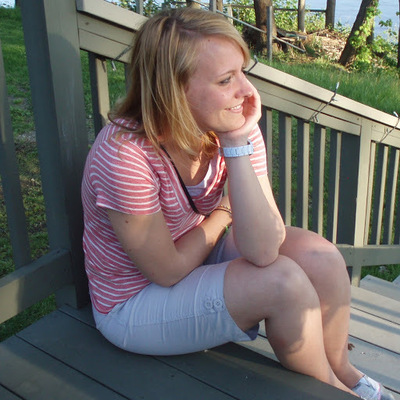 I’m jealous of pregnant women. I’m envious of their swollen feet and morning sickness. I’m jealous of new dads with infants strapped to their chest, baseball caps over their too-busy-to-shower hair and sunglasses covering their sleepless eyes. I’m angry about new families with their matching outfits in family photos and their disorganized grocery shopping trips which include chases down aisles and tantrums regarding cereal.

I never wanted to be a mom. I never actually thought I’d be a wife. I was an untethered soul focused on world dominance. I was to become the first female president of the United States of America without a first man. I was going to fight social injustices without someone to cloud my judgement. But then I fell in love. I had fallen in love many times before. Multiple times a day in fact. I’d fall in love with someone’s eyes, hands, voice…The person I married was a gruff soul that taught me to slow down and appreciate the silence. My counterweight. The one who caused me to find equilibrium.

After embracing life as a wife, without ever having to learn how to cook, I started imagining our future family. Three curly-headed brunettes with blue eyes and thin lips. Small cars replaced with an over-sized red van. Tiny shoes thrown next to our winter boots. Our King-sized bed that would soon feel too small. The thought of this lifestyle shift took over my social media feeds with videos of mispronounced words and tutorials on making baby outfits.

Then, I fell in love, again, last month. Your tiny fingers and toes. Your small nose and bloated belly. Even though I hadn’t met you yet, I knew you were there, and you were perfect. I would close my eyes and talk to you. We were connected already, and I couldn’t imagine waiting so many months to meet you. We already had your name picked out. We also had some nicknames in mind.

I planned to send out “Grandma” and “Grandpa” t-shirts soon. My siblings would receive mugs with “Best Auntie” or “Best Uncle” printed on them. There would be handwritten notes instead with ultrasound pictures and a note, “I cannot wait to meet you.” Imagine their faces when they opened the packages. They would call shortly after. I would cry, they would cry. Tears of joy would become a common thing for me.

I would continue to exercise, every day. I would take mommy yoga classes while still trying to stick with the running. I hated running, but it was good for me and it was good for you. I would need to buy a running stroller soon. Maybe I would put it on the baby registry.

Can you put wine on a registry list? I was already starting to miss the taste of a dry red pinot. I hadn’t been drinking for weeks, preparing for you. I had been taking prenatal vitamins for month, for you. I even started avoiding raw fish and soft cheeses. As much as I missed wine, it didn’t compare to the excitement that I felt thinking about meeting you.

We would be partners in crime for months. You and me, going to work. Taking shopping trips in the weekend. Hiking in the mountains during long weekends. We would read by the large windows in the living room when the weather was cold and rainy. We would snuggle your father every night as he chattered to you about rocket ships and space exploration.

I would be at my largest right at the peak of summer. Perfect for summer dresses and flowy shirts. This could not have worked out more perfectly. I wasn’t sure how it was going to work out, but all I know is that you are loved and that is going to be enough.

The only problem was that my period came as regularly as it ever did. Not even a day behind. I had loved the idea of being pregnant without ever even experiencing it. Due to years of abstinence-based sexual education, I believed all I needed to do was stop all birth control measures. But that wasn’t enough.

I thought back to the many “pregnancy” scares, where condoms had been used but my period arrived late. Had I been pregnant then and wished it away? How stupid had I been to wish away the thing I now wanted. Would it have been easier to get pregnant 10 years ago? Was it now too late?

I was in love with the idea of being pregnant. I had a full heart and so much wishful thinking. I had pretended to have bodily symptoms that never existed. I had believed in a future that was no longer available. I loved you, or the idea of you, but I shouldn’t have.

Because now I have nothing but cramps, bloating, and cravings for something salty, sour, and covered in chocolate. I should have never loved this unreachable dream. This idea that was going to be so difficult to obtain.

I sat with my husband and lost all composure. I began slamming my storm into his peace. I shatter his façade with my tears, his calm composure with my shutters, and our equilibrium was now in jeopardy. He never knew the dreams I had, the hopes I carried. He didn’t know the lose I had suffered. The heartbreak I was experiencing. This was the crescendo in our ballad.

Once the rain had cleared and a new month began, I could see the sun. My husband continues to be concerned that this storm will reach landfall monthly. I know it won’t. I have learned my lesson. I have learned not to love. To not experience something that never was. I know that our time will come. At least, that’s what I tell myself.

I never wanted to be a mom. I was an untethered soul. But I have changed. I have grown and felt and loved. I now feel jealousy and sadness and maybe even the tiniest bit of hope.

Wow I absolutely love this!

Thank you! That means a lot.