As Aella Boylen walked down the main street of Shiloh, she was a funny sight, her ears and face flushed strawberry bright from the cold. Her dwarvish body tramped through the snow loudly, her petite figure rounder by the many layers she had on. She walked past chocolate shops and Christmas stores that were desperately trying to get rid of their holiday merchandise before February. She walked past rows of boutiques and pubs before stopping at an odd, large bookstore labeled Boylen’s Books.

Removing a small key from her pocket, she stomped the snow off of her feet. Placing the key carefully in the keyhole, she turned it, opening the door with a creak.

As she stepped into the building, she inhaled deeply as she always did, taking in the crisp, delicious smell of books. She lovingly glanced at her bookstore, for Aella adored the store, which had belonged to her family as long as she could remember.

She turned the small sign hanging on the door from Closed to Open!, starting her daily rituals.

She flicked the old lightswitch, casting a bright fluorescent light on the rows and rows of books.

She quickly wandered through the sections, as she always did before the customers streamed into the store per usual. She always visited her favorite books before the day started.

Call her crazy, but Aella’s best friends were her books. She loved basking in their infinite knowledge. She craved the adventure that was advertised on their pages. Mostly, she loved the person she was around them. She wasn’t her usual awkward self. No, she was a knight, rescuing a beautiful princess. The next day she was a pegasus, soaring through the air on iridescent wings.

She stopped as she read the bright sign overhead. Self Help, it said in crystal clear letters.

Even though she herself had set up the section, Aella gulped as she looked at it. Aella was scared of it, as she was of all new and unfamiliar things.

She hated the way it made her feel like she needed help. She was average, normal and she didn’t need anyone.

Aella ventured into the section, her gaze rolling around the many books. It stopped on a book. She grabbed it, pulling it out from the shelf.

Don’t Be Nervous! 10 Ways To Improve Your Confidence And Reduce Anxiety, the title practically screamed.

She rolled her eyes, trying to act nonchalant. What bullshit.

She was trying her best to pretend. But knew that she couldn’t hide her emotions.

Aella knew that she needed this book, needed its knowledge. She wanted more than anything to grab it and start to read it.

However, she held back.

She put it back quickly as a bell sounded, indicating that a customer had arrived.

As Skylar Maxton opened the bookstore door, Aella ran to the door, ready to put on the facade of confidence that she tried to wear.

Although Skylar’s walk was arrogant and haughty, Aella noted the swagger and confidence in Skylar’s gait that was missing in her own. Skylar was popular and well-known in Shiloh. She owned, ran and coordinated everything from baby showers to fast food places at only 28 years old

Aella stared at Skylar as she came in. Aella didn’t hate Skylar or her egotism. Rather she tried to learn from her. The ears of Shiloh were constantly hearing about how Skylar was the person to be in Shiloh, and Aella believed them.

Aella knew that she could use some of Skylar’s confidence. She had always opted for the safer options. Aella thought of herself as an old sweater. Comforting and soft, but somehow too familiar, too awkward.

Skylar was a strange new variable. Like throwing a new ingredient into cookie dough and just hoping that it would turn out well. She barreled ahead, not seeming to need other people’s approvals.

Aella wondered if that was what everyone loved about Skylar, the fact that no matter what, she pushed ahead. Aella’s mother had onced asked her if Skylar’s consistency of perseverance was what was so attractive to everyone, especially Aella.

Aella kept her gaze fixated on Skylar as she continued on her way, shivering from the cold Scottish air. She dusted off her coat lightly, seemingly more for show than for practical purposes.

She turned away from Skylar to a small portly man walking into the bookstore.

“Nice to see you, Mr. Fracizcs,” Aella said, carefully trying to match his enthusiasm. Mr. F, as the children called him, was the mayor of sorts in Shiloh. Mr. Fracizcs was the epitome of a proper Shilan, well groomed, cheerful, helpful.

He passed her a small hardcover book, “I’d like to return this, please.”

“Of course,” Aella said, turning over the small book, “May I ask why you are returning it?”

Mr. Fracizcs fidgeted, looking down, “Well, my wife and I tried out the diet and exercises that the book suggested, but we weren’t losing weight fast enough.”

“Oh… okay,” Aella nodded. She herself was not very perseverant, so she understood what Mr. Fracizcs was saying. Skylar, unfortunately, did not.

Skylar walked over, “You can’t just quit, Mr. Fracizcs,” she said jabbing a finger into his face. She said this so fiercely that the smile fell right off of Mr. Fracizcs’s face.

“You’re just going to quit?” she said, handing the book back to him.

“Yes, we will! You can’t coordinate my diet program like all of your other companies. Stop trying to make everyone your charity case,” sputtered Mr. Fracizcs.

Aella winced, “Mr. Fracizcs, that was out of line.”

He muttered an apology as Skylar looked him over.

Skylar tutted, “I thought I knew you, Mr. Fracizcs. I thought your whole campaign was about perseverance.”

“Not gonna let me give up, eh?” Mr. Fracizcs said, while winking at them.

“Thank you ladies. I will try this again,” he said.

Mr. Fracizcs collected his book, seeming even more cheerful than when he came in. He whistled a tune as he left the store.

Skylar turned to Aella with a twinkle in her eye, “Wow, that was so badass.”

Aella laughed awkwardly, wondering why Skylar was still talking to her, “It sure was something.”

She fidgeted, grabbing a book from a nearby shelf. Neither of them talked as Aella flipped through the book.

Skylar flipped her long red hair over her shoulder and turned, heading for the rows of books. Aella trotted after her, eager to see where she was going.

Why would Skylar Maxton need a book from the Self Help Section, Aella thought.

“Everyone has problems, Aella,” Skylar said.

Crap! Aella cursed herself for saying that outloud. Her heartbeat started to speed up as it always did when she did something wrong.

“Why are you so nervous?” Skylar questioned curiously.

She sat down in a fetal position, cradling her head in her hands.

In her head, her mind turned into a dark place. It swallowed her whole, consuming her.

“Aella, breathe.“ An unfamiliar voice tore her out of the dark corner in her mind.

She opened her eyes, blinking from the sudden bright light. A beautiful angel stood over her, concern plastered all over her face.

“Aella,” the voice said, “Has this happened before?”

Aella rocked back and forth slowly, “Maybe.”

The voice went up a few octaves, “How could you have not told anyone? Aella, you need help.”

Aella stood up shakily, blinking harder. Skylar’s figure formed in front of her.

“No!” she said forcefully.

Aella started to walk away from Skylar.

Skylar stopped her, “You should get help, Aella. It doesn’t mean that there’s something wrong with you. It just is good for you.”

Skylar grabbed the same book that Aella had picked up earlier.

She pushed it into her hands before turning to leave.

Skylar stopped and turned around slowly, “Do you want my number? Just in case you need anything.”

She grabbed a piece of paper and pen out of her purse before Aella could say anything and scribbled a number on it in loopy cursive. She finished, kissing her on the cheek and handing the paper to a shocked Aella.

Aella waved, speechless as Skylar ran out of the shop, sounding the bright bell once again.

After the day in the bookstore, Aella did decide to get help. After calling an anxiety hotline, she got help and managed to start to live a normal life.

She finally felt confident enough to pursue what she has always wanted to do: teaching. Now she was happily teaching a college English class and was married to the love of her life.

I won’t give away too many details, but Aella and Skylar got married.

Aella’s life was practically perfect and she had a certain outspoken angel to thank for that. 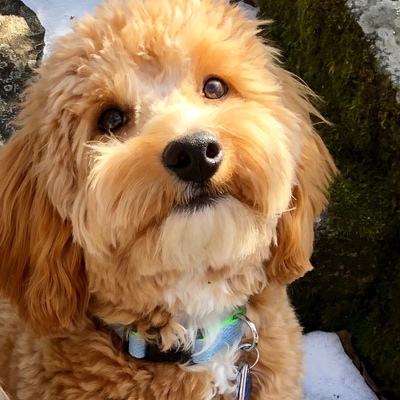 Loved this story! It tagged me in from the beginning through to the end. Well done and I hope you get nominated!🤞🏻

Thank you so much Mariyam! This means so much to me.

I absolutely loved the romance between your characters! All in all I love the progression of the protagonist. Amazing story overall!

Hard not to root for Aella. You've done a great job creating a relatable character by letting us see her vulnerabilities and apprehensions. Minor note: I would just be careful when saying she began "to live a normal life". Maybe try something such as "she was able to live the life she had always wanted" or something similar. Otherwise, this was a pleasure to read from beginning to end. Well done!

Thank you Sean! As for the “normal life” part, I completely agree with your rewording. I may have been just a little bit tired while writing and editing that last part. 😅

Been there many times. Keep up the awesome work!

I liked the part in which you mention the bright light and an angel. Great personification.

Hey Anastasia, I'm in love with your name! OK, now about the story, it was sooo- I don't have the exact words to say but I can assure you that I loved reading this piece of beauty. Your words were precisely chosen and that made it even better, keep it coming! ~ Inara

Hello! I apologize for the late reply, I have been MIA for a while. Thank you so much for your comment, this really brightened my day, and I’m glad you enjoyed the story! Thanks again for reading!