Cloudy with a Chance of Fog

Submitted for Contest #24 in response to: Write a thrilling adventure of a special agent who is harboring a paranormal secret.... view prompt

From the corner of my eye, I saw the suspect. Crap. I needed to act natural. I could not mess this up.

I kept my pace steady, even when he fell in line behind me. Taking out my phone, I called my supervisor.

"Agent Tay, is everything okay?"

"Is the suspect behind you?"

"Do you need backup?"

"I mean, preferably, I could go with some peppers..."

My eyes landed on a random house in front of me. "I'm at—"

The phone was ripped out of my hand, and in an instant, I heard a crack as someone stepped on it. I whirled around, gun in hand as I pointed it at him, only for him to knock it out of my hand and lunge for it.

I leapt on him as we rolled, both throwing punches at one another.

Punching his jaw, I leapt up as I waved my hand in front of me, creating fog that he couldn't see through. Seeing the gun in the fog, I ran to it and grabbed it, pointing it at him as I waved my hand again, fog disappearing. "Get down on the ground."

"Or what? You'll shoot me? Maybe create some more fog?" he sneered, stepping toward me.

"I think I want to, actually." He continued walking until his head was right at the barrel. "Go on, then. Shoot me."

I was quiet, before slowly lowering my hand. I needed to make him think I was weak.

And now I had the barrel of a gun pressed against my head.

I blinked, and the words were out of my mouth before I could stop them: "That gun has no ammo."

"Yeah? Wanna check?" he snarled, pushing the barrel into my forehead as I winced.

"Go on, then. Shoot me," I mocked. In that moment of hesitation, I used my own gun to hit him on the head, jumping back and waving my hand once more. Fog appeared out of nowhere, and I took the chance to run at him, tackling him once again as I grabbed handcuffs that were on my person, clicking them on his wrists. "Up."

I hauled him up as he smiled. That's not creepy at all.

"You called for backup. Agent Tay, are you okay?" My coworker asked, running up to me as police cars surrounded us, and I nodded.

"Really? Does your coworker know you have that skill of yours?"

I glared at him, scoffing, "Of course."

"Liar. Bet your supervisor told you all about me. How I'm dangerous," he spat, glowering at me.

"Get on the ground!" the police yelled, holding their guns out.

The man slowly smiled, ignoring the police. "Bet he didn't tell you about this." In a split second, he had jerked the handcuffs apart, and now I was against him with my own gun pressed to my head.

"Hey, hey, hang on! This isn't my fault! My supervisor told me to!" My words were all scrambled and high-pitched as I struggled.

"What're the chances of me harming or killing her right here and now unless ya'll let me go? Hm? Agent Tay, was it? You don't want to die or anything, do you?"

While I'd been in scarier situations than this, fear took over as I spat out, "What? No, you maniac!"

"Ouch. My feelings are hurt."

"Get on the ground now or we shoot you!" a police officer cried.

"Oh, go right ahead, please." When he saw they hesitated, he urged them on, "You can shoot me. It'll just kill the agent too. Sorry, officers. Gotta make a choice here. If not, I'll kill her in about... five seconds. How 'bout that?"

"You're not going to kill me. You're bluffing."

"You sure?" he cooed, clicking the trigger.

I flinched. "Yep." The word was forced. I whispered to him, "Another little skill I have: to know if someone is telling the truth or not."

"Lovely." He paused, leaning to whisper into my ear. "But they don't know that. As far as they're concerned, I could kill you at any second. Think they'll shoot you to get to me?"

"We have tasers and we're not afraid to use them!" one cop yelled.

"Obviously you are, or you wouldn't be stalling!" he shouted back at them. "And obviously you don't know that I have a bomb strapped to me that's set to go off in thirteen minutes! So if you want this agent to live, and yourselves, you best stop pointing those damn guns at me and run off before anything bad happens!"

"He's telling the truth!" The words were out of my mouth again. "Seriously, just let him go! It's not worth it!"

"Who cares about the supervisor? Our lives are more important! We need to let him go! Now!"

"So you do have some common sense, I see. Not all secret agents have that. I commend you," the man stated, then shouted at the police, "Well? Better hurry up, only got eight minutes left!"

"If you let her go—" One officer started to speak, only to get cut off.

"I'll let her go once you all leave."

The police slowly backed off, getting into their cars and driving off, leaving the man, my coworker, and I.

"I said everyone," he stated, staring at my coworker.

"I'm not leaving her, sorry," she stated while shrugging.

"Well, guess you'll both get your brains blown out."

"Go. You can leave me. It's okay." I blurted out, but she shook her head, standing her ground.

"Stubborn." He narrowed his eyes at her.

"I said go," I hissed as I blinked, imagining fog to come in from all angles to blind him, and to my surprise—fog did. I saw through the fog that she hesitated, but ended up running off. I took that moment to try to get out and elbow him in the stomach, only for him to hold me tighter and press the barrel a little deeper.

"Careful. I don't want to break your bones or anything," he said as the fog started to disappear. "Nine minutes."

"Sure you will. You're not the only one," he snorted. "Tell you what—if I let you go, tell them I'm dead, yeah? Tell 'em the bomb blew me up. Pretty please?"

"Sure you can." He held me even tighter, and I felt as though my bones were being shattered.

"Good." In an instant, he pushed me foward, and I landed on my hands and knees, jumping up seconds after. "You should go too. Just saying. That way." He pointed forward.

"Because I'm going to throw the bomb there, and that's where you're going, right? Right? Unless you want to be there when I throw it there, which is fine by me. Please. Make my life easier."

I lifted my hands, backing away, before turning and running. I heard his laughter as I ran, and out of instinct, let my hands open, fog pouring from them.

I glanced back to see him throw the bomb, and it landed in between him and I.

When I felt I was a safe distance away, I spun around just to check he wasn't following me, only to see him standing a safe distance away from the bomb. He was still smiling and when he saw me, he proceeded to wave just as the bomb detonated, blowing up the buildings as fog engulfed the area. Fear hit me, and I extended my hands, breathing shakily as I willed the fog to come to me.

The fog slowly started to go toward me, and my hands absorbed it all, only for me to see the buildings around be fallen, and the man had disappeared.

Narrowing my eyes, I turned around once more, taking out my phone and dialing my supervisor as I jogged back to headquarters. 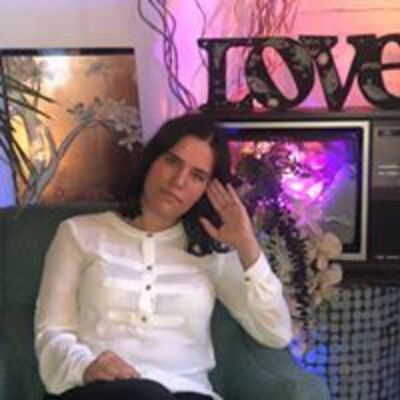