Submitted for Contest #24 in response to: Write a murder mystery with an amateur sleuth who must navigate a fantastical world in a quest to discover the truth.... view prompt

Goodwin couldn’t quite shake off the feeling that he was missing something. He closed his eyes. The house was quiet. Too quiet, he thought wryly, and winced at the cliche. Where were the gossiping neighbours, the reporters’ phones buzzing and chirping like insects? He had clicked off his radio so he could bloody well string two words together, but he couldn’t even hear the busybodies stomping through the daisies.

He stuck his fingers in his ears and swallowed hard. Sound rattled back with a pressurised pop.

Pressurised? His stomach lurched. He felt like his train had just rattled through a tunnel. When he was a kid he used to love the feeling, knowing that when they burst back into brightness they would be in the jagged Welsh valleys. It was like stepping into another world. If you chewed gum while you were stuck in the dark then it didn’t make you travel sick.

What he was absolutely certain of was that Miss Afflie’s kitchen was not a train. He was emphatically sure. Case closed, and the prosecution could sit on their missing person report and spin.

He opened his eyes and screamed. He could hear that.

“Easy, love.” A woman drawled, and splatted her hand down on his sweaty shoulder, “You don’t have to deafen me.”

“What?” he croaked, and stared wildly around. A white cliff soared in front of him. Water lapped at his ankles.

Dover! He thought, and then, more sensibly, Fridge!

Either that, or some Red Dwarf’er had painted the word SMEG in fifty foot capitals on the chalky landmark.

Goodwin stepped back. If he squinted he could tell himself that the fridge wasn’t enormous, it was just really close. Yes, that was it. He rolled his neck from side to side and imagined he could feel tiles pressing against his skull. He had fainted, and his sparking brain had told him that he had shrunk.

The world looked different when you were lying on the floor.

“Are you alright?” the woman peered at him, perplexed, “You look pale.”

“I’m having a seizure.” He said, very calmly. Too calmly. She pressed her hand to his forehead and then wiped it on her jeans. She was wearing wellies with thick rubber soles. Her feet didn’t slip in the mop-bucket puddle. When Goodwin stepped towards her he nearly flew into her arms.

“Yes, I do.” She said, and tilted her head to one side, “Would you like a cuppa, love? You look like death warmed up.”

He gulped, and nodded, and a few minutes later found himself with a thimble full of earl grey and a crumb of biscuit. He swung his feet up onto the table and noticed that it was an iPhone case.

“Great,” he grunted, “I’m having a tea party with the sodding Borrowers.”

“Less of that talk, if you don’t mind.” Kate said coolly. He mumbled an apology and stuffed his biscuit into his mouth. A huge grain of sugar burst onto his tongue.

“Three. Is size important to you?”

He was about to snap an answer when his brain caught up. He sighed and pretended he hadn’t seen the mischievous spark in her eyes. She was quite pretty, in a miniscule way. You’d have to take her to the cinema with a magnifying glass and a megaphone, but it would be worth it.

“Please tell me what’s going on.” He said weakly. She leaned forward and rested her elbows on her knees.

“My rent went up last summer.”

“Oh, that explains everything!”

“Are you going to listen or just quip at me? For a tiny man you have a big mouth.” She sighed and sipped her own tea, “I was aiming for a promotion at work, but HR said they couldn’t stretch to it. I came home and watched telly for a while. I’d been saving up for a bigger TV. I looked at my paycheque and realised that all of that money was just going to pay the bills. Do you have any idea how much food I get through in a week? Or how much water it takes to fill the tub? Now I can fill a saucepan and swim around in it.”

Goodwin laughed wildly, “You shrank yourself because of your water bill?”

She nodded seriously. The policeman snorted and folded his arms.

“You’re having me on. If you had the technology to do that, you could sell it and make a mint.”

“Technology?” she laughed and shook her head, “No. I just figured out it’d be easier if I shrank, so I did. When I go to work I change back.”

“You can change back? I thought… if you disappeared… then you were stuck like this.”

Kate blinked at him and then, without warning, swelled up. Her arms and hands and fingers and naked toes became hairs and pores and beads of salty sweat. Her clothes transformed into fluffy stitches. Goodwin tore his eyes away before he could see if the dust mites grew bigger, too. She beamed down at him, and then shrank as quickly as she had grown. Then she rammed her biscuit into her mouth and chewed.

“I always get dizzy. I think it’s altitude sickness.” The woman grunted. Her tone suddenly became business-like, “I signed off for two weeks. I’d been saving up my holidays to watch my lovely new TV.”

Kate gestured into a corner, where a scratched smartphone was propped against a baked bean tin. It was paused on an episode of some reality show. A supermodel beamed out at them from a headdress made out of silver spoons. And why not? That detail, more than anything else, made something in Goodwin’s mind go twang!

“I bet that idiot Pat forgot I was on my hols. I blocked the office on purpose. Silly cow kept calling me in for overtime…” Kate hesitated and peered at Goodwin, “Are you alright?”

“Half left,” he snorted, and started laughing again, “All right, half left! And all together I’m two inches high!”

“Three inches!” he guffawed, and shook his head, “You’d better come down to the station tomorrow and clear things up.”

“Alright.” She stood up and smiled crookedly, “Half left. Are you going to be okay to get home?”

He smothered a giggle with his hands and stood up. When he turned his back on the woman his stomach lurched again. The world shrank around him. He swallowed to make his ears pop, and then staggered dizzily over to the fridge.

Goodwin rested his head on the tiny steel letters and laughed hopelessly. She was probably watching him. He could imagine the lightness in her eyes. She had pretty eyes. Tiny green shards surrounded by soft red lashes. They had gleamed when she laughed.

When he staggered away, he slipped in the puddle. The table crunched under his heel.

This story has great detail to it and smooth transitioning however perhaps having a bit more to the ending next time will make it all the better?

Yeah probably! I always want to do wham endings and sometimes it just doesn't hit the mark. 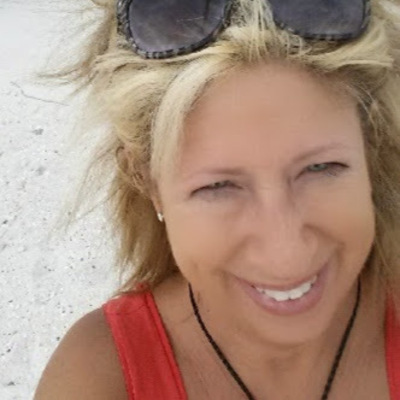 Wham! You did it. Awesome story :)

:D the end! Very believably written... I wish I could do that, could save a lot of money myself! :D