I played it off as if it was Maddie’s begging that finally convinced me to go to the cabin. It’d been a year since I’d seen my best friend, and I just couldn’t say no. But Lou was going to be there, too. And that was the real deciding factor.

We drove separately, because Maddie said it was about time I stayed the night with someone, and she didn’t want to impose by asking for a ride home. I snorted and responded with an inconspicuous thumbs down emoji, as I was too scared to tell her how I’d never felt sexual attraction, and how I’d never feel it. Maddie saw my virginity as a challenge, something to be conquered, a monster to be slain, and I didn’t want to sully her fun. I didn’t want anyone to know, really; I didn’t want them to think differently of me. So yes, we took separate cars, and yes, I waited an extra ten minutes in the cabin’s driveway, as Maddie was late as usual, and yes, it was worth it. I stared at the slowly dimming sky and kept my music playing, trying to zone out and relax. I shivered. Thin snow fell silently outside. It wouldn’t stick.

When she finally arrived, we greeted each other with, so how’s college?, and, so how’s high school?, and, it’s so nice to see you again, and, I missed you so much. And then we were inside, the air warm, the music loud, the small clumps of bodies whispering and giggling together. I was adjusting. Maddie was beaming.

She went immediately to the drinks. “You drink yet?” she asked, and I shook my head. “Well,” she said, “Now’s a perfect time to start.” She thrust a plastic cup half-filled with punch in my direction. Reluctantly, I took the cup, and allowed myself a sip. It didn’t taste great; the alcohol was evident. But I continued to sip; I wouldn’t dare disappoint Maddie. “I think Katie’s here,” I said, and we looked around for another familiar face. A project to break the awkwardness. I searched for a second face, as well, and when I found it, when I found him, I acted as if it made no difference to me.

When it became apparent that Katie wasn’t at the cabin, we settled down in the living room, me on the couch and her on the floor, resting her elbow on the wooden coffee table.

I said: “Nonexistent.” We laughed.

“Man, we have to find you a date. You’re always complaining about being single, just do something about it.”

“Try harder! Isn’t Lou here today? Didn’t you have a crush on him?”

“Fucking talk to him!”

I took a sip. Then another.

“Well, you know, we used to be friends back in middle school, and I used to be such an ass, and he definitely remembers that, and, like, I dunno, if I knew me in middle school I’d hate me too so I’m pretty fuckin’ sure he hates me.” And I took another sip.

“You should still just try and talk to him. Then you’ll at least know.”

“And we’re at a party! I know I said I’d get you laid but if you really want to just leave you’re free to do so.” she put her hand on my knee.

We sat in silence for a moment. Then, Maddie whispered: “Are you okay, Evan?” she looked up at me, slight worry in her eyes. She’d already finished her cup.

“You just seem kinda off, you know? Like, quiet. Quieter than usual, I guess. If something’s bothering you, you can tell me, okay?”

She nodded and smiled back.

“I think I’m gonna look for Lou,” I said, and stood. She playfully smacked my thigh, “Go get ‘em!” She said, standing as well. “I’ll be at the drinks.”

But I didn’t. I just wandered the old cabin, beautiful and lush with history and personality. Wooden walls, floors, and doors. Fairy lights hanging on every window. Paintings of far away landscapes plastering the walls.

Slowly, I walked through the clouds of smoke, taking reluctant sips of my bitter punch. I wanted to leave, but I didn’t want to leave. So I just walked. Katie eventually arrived, and Maddie and I rejoiced. A new partygoer, a new scapegoat, a new conversation. Soon, though, the smoke got heavier, and the music got louder, and so I said, “I have to go to the bathroom,” and I stood, leaving my friends once more, my confidence left behind, as well, in my place on that light brown couch. And when I saw the dark, empty guest bedroom, I dipped in and sat on the bed, placed my head in my hands, and closed my eyes. Sighed. This is so stupid, I thought as I plugged in my earbuds and laid down. Only an hour until midnight. I closed my eyes and let the music calm me.

I fingered at my empty plastic cup and watched it bend beneath my grasp. A small drop of punch fell onto my shirt, but I didn’t care. I just rolled over and put the cup down on the nightstand.

The door opened. A young man sat down on the bed, unaware of my skinny legs just inches behind his back. I pulled out my earbuds and whispered, “Hello?”

He gasped and turned on the light. “Shit, sorry,” he whispered. He rested his hand on his heart. “Evan?” He rubbed his eyes.

We sat there for a moment, staring at each other. I gulped. “What are you doing in here?” I asked.

“I dunno. Just needed a break, I guess.”

“Listen, man,” I whispered, “I’m… I’m sorry. I know this is, like, super out of the blue, but… I’m sorry. I used to be such an asshole in middle school, to you, I mean, and I never really said I was sorry, but I really am. I’m so, so sorry. You deserved better. Even if it was sixth grade, even if we’re all dumb in middle school, I treated you the wrong way, and I don’t know if you remember it, but I do. I just… I hope I never hurt you. And I’ve wanted to be your friend again for such a long time now, you know, and I don’t know why… I just… I really wanted to talk to you again. I still do.” I gulped. “You know, you were one of the first friends I ever had, when I moved here. I never really thanked you for that, so… thank you. You meant a lot to me, back then, you know. You had such a wonderful affect on my life,” a tear streaked slowly down my cheek, but I hid it away with a nervous chuckle. “I’ll never forget how happy you made me, even when I was so confused and angry and scared. You were there, you were with me. And I just… I miss you, I guess. I’m sorry.”

I was crying then. Maybe it was the drink, maybe it was the low lights, maybe it was the end of the world. Maybe it was the loss of a childhood best friend, a person I’d felt such a strong connection with that now pretended not to notice me in the hallways. Maybe it was his stare, his blank face, the sadness in his eyes. He rested his palm on my hand and slowly curled his fingers around mine. He emanated warmth. Gently, he pulled me into him, into his chest, and I cried harder, as I laid there, my itchy dry skin against his slowly-dampening shirt, my salty tears staining him. He pushed my hair behind my ear and whispered, “It’s okay, man, it’s okay.” I sobbed. He laid back, into the bed.

And we stayed there.

I fell asleep and so did he.

He was one of those people I’d always wanted to apologize to, always wanted to say something to. We’d grown apart many years ago but he still had a prominent place in my heart. And when he whispered, “I forgive you,” I smiled against his warmth, and I raised my hand to his cheek and felt its quiet wetness on my cold fingers. He didn’t move. He didn’t make a noise. I was too scared to ask him if he ever thought of me, nowadays, so I drifted back into the guest bedroom’s peacefulness.

And, when I woke up, I gathered my things and left the cabin. I didn’t say goodbye, I didn’t call Maddie, I didn’t turn on my phone. I just got in the car and backed out of the driveway. I could still smell him on me.

The snow had stuck, that night.

I listened to a soft song, one I had added to my playlist almost a year ago now, after watching a movie that changed my life. A movie that reminded me of him. I didn’t sing along; instead, I remembered. 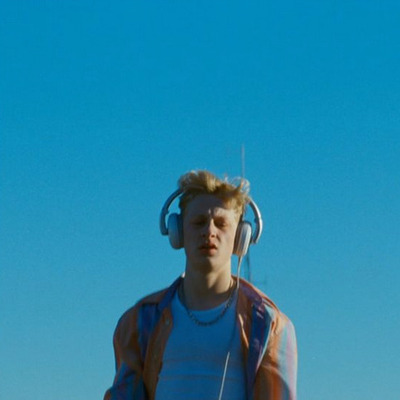