Submitted for Contest #23 in response to: Write a short story about people stuck in traffic during a blizzard. There's nothing much to do but wait, and talk...... view prompt

'You're listening to Hyper Drive with DJ Doe! Drive safely everyone!'

The radio show host's voice rang in Chelsea's ears as she stared out of the window. She shifted her petite frame in the heated leather seat of her girlfriend’s Jeep and tried to settle in. It was going to be a long ride home in the traffic; all she wanted to do was climb into bed.

Kelly sang along to the radio and tapped her steering wheel. They were playing It Never Rains by Tony! Toni! Tone! and Kelly was into it. She had taken out the bun she'd worn to work that day and was swinging her head to the beat. The smell of tropical island shampoo wafting from her long wavy hair was amplified by the heat from the car’s vents. She was in an effortlessly good mood despite the traffic.

"I know it's snowing but got damn! People can't drive!" Kelly laughed. When Chelsea didn't chime in with a joke Kelly glanced over at her. Chelsea's cashmere covered arms were crossed over her chest; a solemn look was painted on her beautiful dark brown face. "Is everything ok baby?"

"Huh? Yeah babe…” Chelsea said not even bothering to look Kelly's way. Kelly tried to get a look at Chelsea’s face without taking her eyes off the road for too long, they were moving at a slow and steady pace but the old Volkswagen in front of them kept hitting their breaks, she didn’t want to take any chances and accidently rear-end them. She decided to finish up her duet with the radio.

‘I know it’s a blizzard out there right now so to warm you on up, I got Nelly’s Hot in Herre up next!’

“Could you turn on your music? This DJ gets on my nerves." Chelsea groaned. Kelly tapped the touch screen, changed the audio to iPhone and cued up her R&B playlist without responding.

She was positive there was something disturbing Chelsea. She had just picked her up from work and Chelsea hated her job, so maybe something happened there. It was also snowing pretty badly in Cincinnati that day, you could barely see a mile ahead, they were stuck in bumper to bumper traffic and that would be enough to zone anyone out. But the way she was acting made Kelly think it was something else entirely that was bothering her. Chelsea was usually bubbly, talkative and attentive with Kelly but at that moment, she felt miles away.

"You sure everything is alright?" Kelly asked again taking quick looks between her lover and the Volkswagen.

"Honestly, no, but I don't really want to talk about it right now." Chelsea sighed as she watched the snowflakes pile on top of everything. The snow piled on the slow moving cars next to them, on the quickly disappearing asphalt, on the trees and grass that lined the expressway. Though the snow fell gracefully, if enough piled up, it would become frozen, solid and heavy. Things were feeling that way with everything that had been happening in her life lately. She took on each new task and challenge gracefully but things were starting to get heavy. She felt guilty not sharing things with Kelly but her lover was another layer of snow in what felt like an impeding avalanche. Chelsea knew she hadn't been herself lately and Kelly had been nothing but understanding, that only made Chelsea feel worse.

"Well, whatever is bothering you, I'm always here for you babe…" Kelly firmly grasped Chelsea's small thigh and tears started to roll down Chelsea's face. "Baby?"

"There's just a lot going on for me right now. With my birthday coming up, I think I'm just feeling particularly shitty about how my life is going right now. I'm turning 25 and my life looks absolutely nothing like I thought it would at this point. I'm doing nothing with this expensive communications degree, I'm in debt up to my neck, I barely have a savings, my friends are drifting away from me, and I still don't like my body. You're the only thing going right in my life at the moment and even that is complicated!"

Kelly had turned the music down and was listening to Chelsea's words intently. They stung her heart like they were her own feelings. "We're complicated?"

"I haven't spoken to my parents in months Kelly. They won't answer my phone calls or respond to my messages..." Chelsea's voice cracked, her eyes were starting to get puffy.

Chelsea took a labored breath between her sobs and put her head against the cold window.

"It's going to take them some time Sea. You've only been out, what, 4 years? Even after you told them you were attracted to women, this is your first serious relationship with a woman. They love you this is just something that's hard for them to understand.”

“I just don’t understand why they can’t be happy for me. What’s so bad about being in love with someone? And even if they don’t like my relationship, why does that warrant excommunication?” Chelsea was starting to get louder with each word, the pain extremely evident.

“I've never had my parents in my life so I can only imagine what it would feel like having them and then all of a sudden they aren't talking to you because of something like this but as someone who has had to build a family I can tell you that I have your back. And until they come to their senses and you all can work on your relationship, you always have a father and mother in God, right baby?" Kelly spoke to Chelsea gently and took her hand. "Right?"

"Right... thank you baby. Seriously..." Chelsea wiped her tears with the back of her hand and leaned over to kiss her girlfriend. Kelly could taste Chelsea's salty tears, she was just grateful to be able to speak some life into her.

"As for everything else, I guess we're going to be meal prepping and hitting the gym and I'm going to be on you about spending some of you time off of work building that portfolio. Do you know how gorgeous, smart and talented you are? I know you can do it and I'm rooting for you, I'm your biggest fan woman!"

Chelsea let out a giggle.

"There we go! And it looks like the traffic is picking up. What do you think about stopping for a bottle of wine before we go home? I'll make us some dinner and we can dance around the living room?" Kelly smiled wide, still holding on to Chelsea's hand.

"I'd like that a lot." Chelsea looked back out of the window as Kelly picked up speed along with the traffic. It was still snowing but Chelsea didn't notice the snow piling up now, she only noticed how they turned to slush as they hit the window. 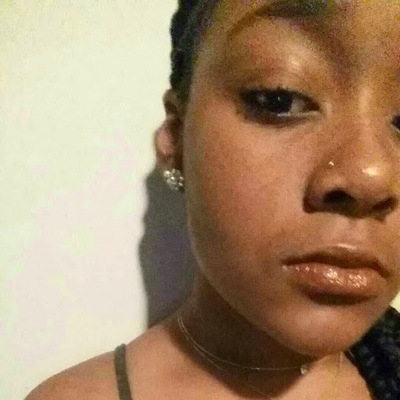 This is beautiful! I love it!

I liked the metaphor about snow being beautiful but how it can pile up and become heavy. I also liked the message of being loving and understanding towards people even when they are not that way towards you. I think that it takes a lot of strength but it is a good way to help the other person stop and re-evaluate their perspective towards others. One point for improvement: since you were narrating from the point of view of both characters in the story it was hard in a couple places to track which character’s thoughts were being narrated at...

Thanks so much! I really appreciate your critique as well! Noted for next time :)