This Could be Funny

His name is Osas, an average Nigerian man in a foreign country learning a foreign language and eating foreign meals. Always the average male. He did not have a real home like a house where you go to and get warmth and knowledge that it is yours forever. No! He had nothing of that sort. He had a little rented apartment that smelt of beer and the deep stench of failure. Not that it mattered either way, of course for Osas was simply like that, didn't even know how not to be a total failure.

He had a wife before. It was back when he could afford one and all his friends were getting married too. He saw her, liked her and married her. She got pregnant and they had a daughter. They called her Iwinosa, Winnie for short and she loved her and he loved her too. Then on her fifth birthday, she fell sick. She didn't last a week at that. She just died.

It was so fast, the death, that it probably did not hurt her as she breathe her last in this cold sad world. But her death was the start of his very own defeat, it signaled the start of the ball of gigantic failure in his heart.

Soon after, his beloved wife left him, said she was sorry but her life was somewhere else with some other man. It was for the best, she insisted. He let her go, sadly.

Osas worked for his uncle, Mr. Igbineweka, and although the pay seemed nice, it wasn't enough to pay for all those empty bottles of beer sprawled in his living room. And his bedroom. And the kitchen too.

Then one day he told himself he'd get rid of the alcohol and at first, it seemed he could do it but when he heard his wife was married now and had a son, he fell back into his habit and broke two bottles while at it.

Frankly, it was these incidences that led his good uncle to make a decision that would alter his life. He told Osas to leave the company. It was December and Osas was standing in his office when he made the pronouncement. Outside, the city was bustling with laughter and merriment and oddly, anger. He fell in that category in that moment of his dismissal.

"But uncle you can't do this, please! I have nothing."

"You could have built a house or bought a car or traveled around the world but you choose alcohol. It isn't anyone's fault but yours. You've got to accept that."

The uncle shook his head and remained silent for a few minutes. In those silent minutes, Osas felt like dying, he could already picture his suicide note placed on the table in his small kitchen amidst all the bottles while his lifeless form would be hanging from the ceiling in his room. What a sad sight.

"I'm sorry, but there is nothing I can do about it and we both know it. Your attitude has done a lot of damage to this company and we cannot have more of that."

"Give me a chance then."

"If I do that, my workers will find that I'm being partial because you're my nephew. So I can do nothing, I'm sorry."

The conversation was over.

Osas walked home because he had forgotten to call a cab. In the street, the people were walking, smiling and talking excitedly. One man was sitting by a bench and holding a lady's hands. They were laughing and all Osas could think of at that moment was how happy they looked.

Not one of these people knew Osas and no one cared. Osas sat on one of those benches and later two young ladies came too. One was going through her iPhone while the other was reading a magazine. They looked like nothing was wrong in their lives, surely they were not to know the man sitting beside them on the bench was going to commit suicide. Even if they had, would they have been able to save a man who had craved for this kind of release since his child died?

He got home at noon. His neighbor's cat was making a scratching sound and he could hear the television turned on. He hated the sound because it reminded him of life and he had nothing to live for.

He drank beer and gin and with dizzying force wrote a note wherein he gave little details. He simply said he was tired and had no choice. The world gave him just one.

Oddly, he fell asleep right after. He awoke hours later in an inn. There was snow outside. His room had its own furnace and bath but this wasn't the room he'd always known. This was different. He climbed out of bed or maybe he leaped out in total confusion. He heard trucks roll past his door and he pulled the door open. He gazed wildly at nothing in particular, after which he moved downstairs and into the kitchen.

The maids all seemed to be in a hurry and no one of them noticed him. He called out to them but they did not hear him or reach out to him. He leaned in and took out a bagel. He was hungry. Over at the door, he saw a big coat and he walked over to it. He took it and wore it and immediately felt so warm he started to sweat.

He pulled the door open and stepped into the cold of the new city. This wasn't South Africa, he knew. This wasn't the city he'd fallen asleep in. This was different.

There was no one in sight to ask his questions, the ones bugging him. The maids would not listen to him so he knew he had to find a way to get answers. He had to go back home.

He began walking in the fresh snow, marveling at the way it fell and hit the floor. It was beautiful. He had walked maybe a mile or so before his feet caught something and he fell hard on the snow-covered ground. He picked it up. It was a little metal object and he thought he'd probably study it later.

He started walking again. He thought he heard someone behind him. He turned back sharply. There was no one. But he moved no further. He looked down at his feet and then at the way he had come, there was not a single footprint in the snow. He thought it was silly so he moved on a bit then stopped and studied it. The result was the same: he was making no footprint in the snow.

His eyes started to water and his hands started to shake. He stood in the mass of fallen snow with no sense of direction. He knew nothing. He was ignorant of the world he was in and it sort of scared him senseless. He was breathing hard now, not from the cold, but from fear.

He began to run. He kept telling himself it was all a strange misunderstanding but as he ran nothing came into view. When at last he stopped and stood there, turning around, he saw not the inn from where he'd first awaken from nor the place where he had first discovered no footprints in the snow. There was nothing except miles and miles of isolation. There was snow everywhere he looked and it wasn't beautiful anymore.

He knelt to the floor and screamed out in terror. That scream tore out of his mouth wildly that it hurt his lungs. And all this while there was no one to tell him something he just might as well soon discover: Osas was dead. 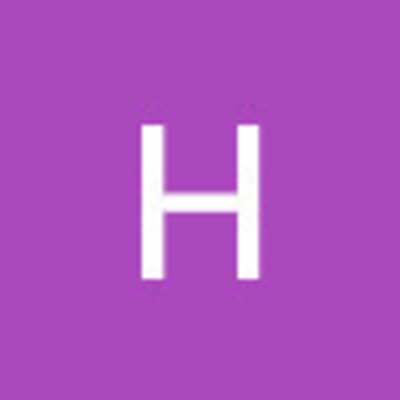 Wow... Nice piece you've got dear. Perfect ending I must say. The names seems Benin Please! How can I reach out to you ma'am

That's because its Benin...thanks. How can I get your Gmail?